Presentation on theme: "POLITICAL SPECTRUM Radical Total Change Believe in violence for the good of the cause is fine (Campus riots, 1960’s."— Presentation transcript:

3 Radical Total Change Believe in violence for the good of the cause is fine (Campus riots, 1960’s

4 Liberal Support change Good things – plan for it, should be legal.

5 “Middle of the Road” Benefit both sides Independents Moderate

6 Conservative Must prove change will be a benefit (If it ain’t broke, don’t fix it!) Oppose change

9 Liberal: tend to favor change or try new ideas, not bound by tradition

10 Moderate: “Middle of the Road”, not extreme, try to get support from liberals and conservatives

12 2. Became the Republican Party in 1854 – formed by people who opposed slavery

19 Third Parties 1. No third party has ever won a presidential election 2. They have affected election results

20 3. They propose ideas that are eventually adopted by major political parties.

21 4. Populist Party of the 1890’s called for direct election of senators and an eight hour workday.

25 3)Roosevelt took away votes from the Republican, Wm. Howard Taft so that the Democrat, Woodrow Wilson won the election.

30 In a multiparty system, one party rarely wins enough support to control the government, so several parties must work together.

32 Today’s Political Parties 1. Basic difference – how much government should be involved in the lives of Americans.

34 2)Republicans: want less government regulation If economy grows, the poor will be able to find jobs and meet their own needs.

35 2. Avoid extreme positions on issues in order to get the most votes

36 3. Platform:made up of all the planks for the party- series of statements expressing where the party stands on the issues

Download ppt "POLITICAL SPECTRUM Radical Total Change Believe in violence for the good of the cause is fine (Campus riots, 1960’s." 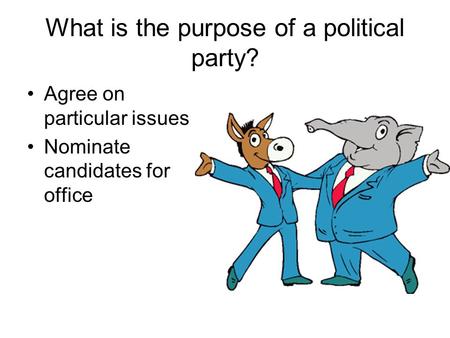 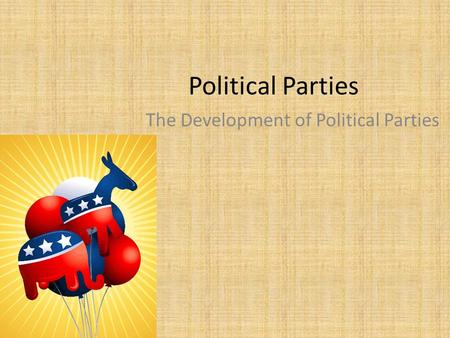 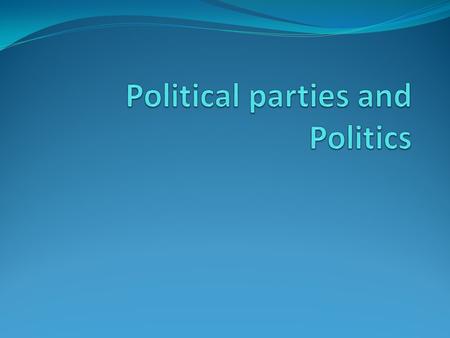 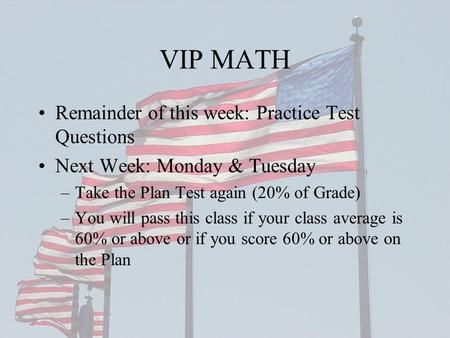