1 Development of American Political Parties
The Two-Party System Civics 11:1 Civics by George Cassutto © 2004 published by Teaching Point as part of the Expert Systems for Teachers SeriesTM

2 What Is a Political Party?
A political party is a group of citizens who agree on major issues facing the nation. These groups work to create public policies that reflect their views. Parties choose, or nominate, people they want to elect to public office. These candidates campaign to get elected.

3 Parties in the US Any American citizen may join a political party regardless of age, but most members are eighteen or older. The United States has a two-party system. The Republicans emerged as a major party in 1860 with the election of Abraham Lincoln. The Democratic Party formed under Andrew Jackson twenty years earlier.

4 Hamilton vs. Jefferson Political parties first emerged when followers of Alexander Hamilton and Thomas Jefferson disagreed over major issues on the Constitution and government. Jefferson’s group took the name Democratic-Republicans. Due to experience with Britain, they feared a powerful central government. They wanted the states to hold greater power. Hamilton championed a strong national government with a powerful chief executive. His followers called themselves Federalists, after those who supported the Constitution.

5 Jacksonian Democracy Reigns
In 1828, the farmers and small business owners who made up Jefferson’s party, calling themselves the Democratic Party, nominated Andrew Jackson. He stood for the common citizen, but looked out for southern and western interests. Those who did not support Jackson formed their own party called Whigs, after a Scottish political leader. Their real name was the National Republican Party. The Whigs and Democrats made up the two key parties in American politics for two decades.

6 The Two Major Parties Emerge
In 1854 Whigs, former Free Soil Party members, and ex-Democrats formed the Republican Party to oppose the spread of slavery in US territories. The Whigs faded from American politics leaving the Democrats and Republicans in a two-party system that has dominated American politics ever since.

7 Ralph Nader, Green Party Candidate, 2000
Third Parties Any party other than the two major parties can be called a “Third party.” No third party has ever gained control of the White House. Sometimes, third parties win seats in Congress or gain office in lower levels of government. When these smaller groups challenge the two major parties, they can change the outcome of elections. Their most important role is to influence policy on one or more issues. Ralph Nader, Green Party Candidate, 2000

8 Third Parties at the Turn of the Century
In the late 1800s, the People’s Party, or “Populists” became popular. They had the support of farmers and workers who called for better working conditions. They never succeeded in getting a national candidate into office, many of their ideas on workers’ rights became laws in the 20th Century.

9 The Republicans Split Former Republican President Theodore Roosevelt left the Republican Party and was nominated by the Progressive Party. It was nicknamed the “Bull Moose Party” because TR said he was “fit as a Bull Moose”. TR split the 1912 Republican vote, allowing Democrat Woodrow Wilson to defeat President William H. Taft.

10 Ideological Third Parties
An ideology is a body of ideas put forth by a person or group. Minor third parties are often formed to support a specific issue. These rise and fall over time. Ideological parties want to change society in major ways. The Socialist and Communist Parties want to nationalize major industries. The Green Party calls for companies to respect the environment.

11 Cult of Personality Some third parties form from the efforts of famous people. If they cannot gain support from one of the major parties, they form their own. H. Ross Perot’s Reform Party was a force in the 1992 and 1996 elections. This party also placed pro wrestler Jesse Ventura in the governor’s mansion in Minnesota. These parties usually fade after their candidate is defeated.

12 The Odds Are Against Them
It is difficult for third parties candidates to raise enough money to compete with the major parties. Only one candidate can win in a given district. Usually the winner is either Democratic or Republican. Third-party candidates must show they have support by getting voter signatures to even be placed on the ballot for national office.

13 American Politics Today
Democrats usually feel that the federal government has a responsibility to help the poor through government intervention. Democrats are generally seen as liberal. Republicans hold the view that leaving the economy alone will allow for growth, giving people greater ability to help themselves. They believe in less regulation. Republicans are viewed as being conservative.

14 Parties Move Towards The Center
A platform is a statement that puts forth the party's positions on issues. Each individual issue is called a plank. Both parties want votes. As a result, parties become more moderate in their platforms, moving away from extreme positions. The American people generally agree about many issues. This unity forces the two parties toward the center of the political spectrum.

15 Party Systems in other Countries
Most democracies have multi-party systems. One party rarely wins the number of seats in the Parliament needed to control the government. This instability forces several parties to cooperate in running the government. When parties work together to pass laws, a coalition has been formed. If a small party pulls its support, the government can collapse and new elections must be held. This process occurs in nations with a parliamentary system of government. The US has a presidential system and a Congress rather than a prime minister and a parliament.

16 Following The Party Line
A one-party system cannot exist in a democracy. There is no choice of candidates in the elections. Opposition parties are usually banned. Communist China, Cuba, and North Korea operate under one-party systems. One-party systems may be based on other ideologies such as religion. Iran's Islamic Republican Party has established a Muslim state. This type of religion-based government is called a theocracy. Communist Party Congress, China In a one-party system, the government and party are synonymous. 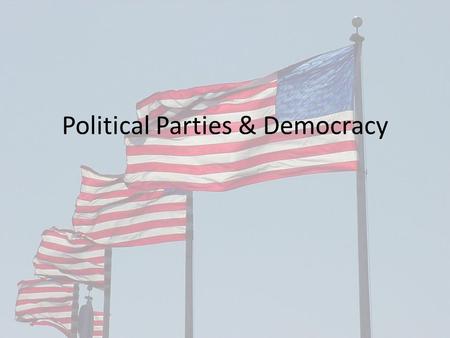 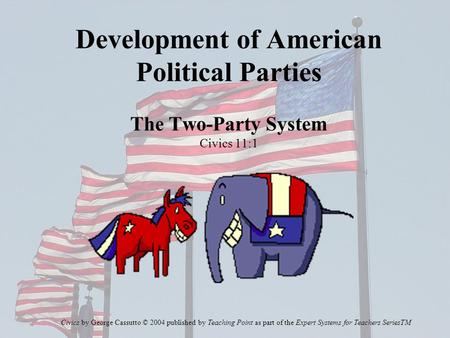 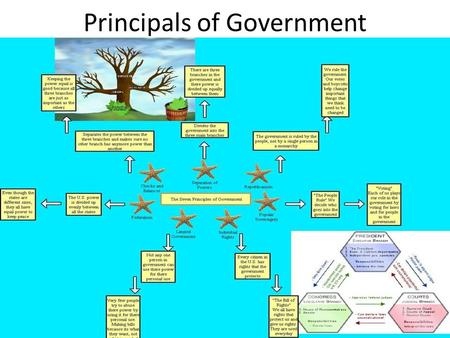 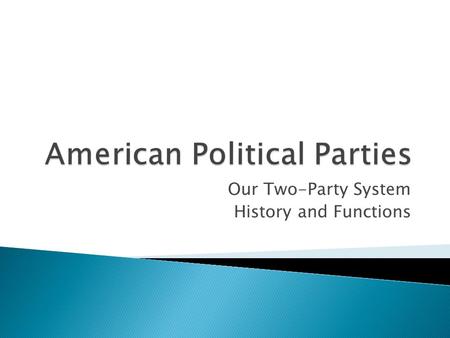