2 GPS: S7L4 Students will examine the dependence of organisms on one another and their environments.

5 5 Levels of Environmental Organization
4th level – Ecosystem a community of organisms and their abiotic environment, such as the rain forest or desert 5th level – Biosphere the part of the Earth where life exists Includes any organism found in the air, land and water

6 Autotrophs A group of organisms that can make their own food by using energy from their surroundings Autotrophs are also called producers because they produce all of the food that heterotrophs use Without autotrophs, there would be no life on this planet Ex. Plants and Algae

7 Autotrophs Chemotrophs
Autotrophs that get their energy from inorganic substances, such as salt Live deep down in the ocean where there is no sunlight Ex. Bacteria and Deep Sea Worms

8 Heterotrophs Organisms that cannot make their own food
Another term for heterotroph is consumer because they need to consume other organisms to obtain energy and nutrients Ex. Rabbits, Deer, Mushrooms

9 Heterotrophs Consumers
1. Scavengers/Detritivores – feed on the tissue of dead organisms (both plants and animals) Ex. – Vultures, Crows, and Shrimp

13 Heterotrophs Consumers
5. Decomposers – absorb any dead material and break it down into simple nutrients or fertilizers Ex. – Bacteria and Mushrooms

14 GPS: S7L4b Students will explain that in a food web, sunlight is the source of energy and that this energy moves from organism to organism.

16 Trophic Levels Each step in this transfer of energy is known as a trophic level The main trophic levels are producers, consumers, and decomposers Only 10% of the energy from one trophic level is transferred to the next – this is called the 10% law

17 GPS: S7L4a Students will demonstrate that in a food web matter is transferred from one organism to another and can recycle between organisms and their environments.

19 Food Web In most ecosystems, organisms eat more than one thing
When more organisms are involved, it is known as a FOOD WEB – a system of many connected food chains in an ecosystem Food webs are more complex than food chains and involve lots of organisms

22 GPS: S7L4d Students will categorize relationships between organisms that are competitive or mutually beneficial.

23 Types of Interactions There are four main ways that individuals and populations affect one another in an ecosystem: Competition Predator and prey Symbiosis Coevolution

26 Types of Interactions Coevolution occurs when a long-term change happens in two species because of their close relationship Ex: The relationship between some flowers and the organisms that pollinate them. Flowers need to attract pollinators to help them reproduce. Different flowers have evolved different ways to attract pollinators; some use color or odors, while others use nectar as a food reward.

27 GPS: S7L4c Students will recognize that changes in environmental conditions can affect the survival of both individuals and entire species.

28 Ecological Succession
A change in the community in which new populations of organisms gradually replace existing ones 1. Primary Succession – occurs in an area where there are no existing communities and for some reason (s) a new community of organisms move into the area

29 Ecological Succession
A change in the community in which new populations of organisms gradually replace existing ones 2. Secondary Succession – occurs in an area where an existing community is partially damaged

30 Ecological Succession
A change in the community in which new populations of organisms gradually replace existing ones 3. Climax Community – a community that is stable and has a great diversity of organisms 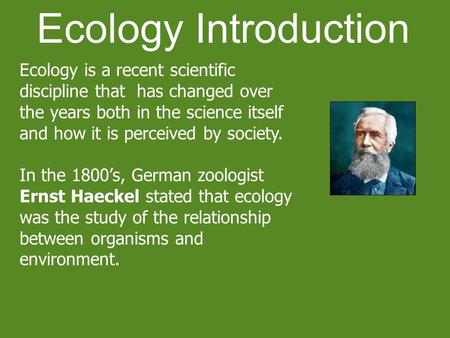 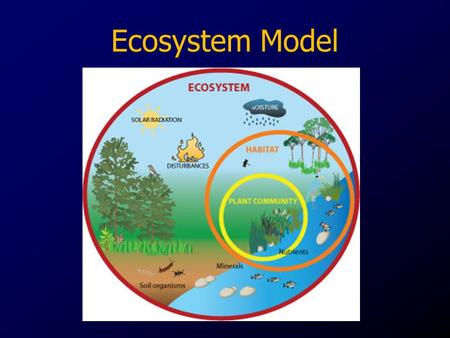 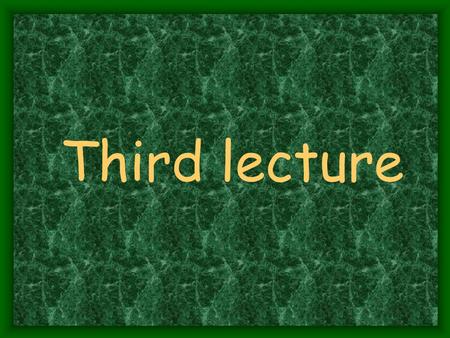 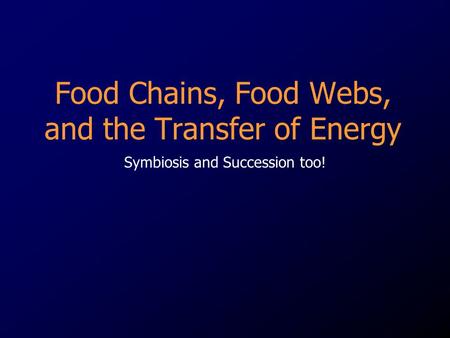