Presentation on theme: " All organisms use resources to maintain their existence and the use of these resources has an impact on the environment  Currently, the Earth is experiencing."— Presentation transcript:

2  All organisms use resources to maintain their existence and the use of these resources has an impact on the environment  Currently, the Earth is experiencing a population explosion  As populations increase, the demand for resources also increases

5 Each year in the United States alone, a typical person consumes resources equal to the renewable yield from approximately 12.35 acres of forest and farmland!

6  Modern societies, such as ours, require large amounts of land resources  Unfortunately, the extraction of these disturbs large areas of the Earth’s surface through surface mining and underground mining  As result, The Surface Mining Control and Reclamation Act of 1977 requires mining companies to restore the land to its original states and replant vegetation in a process of reclamation, which repairs much of the damage left by extraction.

7  Growing populations increase the demand for food and when land is cleared for food production (agriculture), topsoil is lost through erosion and pesticides / insecticides interfere with life processes.  Topsoil is also lost through deforestation, the removal of forested land. › Negative impacts of deforestation (erosion by runoff) can be minimized through creation of retention buffers of trees along streambeds.  Development of land for urban development affects the environment in several ways: › Natural habitats are lost › Topsoil is eroded through construction › Agricultural land is lost › Runoff increases (asphalt coverage increases)

8 As people are becoming more aware of the need to protect the environment, most of the problems associated with land development are being solved: › Barriers are placed around construction sites to catch sediments from increase erosion › Wetlands are protected in the USA as they are recognized as valuable ecosystems › Landfills are now built to minimize the leakage of topic wastes › Bioremediation : (the use of organisms to clean up toxic wastes, are being used in contamination situations Plants that contain bacterial genes are grown in contaminated soils. The plants convert toxic compounds into non-toxic substances and then release them back into the air.

9  Human activities cause more pollution, which can cause health problems › Humans have affected Earth’s atmosphere on a global scale › Acid rain, ozone depletion, and global warming are all caused by human activities

10 Smog is a photochemical haze caused by the action of solar radiation on an atmosphere polluted with hydrocarbons and nitrogen oxides. Smog in a city make air harmful to breath as the major chemical in smog is ozone.

11  Humans require freshwater to live, in some areas the supply is too low to meet the demand.  Since 1960, freshwater use has nearly doubled and is expected to continue to increase.  Most people use freshwater in their homes for bathing, drinking, cooking and washing.  Crop irrigation also requires water, but much of it is wasted due to evaporation or it seeping into the ground before it can be used by the crops.

12 Pollution is another area where humans have an impact on water supplies. Water pollution sources are grouped into two main types: 1. Point Source 2. Nonpoint Source Ocean pollution is also possible in coastal areas due to untreated sewage being pumped through pipelines running along the ocean floor, extending far out into the ocean, creating “dead zones” of no living organisms

14 Safe Drinking Water Act Ensures that everyone in the USA has access to safe drinking water Clean Water Act Ensures the elimination of discharge of pollutants into freshwater and restores water quality to levels allowing for recreational water usage.

15 Conservation of existing supplies is the best way to stretch the supply of freshwater because in many cases, new supplies of water are not readily available or may be too expensive to develop.

Download ppt " All organisms use resources to maintain their existence and the use of these resources has an impact on the environment  Currently, the Earth is experiencing." 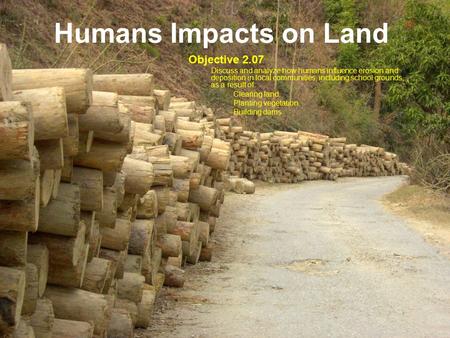 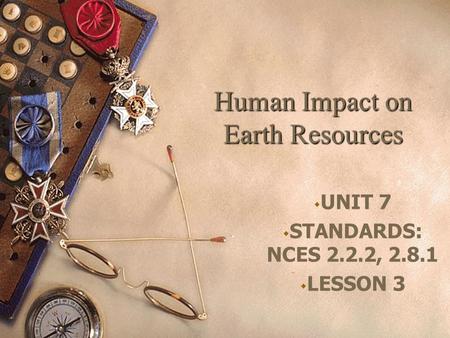 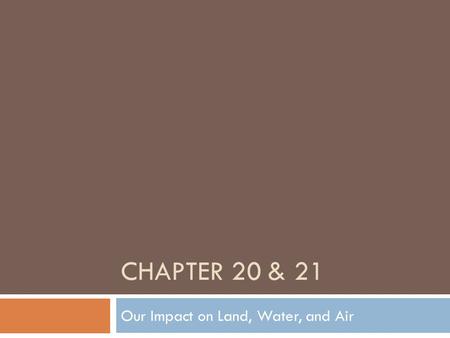 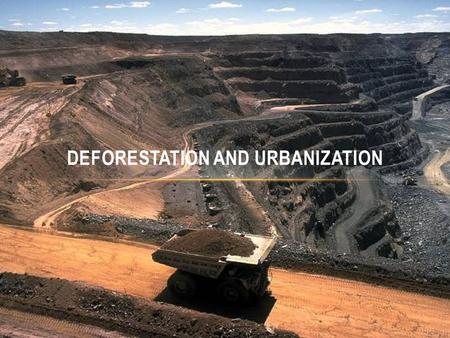 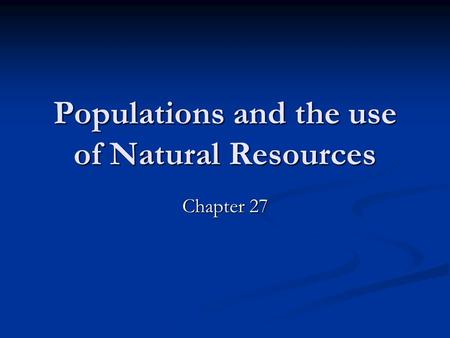 Populations and the use of Natural Resources 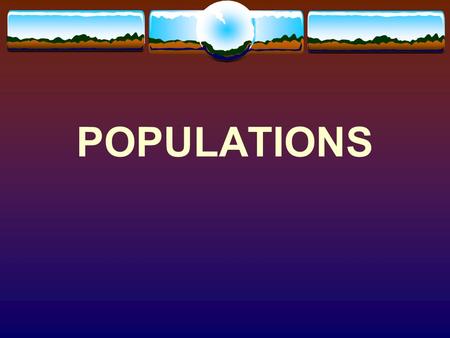 POPULATIONS. What is a population? A group of organisms belonging to the same species that live in a particular area.