2 Land Resources What is happening?
Plowing removes the roots that hold the soil in place, increasing the rate of Soil erosion SOIL EROSION – is the wearing away of surface soil by water and wind. Desertification- the process of turning once productive areas into deserts from a combination of farming, overgrazing, and drought.

3 Land Resources Why is it a problem? What is being done?
Soil is a renewable resource, however it can be permanently damaged if mismanaged What is being done? Contour plowing- fields are plowed across the slope of the land to reduce erosion Leaving stems and roots of the previous year’s crops in place to hold soil

4 Forest Resources What is Happening? Why is this a problem?
Deforestation- loss of forest which leads to severe erosion Why is this a problem? Old growth forest can be considered a nonrenewable resource because it would take centuries to reproduce Forests provide O2 and remove CO2 from the atmosphere They also store nutrients and provide food and habitat to organisms

6 Ocean Resources What is happening? Why is this a problem?
Overfishing- fish stocks in many fisheries are being harvested faster than they reproduce. Why is this a problem? People depend on the ocean as a major source of protein, both from finfish and from shellfish With the amount of fish caught each year increasing the fish cannot reproduce fast enough to keep up

7 Ocean Resources What is being done? Limiting the catch of fish
Certain fishing grounds have been temporarily closed Aquaculture- farming of aquatic organisms

8 Air Resources What is happening?
Smog- a mixture of chemicals that occurs as a gray-brown haze in the atmosphere. This is due primarily to automobile exhausts and industrial emissions Pollutant- a harmful material that can enter the biosphere through air, land or water The burning of fossil fuels can release pollutants that cause smog and other problems in the atmosphere.

9 Air Resources Why is it a problem? What is being done?
This leads to toxins that enter the mouth, nose and lungs causing health problems over the long term. Gases released from the burning of fossil fuels combine with water vapor to form ACID RAIN Acid rain kills plants, and changes the chemistry of soils What is being done? Technology to control emissions from factory smokestacks Strict automobile emission standards and clean air regulations

13 Ozone Depletion What is happening?
Chemicals called CFC’s which were once widely used in aerosol cans, the production of plastics and as coolants in freezers, refrigerators and air conditioners have caused a hole in our ozone layer and this hole is continuing to grow

14 Ozone Depletion Why is this a problem? What is being done?
The ozone layer absorbs a great deal of harmful UV rays before it reaches the earth’s surface . As the ozone layer is depleted UV exposure can cause sunburns, cancer, eye damage and decrease an organism’s resistance to disease What is being done? The US has joined many other nations to phase out the use of CFCs

15 Global Warming What is happening?
An increase in the average temperature of the biosphere. Over the past 120 years global temperatures have risen .5 degrees Celsius CO2 and other gases are being released into the atmosphere and being retained causing more heat.

16 Global Warming What is being Done? Why is this a problem?
Alternate energy sources are being researched to reduce or stop the burning of fossil fuels that release gases into the atmosphere that retain heat. Why is this a problem? Polar ice caps will continue to melt and could rise enough to flood some low lying coastal areas Storms and other weather disturbances could become more frequent and severe Heat favors rodents weeds and insect that reproduce and spread quickly 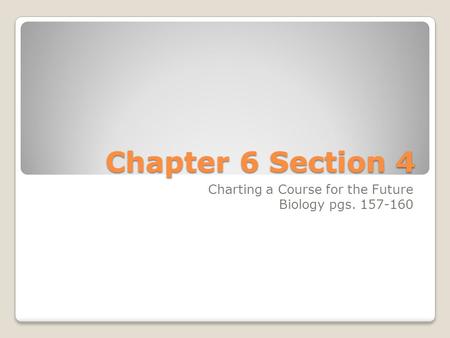 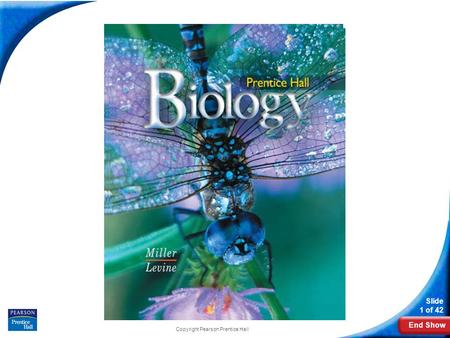 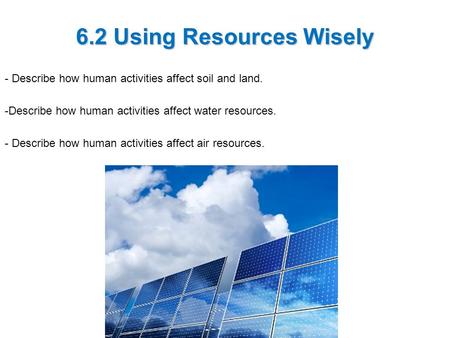