2 Each month, we will listen to a musical selection from a different time period. Details about the monthly listening selection will be logged in your music listening log.

6 Symphony No. 5 Symphony No. 5 is one of the most popular and well known classical pieces Composed from Premiered on December 22, 1808 Begins with the very distinct motive “short-short-short- long” TIME PERIOD GENRE  CLASSICAL  SYMPHONY 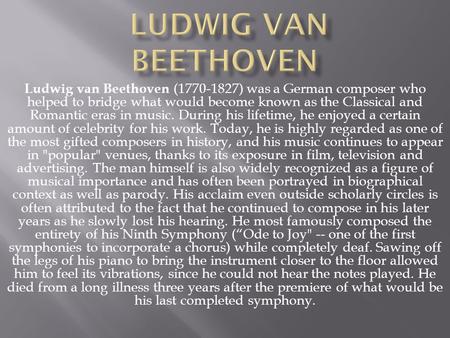 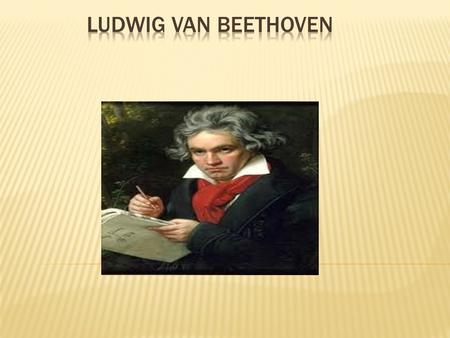