2 New thing to try… Write down a question you need answered.
If at any time, the conversation gets stale… ask your question. Even if I show you a new question, ask it! The goal of today is to understand the novel in every way possible! 

4 Chapter 1 discussion points
Interpret the paradox “two old friends whom I scarcely knew at all.” Tom’s physical description: How does the Nick describe him? What might this suggest about Tom’s personality? What mood is created inside the Buchanan mansion? What details contribute to this? What allusion makes us get the distinct impression that Tom is a racist? What is his explanation for “civilization going to pieces?" At the end of Chapter 1, Gatsby is caught staring at a green light that is symbolic of something much bigger. What do you think the green light might be? Why is Gatsby staring at it?

5 Chapter 2 and 3 discussion points
Any questions you guys want to discuss first? There are several mentions of the Valley of Ashes, dust and smoke. What could they symbolize? Let’s discuss the billboard of Dr. T. J. Eckleburg. What do you think this billboard symbolizes? Why?

6 Chapter 2 and 3 discussion points
How do you know that Tom respects Daisy more than Myrtle? (What does he do that shows this? Why? Catherine says Tom won’t marry Myrtle because Daisy is Catholic and doesn’t believe in divorce. Nick knows that is not true because Daisy is not Catholic. Who do you think started this lie and why? Let’s talk about Owl Eyes. What are your thoughts so far? 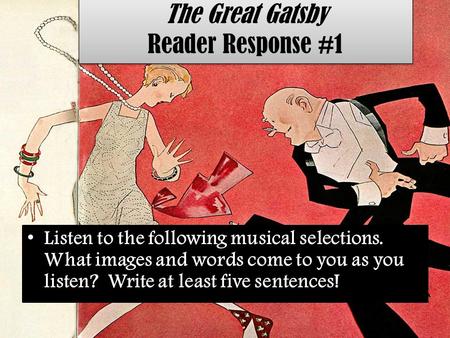 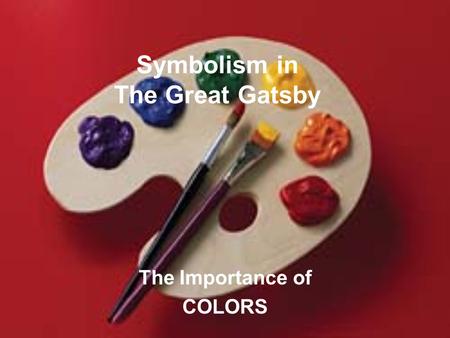 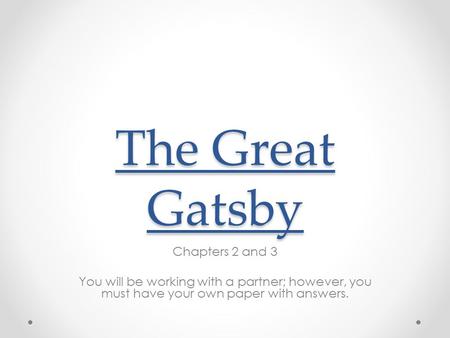 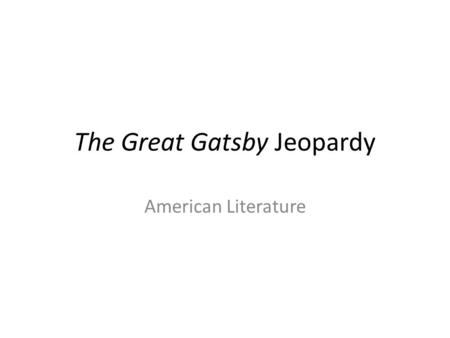 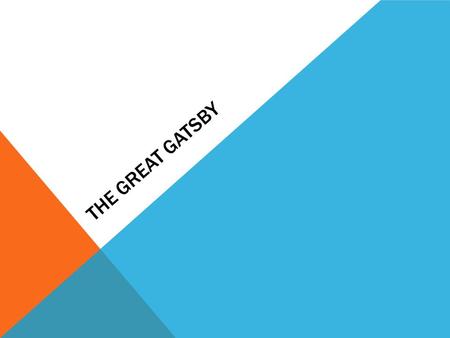 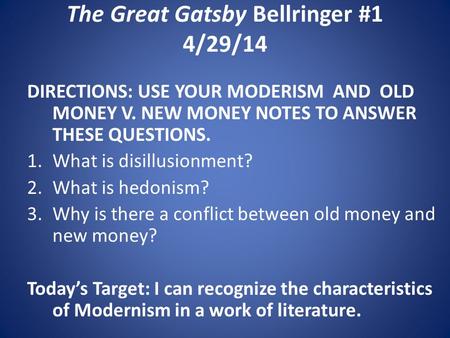 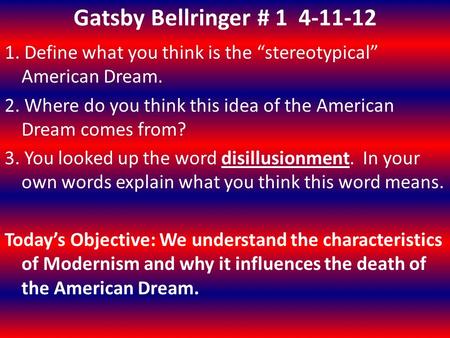 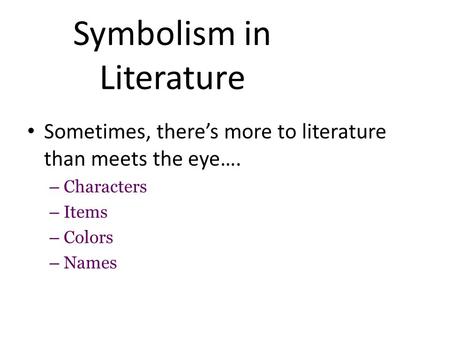