6 Negative - Present: Subject + has/have + not + past participle + finisher. Example: The President has not spoken to the public since last month.

10 TOPIC 2 Change Over Time We often use the Present Perfect to talk about change that has happened over a period of time. Examples: You have grown since the last time I saw you. The government has become more interested in arts education. Japanese has become one of the most popular courses at the university since the Asian studies program was established. My English has really improved since I moved to Australia.

11 TOPIC 3 Accomplishments
We often use the Present Perfect to list the accomplishments of individuals and humanity. You cannot mention a specific time. Examples: Man has walked on the Moon. Our son has learned how to read. Doctors have cured many deadly diseases. Scientists have split the atom.

12 TOPIC 4 An Uncompleted Action You Are Expecting
We often use the Present Perfect to say that an action which we expected has not happened. Using the Present Perfect suggests that we are still waiting for the action to happen. Examples: James has not finished his homework yet. Susan hasn't mastered Japanese, but she can communicate. Bill has still not arrived. The rain hasn't stopped.

13 TOPIC 5 Multiple Actions at Different Times
We also use the Present Perfect to talk about several different actions which have occurred in the past at different times. Present Perfect suggests the process is not complete and more actions are possible. Examples: The army has attacked that city five times. I have had four quizzes and five tests so far this semester. We have had many major problems while working on this project. She has talked to several specialists about her problem, but nobody knows why she is sick.

14 'Since' and 'For’ (Prepositions)
We use 'since' with a fixed time in the past (2004, April 23rd, last year, two hours ago). The fixed time can be another action, indicated with the past simple (since I was at school, since I arrived): I've known Sam since 1992. I've liked chocolate since I was a child. She's been here since 2pm. We use 'for' with a period of time (2 hours, three years, six months): I've known Julie for ten years. I've been hungry for hours. She's had a cold for a week.

15 Certain time adverbs ("time words") are especially common with the present perfect tense. The most common are probably ever, never, already, yet, still, and just.

18 ‘Still’ & ‘Just’ Still is generally used in negative statements. It shows an action or situation that has lasted longer than expected: They still haven't left. She still hasn't ever fought with her boyfriend. Just is used to show an action or situation that finished only a short time before now: They've just left. She's just told me what you did! 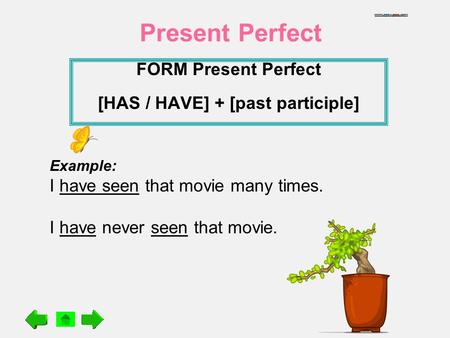 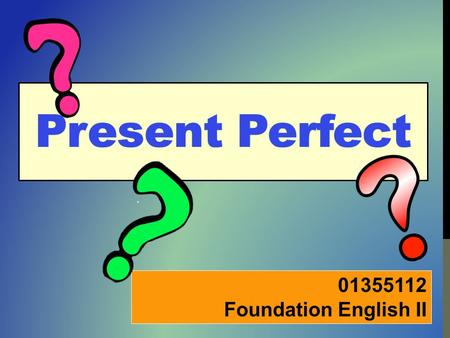 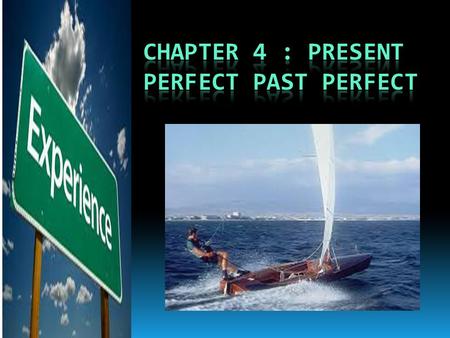