7 Contact and Noncontact Sports
How do these relate to the title of this lesson? (Gravity and Friction?) Contact = friction Noncontact = gravity

8 Contact Force A push or pull on one object by another that is touching it. Contact forces can be: Strong OR Weak

9 Noncontact Force A force that one object can apply to another object without touching it. Examples Include: Gravity Magnetic Force Electric Force

10 Strength and Direction of Forces
can be used to show forces. The of an arrow shows the of the force. The that the arrow points shows the direction in which the The stronger the force the the arrow. ARROWS LENGTH STRENGTH DIRECTION FORCE WAS APPLIED LONGER

11 Strength and Direction of Forces
The SI unit for force is the The symbol for Newton is One Newton = about the force you exert to lift a lime. Named after: NEWTON N Sir Isaac Newton (founder of physics)

13 The Law of Universal Gravitation
Sir Isaac Newton (1600’s) The law states: Factors Affecting Gravity All objects are attracted to each other by a gravitational force. The strength of force depends on the MASS of each object and the DISTANCE between them. MASS DISTANCE

14 Mass The amount of matter in an object. Which object has more mass?

15 Gravitational Force and MASS
When the mass of one or both objects the gravitational force between them also Regardless of the amount of mass an object has the will be the Each object exerts the attraction on the other object. INCREASES INCREASES FORCE ARROWS SAME SIZE SAME

18 Weight The gravitational force exerted on an object.
Weight is measured in Near Earth’s surface the object’s weight is the NEWTONS FORCE DUE TO GRAVITY

19 Weight and Mass on Earth
Weight and mass are related, but ARE NOT the same. Weight can due to Mass change FORCE = CHANGE GRAVITY DOES NOT MASS x ACCELERATION F = Weight on Earth = M x A MASS x 9.8m/s2 (acceleration due to the force of gravity)

20 Examples: What would an object with a mass of 10 kg weigh?
If your mass was 50kg, what would your weight be?

23 Combining Forces – Balanced Forces
Forces acting on an object that combine and form a net force of ZERO. NO change in motion.

25 Static Friction Friction that acts on objects that are not moving.

26 Sliding Friction When solid objects slide over each other. 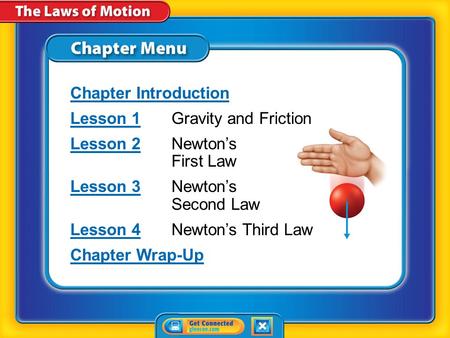 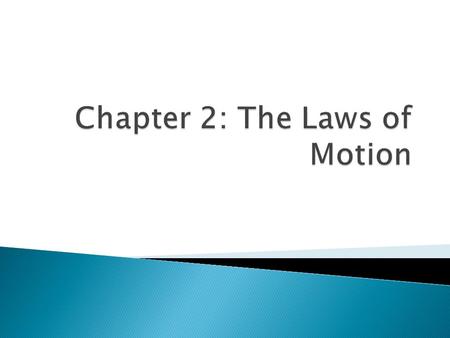