Using Transitions. Writing an effective paper involves many elements, but possibly the most important is to connect ideas in a logical and fluid manner.

Presentation on theme: "Using Transitions. Writing an effective paper involves many elements, but possibly the most important is to connect ideas in a logical and fluid manner."— Presentation transcript:

2 Writing an effective paper involves many elements, but possibly the most important is to connect ideas in a logical and fluid manner. Transitions are words and phrases that help lead our readers from one concept to the next, both between paragraphs and within paragraphs themselves. This power point will briefly cover the basics of using transitions.

3 Types of Transitions 1.Transitions between sections: You will use repetition or anticipation to indicate a shift from one section to the next. 2.Example 1: the closing sentence of this introductory paragraph leads naturally into the background information section of this paper: “Despite the debate, world governments are pulling together to create ways to reduce global warming. Companies are taking it upon themselves to make changes and there are things that can be done on an individual level as well. To understand why the changes must be made, one must understand what global warming is and what it’s causing.” *Clearly the writer will shift from her general introduction into background information about global warming. 3.Example 2: the closing sentence of this internal paragraph suggests a list of issues that will be addressed, which naturally leads the reader from a “variety” of causes to “one of the causes” in the following paragraph: “Research has shown that Global Warming can occur from a variety of causes both natural and human. One of the major causes of global warming is greenhouse gases."

4 Example 3: History shows that in order to be effective in defeating terrorism it will take a combination of war, diplomacy and understanding the things that continue to fuel the spread of terrorism. Since the war on terror began in 2001 there have been 3496 US soldiers killed and over 25,000 soldiers wounded. *In the previous paragraph the words “history shows” indicate that a historical overview should naturally follow in the proceeding paragraph. Example 4: A phrase is repeated to show the parallel between paragraphs. “The working class works to live from paycheck to paycheck all the while the checks continue to shrink. As the cost of living increases the quality of life decreases. Statistics show that as the standard cost of living skyrockets and the minimum pay wage stays stagnant, these conditions places both middle/low income individuals and their families in financial danger.”

5 Specific Words Certain words and phrases will help your reader see the logical relationship between your ideas, whether from sentence to sentence, or from one paragraph to the next. Here is a list of some commonly used “connecting” words:

6 Connectors that show similarity between ideas: Also Similarly In the same way Just as So too Likewise

7 Connectors that show a contrast or opposition between ideas: However In spite of On one hand/ on the other hand Nevertheless In contrast On the contrary Nonetheless But

8 Connectors that indicate a sequence is going to follow: Firstly, Secondly, Thirdly First, Second, Third Next Then Finally One says…another agrees that

9 Connectors that indicate an order based on time: Currently Meanwhile Recently Subsequently During Before After Now

10 Connectors that indicate an Example will follow: For example For instance Namely Specifically To illustrate

11 Connectors to emphasize an idea: Indeed In fact Of course Truly Even Connectors that indicate cause/effect: Accordingly Consequently Hence Therefore Thus So

13 Connectors indicating a conclusion: Finally In brief In a word In conclusion Thus On the whole To sum up To conclude

Download ppt "Using Transitions. Writing an effective paper involves many elements, but possibly the most important is to connect ideas in a logical and fluid manner." 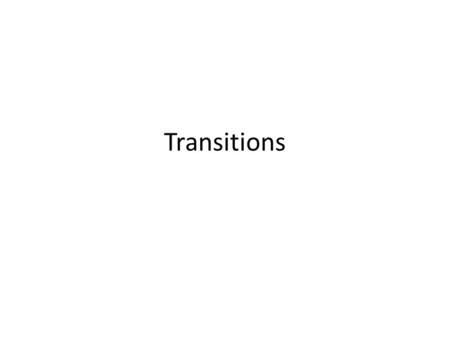 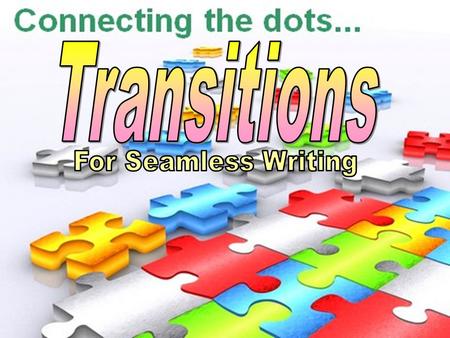 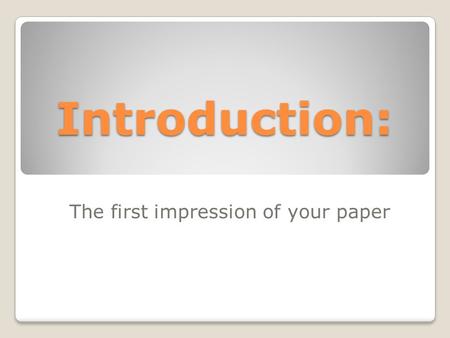