Presentation on theme: "■ Essential Question: – What was life like during the Middle Ages? ■ Warm-Up QUIZ: – What two groups settled together to make Russia? – What was Kiev?"— Presentation transcript:

1 ■ Essential Question: – What was life like during the Middle Ages? ■ Warm-Up QUIZ: – What two groups settled together to make Russia? – What was Kiev? – Name 2 ways the Byzantine Empire influenced Russia

2 Quick Review: What happened to Europe after the fall of the Roman Empire? In the East, the Byzantine Empire became a center for trade & Greco-Roman culture

3 The Middle Ages In the West, Europe grew weak & fell into the Middle Ages from 500 to 1300 Also known as the “Dark Ages” or “Medieval” era

5 Germanic Tribes in the Middle Ages Without the unity of the Roman Empire, Europe became divided into a series of Germanic kingdoms Germanic people lived in small communities led by chiefs & his loyal warriors Family ties & loyalty were more important than citizenship

6 The Spread of Christianity During the early Middle Ages, the Germanic kingdoms were slowly converted to Christianity The Catholic Pope became involved in secular (non-religious) issues like road repair, aiding the poor, & helping Christian kings expand their power

7 The Spread of Christianity The Franks were the largest & most powerful of the Germanic kingdoms in the early Middle Ages Frankish kings allied with the Catholic Church & expanded their power In 771, Charlemagne (“Charles the Great”) became king of the Franks

10 ■ Text From 800 to 1000, a 2 nd major wave of invasions struck Europe led by Vikings, Muslims, & Magyars ( The 1 st wave were the barbarians that attacked Rome ) These invasions caused widespread fear & suffering Kings could not defend against invasion People stopped looking to kings for protection

11 Feudalism ■ Feudalism began in Europe as a way to offer protection: – Feudalism is based on land & loyalty – Land-owning lords offer land (called a fief) to knights in exchange for their loyalty & promise to protect the lord’s land

12 Feudal Structure Kings had land but very little power Lords (also called Nobles) were the upper-class landowners; they had inherited titles (“Duke,” “Earl,” “Sir”) Knights were specially trained soldiers who protect the lords & peasants Some peasants were serfs & could not leave the lord’s estate

13 Lords built castles to protect their territory from outside invasions

14 The Manorial System The lord’s land was called a manor During the Middle Ages, the manorial system was the way in which people survived The lord provided peasants with housing, farmland, & protection In exchange, peasants repaid the lord by working his land & providing a portion of the food they produced

15 Manors were self-sufficient communities; Everything that was needed was produced on the manor Peasant life was hard: They paid taxes to use the lord’s mill, had to get permission to get married, & life expectancy was about 35 years old

Download ppt "■ Essential Question: – What was life like during the Middle Ages? ■ Warm-Up QUIZ: – What two groups settled together to make Russia? – What was Kiev?" 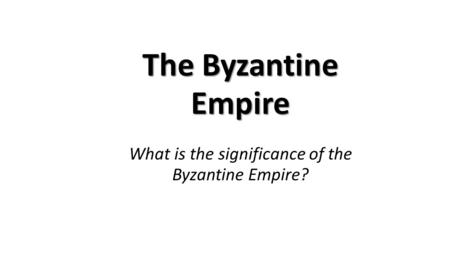 What is the significance of the Byzantine Empire? 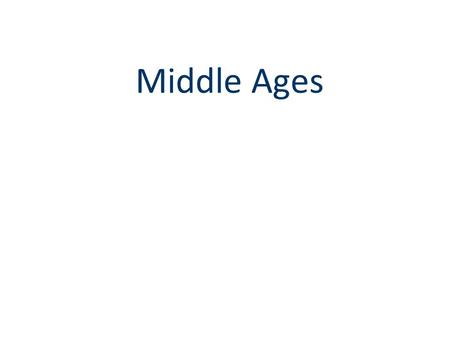 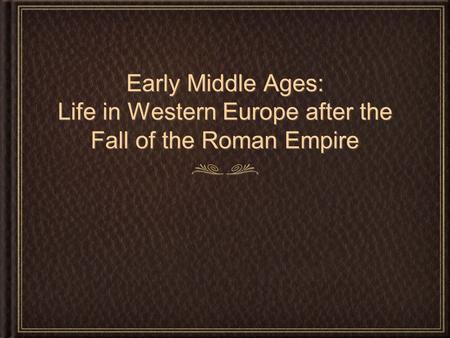 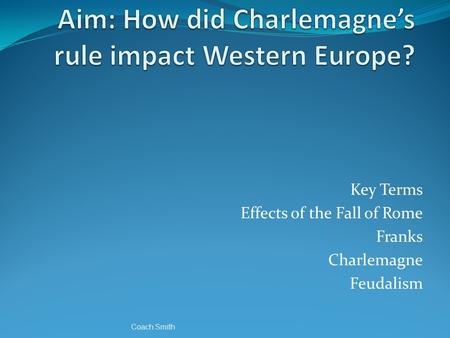