3 Dual Citizenship A child is born outside the U.S. borders to an U.S citizen and a non-citizen Child usually becomes a citizen of the country where he/she was born and a citizen of the U.S.

4 Alien Someone that comes to the United States from another country and does not become a citizen Remain citizens of their country and eventually return home Example: tourist, student

6 Legal Alien Arrive in the US legally (obtain the proper documents) May hold a job, own property, attend school, and travel freely through the US Must obey US laws and pay taxes May NOT vote in political elections or hold office, hold a government job Must carry ID with them at all times

7 Immigrants Alien who applies to live permanently in the US restricted number of immigrants per year (appx. 675,000) Preference given to people who fall into a special category: relative of US citizen, job

8 Naturalization 1. File a Declaration of Intention with Immigration 2.Live in the U.S. for 5 years (those married to citizen- 3yrs) and take special prep courses in English, American History, and Civics 3.File an application for Naturalization

9 4.Upon approval of the application, immigrant will meet with examiner to determine if qualifications have been met and is of good moral character. 5.Must take exam (can read, write, and speak English and basic social studies questions) 6.Upon passing of the examiner, immigrant takes oath of loyalty in court. **Upon naturalization, an immigrants children (under 18) are also made citizens

10 Loss of Citizenship U.S. citizens are citizens for life unless they become naturalized citizens of another country (exception: dual citizenship) 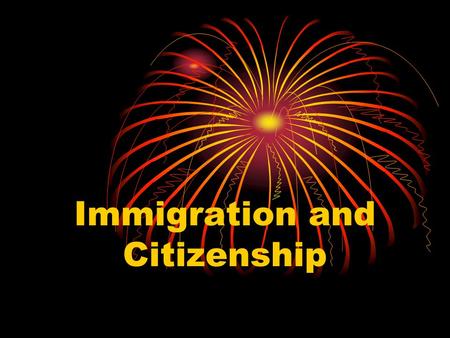 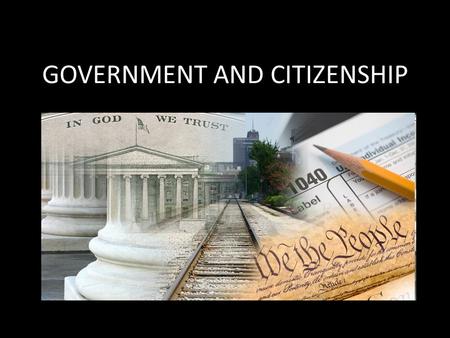