2 What do I need to know? Must Recall that crude oil is a mixture of a large number of compounds Should Define the term hydrocarbon Could Explain how the compounds in crude oil can be separated using physical methods including fractional distillation

3 Crude oil Crude oil is a mixture of a very large number of compounds and is made from the the bodies of plants and animals that have decayed many millions of years ago. A mixture is two or more substances NOT chemically combined together (such as a mixture of sand and water that can be separated by filtration).

4 Hydrocarbons Most of the compounds in crude oil consist of molecules made up of hydrogen and carbon atoms only. We call these HYDROCARBONS We can separate the different unchanged hydrocarbons from crude oil by FRACTIONAL DISTILLATION.

9 Key points for exam questions
A fraction is a set of hydrocarbon molecules of similar size and similar boiling points Different fractions have different uses. Lighter fractions are more useful as fuels than heavier fractions. The petrol fraction and diesel fraction are key fractions for the oil industry.

14 Objectives Must Recall that most of the compounds in crude oil consist of hydrocarbons called alkanes. Should Describe the general formula of an alkane and draw the structure. Could Explain the naming of alkanes up to a chain length of four carbon atoms.

15 Carbon chains Alkanes are chains of carbon atoms with hydrogen atoms attached to them. There is an alkane with one carbon atom, two carbon atoms, three, four, five and so on. The chains can be massive with hundreds of carbon atoms. You need be able to name and draw the first four and recognise some larger ones.

26 What do I need to know? Must recall the term alkane and the names for the first four alkanes in the series. State that these substances are commonly used as fuels. Should describe the difference between a saturated and an unsaturated hydrocarbon Could explain the boiling points, flammability and viscosity of hydrocarbon fuels.

30 Viscosity This simply means thickness of solution.
For example water has a lower viscosity than treacle Generally the higher the molecular weight (longer carbon chain) the more viscous the substance is. Bitumen has very long chain molecules and is very viscous and stick (tar).

33 Objectives Recall that most fuels contain carbon and/or hydrogen and may contain sulfur. Describe how, when a fuel burns gases are released into the atmosphere. Explain how the combustion of a fuel releases energy.

39 Carbon dioxide Carbon dioxide is a greenhouse gas.
This means it causes global warming by trapping heat from the sun within the Earth’s atmosphere.

41 Soot/smoke particles Particles of carbon from incomplete combustion can be released into the atmosphere. This contributes to GLOBAL DIMMING

42 Other pollutants Sulphur present in fuels burns to produce sulphur dioxide. At high temperatures oxides of nitrogen may also be formed from nitrogen in the atmosphere. These react with water in the atmosphere to form ACID RAIN

43 Cleaning up Undesirable combustion products can be cleaned from emissions before they leave the chimney by using a filter or catalytic converter (cars).

50 The problem with crude Crude oil is a limited resource that will eventually run out. Alternatives are needed and some are already under development.

54 Different types of biofuels
Ethanol – produced by fermentation of sugars in sugarcane rather than from aalkanes. Biodiesel – produced from hydrolysis of vegetable oils 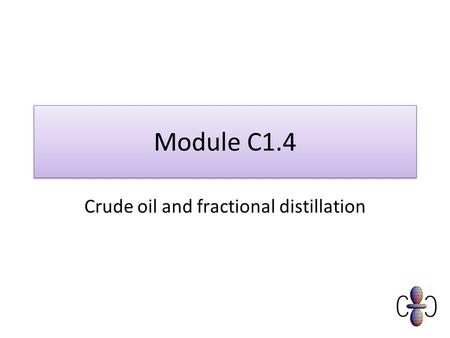 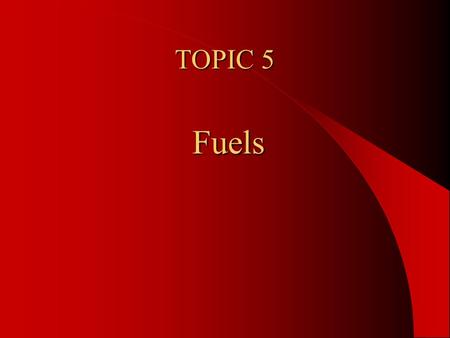 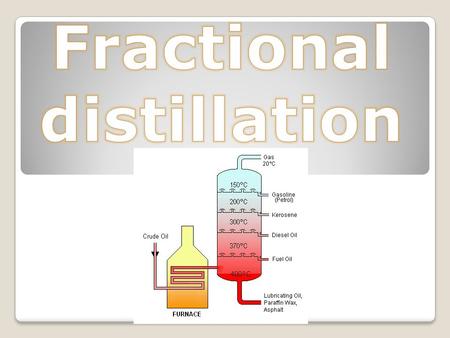 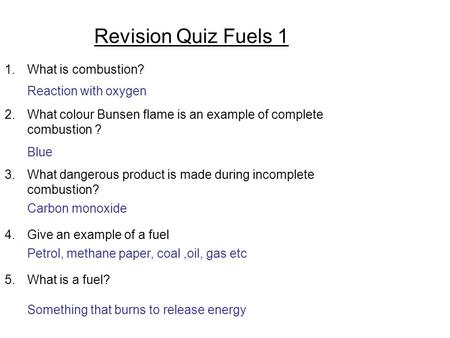 Revision Quiz Fuels 1 1.What is combustion? 2.What colour Bunsen flame is an example of complete combustion ? 3.What dangerous product is made during incomplete.