2 Building Background It did not take long for people to realize that the Articles of Confederation had many weaknesses. By the mid-1780s, most political leaders agreed that changes were needed. To make those changes, they called on people with experience in government.

3 Constitutional Convention In February 1787, the Confederation Congress invited each state to send delegates to a convention in Philadelphia. The goal of the meeting was to improve the Articles of Confederation.

5 Delegates Most of the delegates were well educated, and many had served in state legislatures or Congress. Benjamin Franklin and James Madison were there. John Adams, Thomas Jefferson, and Patrick Henry did not attend for various reasons.

6 Compromise Several issues divided the delegates to the convention. Some wanted only small changes to the Articles of Confederation, whereas others wanted to rewrite the Articles completely. One of the primary points of concern was state representation.

7 Virginia Plan After meeting for four days, Edmund Randolph of Virginia presented his Virginia Plan. Randolph proposed a new federal constitution that would give sovereignty, or supreme power, to the central government.

8 Virginia Plan In Randolph’s plan, the legislature would be bicameral – made up of two houses, or groups of representatives. These representatives would be chosen on the basis of the state’s population. Larger states would have more representation than the smaller states.

9 New Jersey Plan Obviously, the smaller states objected to the Virginia Plan. They came up with a plan to prevent the larger states from having too much power. New Jersey delegate William Patterson presented the New Jersey Plan.

11 Great Compromise After a month of debate, the delegates were unable to agree on how states should be represented. Roger Sherman of Connecticut proposed a compromise plan.

14 Three-Fifths Compromise The debate over representation also involved regional differences. Southern delegates wanted enslaved Africans to be counted as part of their state populations. In doing that, the southern states would have more power in Congress.

15 Three-Fifths Compromise Northern states disagreed with the logic of the slave states. To resolved the problem, Itworked out a compromise. It was proposed that only three-fifths (3/5) of the slave population be counted as part of the state’s population.

19 Federalist Government Under the Constitution, each state must obey the authority of the federal, or national, government. This includes control of local government, education, the chartering of corporations, and the supervision of religious groups. States would also have the power to create and oversee civil and criminal laws.

20 Branches of Government The Constitution also balances the power among the three branches of government. Legislative Branch – proposes/passes laws Executive Branch – ensures that laws are carried out Judicial Branch – interprets the law

21 Checks and Balances The framers of the Constitution created a system of checks and balances which keeps any branch of government from becoming too powerful.

23 Final Draft The final draft of the Constitution was completed in September 1787. Only 3 of the 42 delegates who remained in Philadelphia refused to sign the document. The signed Constitution was sent to Congress first, and then to the states for ratification. 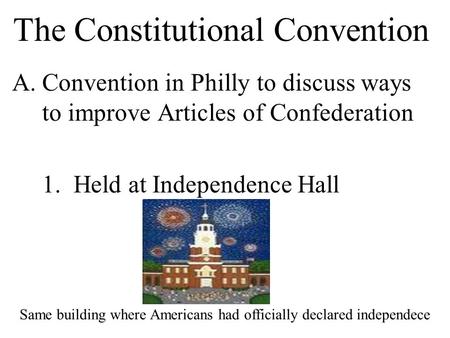 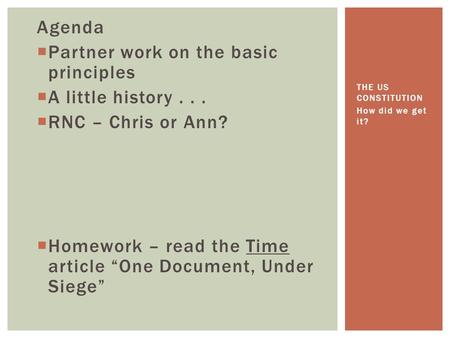 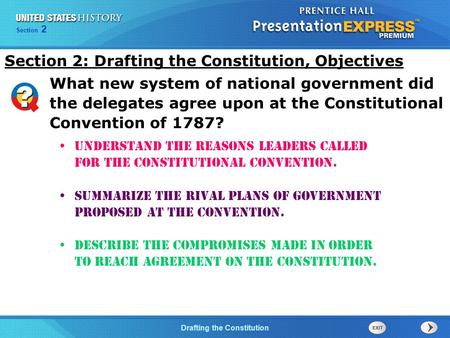 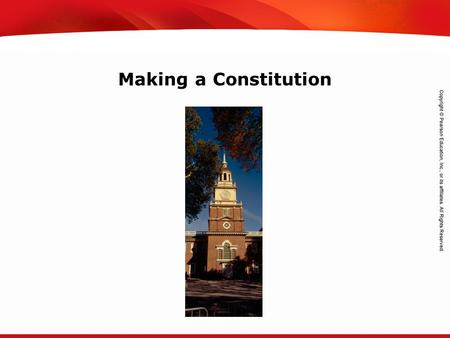 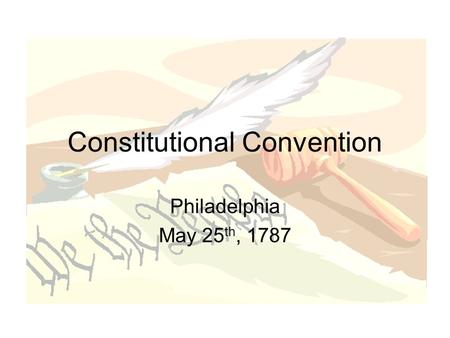 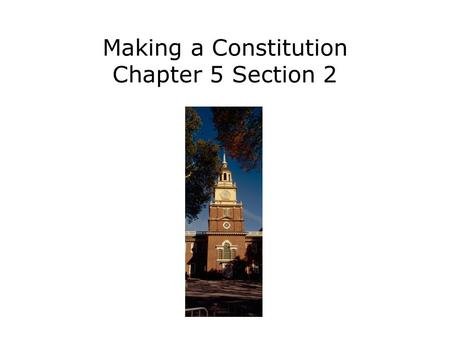 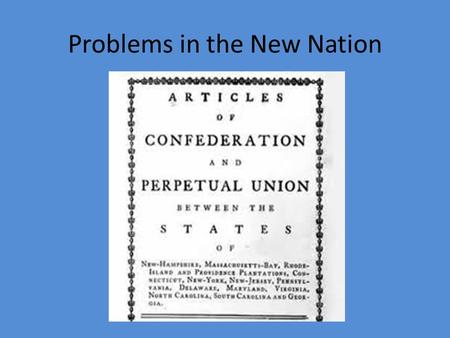 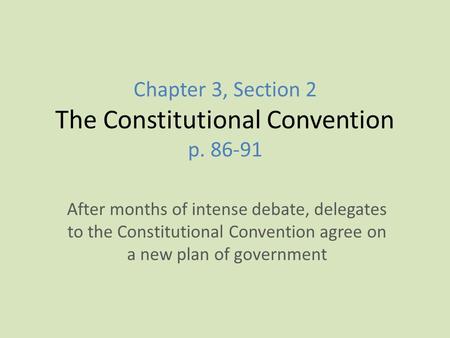