Presentation on theme: "PART II THE EXECUTIVE BRANCH. PRESIDENTIAL POWER As the country grew and industrialized, especially in times of emergency, people demanded that the Federal."— Presentation transcript:

2 PRESIDENTIAL POWER As the country grew and industrialized, especially in times of emergency, people demanded that the Federal Government play a larger role and looked to the President for leadership. Congress has delegated much authority to the President, mostly in foreign affairs. Rule of Propinquity: the rule that states that power is wielded by people who are in the room when the decision is made.

3 “HONEYMOON” Because a President’s popularity is at its peak right after the election, the “first hundred days” have come to be called the “honeymoon” period. This allows a President to get used to the job and to set the agenda. FDR started this trend and was successful in obtaining a vast array of new laws. This period has declined in recent years.

4 EXECUTING THE LAW The President is responsible for carrying out the nation’s laws. The President must carry out laws with which he or she disagrees, but has discretion to interpret the laws and deciding how vigorous to enforce them. Most of the powers exercised by the President is derived from past precedents as well as congressional authorizations.

6 ORDINANCE POWER The President has the authority to issue executive orders, which have the force of law (like the infamous 9066). Though not specifically stated in the Constitution, the language cited is “take Care that the Laws be faithfully executed” in Article II, Section 3. Executive orders are necessary to the functioning of the executive branch.

7 APPOINTMENT POWER The President may appoint a handful of officials on his or her authority. Most of the important officers appointed, including ambassadors, judges, and cabinet members, must be approved by the Senate. Well over half of the officials in the federal work force are selected through civil service exams, and thus are not under the direct control of the President.

9 Usually acting through the Secretary of State, the President may negotiate treaties, or international agreements. The Senate must approve treaties by a two-thirds vote before they become law. A small minority in the Senate has sometimes been sufficient to block approval of a treaty. The President has been afforded more latitude in foreign relations by the Congress. They recognize that the President is the head of state and Commander-in-Chief.

11 EXECUTIVE PRIVILEGE Historically, Presidents have acted as if they have the privilege of confidentiality, even though the Constitution says nothing about it. For almost 200 years there was no challenge to this claim, but in 1973 the Supreme Court met the issue directly. A federal special prosecutor sought tape recordings of the President and his advisers in the Watergate Scandal. In United States v. Nixon, the court held that there is no “absolute unqualified Presidential privilege of immunity from judicial process under all circumstances.”

12 POWER OF RECOGNITION Presidents have the power to recognize, or acknowledge the legal existence of a country and establish formal diplomatic relations with foreign states. Diplomatic recognition is a powerful weapon because recognition, or lack of it, often determines the future of a new foreign government.

13 THE PRESIDENT’S DOMINANCE IN MILITARY AFFAIRS

14 The President shares the war powers with Congress but has almost no limits on his or her role as commander-in-chief. Presidents usually delegate much of their command authority to military subordinates (like the Chairman of the Joint Chiefs of Staff, Navy Admiral Mike Mullen), while retaining final authority in military matters.

15 There have been numerous undeclared wars in the country’s history, including the Korean and Vietnam Wars and “Desert Storm” (remember, only Congress can declare war).

16 In wartime, the President’s powers as commander-in- chief have often been expanded to include non- military matters. The President may use armed forces, including State militias, to keep the peace in times of domestic upheaval.

17 DUE TO REACTION TO THE VIETNAM WAR…

18 WAR POWERS RESOLUTION OF 1973 Congress passes this 1973 Joint Resolution that requires the President to inform Congress of any commitment of American troops abroad within 48 hours. In doing so, Congress overrode a presidential veto with over a 2/3rds vote in both houses. It required the President to gain congressional approval if the commitment lasts longer than 60 days, though a withdrawal can take a further 30 days. The constitutionality of the War Powers Resolution has been and remains in dispute.

Download ppt "PART II THE EXECUTIVE BRANCH. PRESIDENTIAL POWER As the country grew and industrialized, especially in times of emergency, people demanded that the Federal." 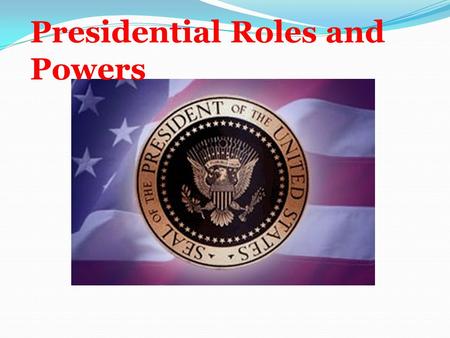 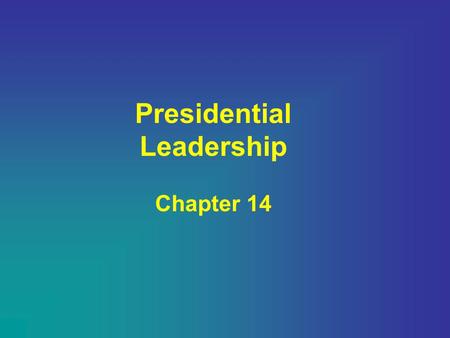 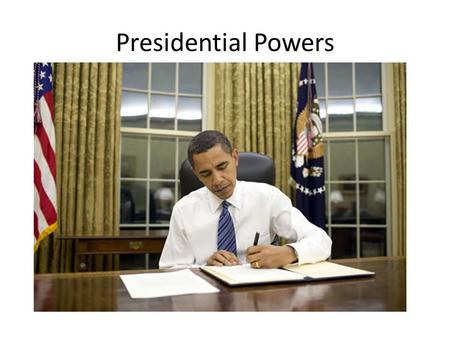 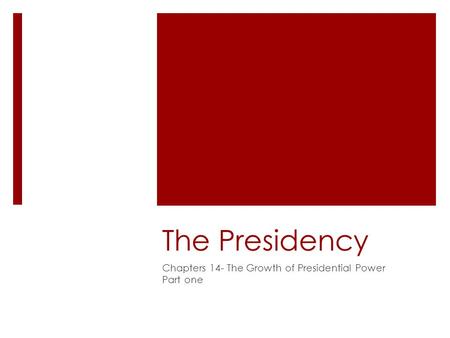 The Presidency Chapters 14- The Growth of Presidential Power Part one. 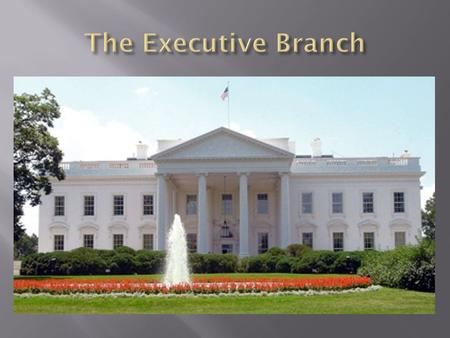 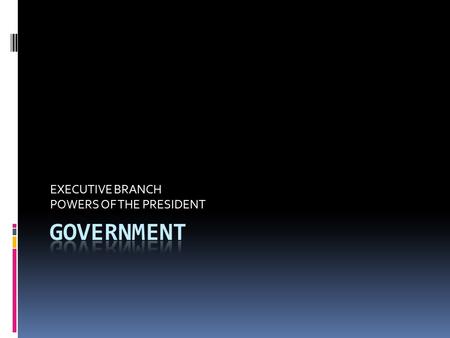 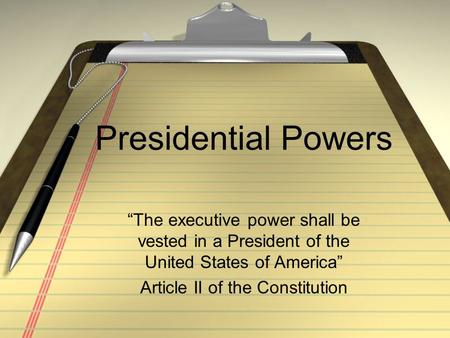 Presidential Powers “The executive power shall be vested in a President of the United States of America” Article II of the Constitution.