Presentation on theme: "Executing the Law As chief executive, the President executes (enforces, administers, carries out) the provisions of federal law. The oath of office instructs."— Presentation transcript:

1 Executing the Law As chief executive, the President executes (enforces, administers, carries out) the provisions of federal law. The oath of office instructs the President to carry out the laws of the land. The other provision is the Constitution’s command that “he shall take care that the laws be faithfully executed.” 1 3 4 Chapter 14, Section 2

2 The Ordinance Power executive order – a directive, rule, or regulation that has the effect of law The power to issue these orders, the ordinance power, arises from the Constitution and acts of Congress. Although not specifically mentioned in the Constitution, the ordinance power is clearly intended. The size of government has caused Congress to delegate more and more discretion to the President and presidential subordinates. 1 3 4 Chapter 14, Section 2

3 The Appointment Power With Senate consent, the President names most of the top-ranking officers of the Federal Government, including: (1) ambassadors and other diplomats (2) Cabinet members and their top aides (3) the heads of such independent agencies as the EPA and NASA (4) all federal judges, attorneys, and U.S. marshals (5) all officers in the armed forces 1 3 4 Chapter 14, Section 2

5 The Power to Make Treaties
treaty – a formal agreement between two or more sovereign states The President, usually through the secretary of state, negotiates these international agreements. All treaties must pass approval by a two thirds of the members present vote in the Senate. 1 2 4 Chapter 14, Section 3

7 The Power of Recognition
The power of recognition exercised when the President, acting for the U.S., acknowledges the legal existence of another sovereign state. The President may show American displeasure with the conduct of another country by asking for the recall of that nation’s ambassador or other diplomatic representatives in this country. The official is declared to be persona non grata, or an unwelcome person. 1 2 4 Chapter 14, Section 3

10 Line-Item Veto & Other Legislative Powers
The Line Item Veto A line-item veto measure would allow the President to reject specific dollar amounts in spending bills enacted by Congress. In 1996, Congress passed the Line Item Veto Act; however, it was struck down by the Supreme Court in Other Legislative Powers According to Article II, Section 3 of the Constitution, only the President can call a Congress into special session. 1 2 3 Chapter 14, Section 4

11 Judicial Powers The Constitution gives the President the power to “...grant reprieves and pardons for offenses against the United States, except in cases of impeachment.” —Article II, Section 2, Clause 1 reprieve - the postponement of the execution of a sentence. pardon - legal forgiveness for a crime. These powers of clemency (mercy or leniency) may be used only in cases of federal crimes. 1 2 3 Chapter 14, Section 4

Download ppt "Executing the Law As chief executive, the President executes (enforces, administers, carries out) the provisions of federal law. The oath of office instructs." 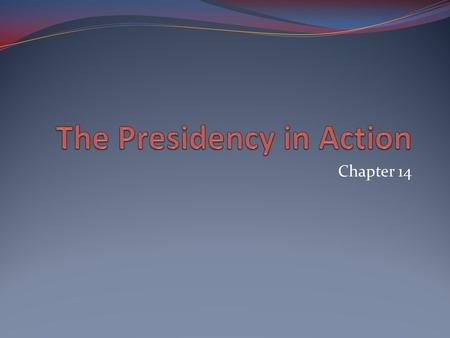 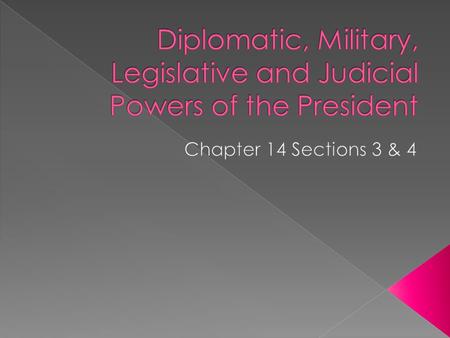 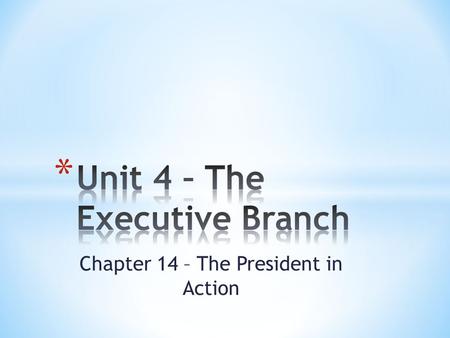 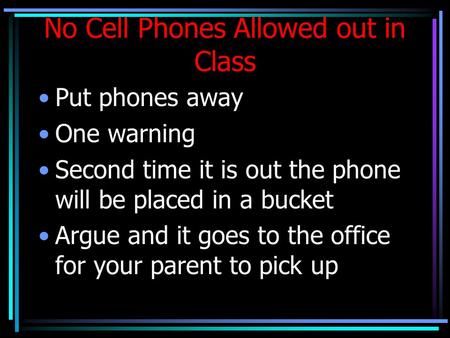 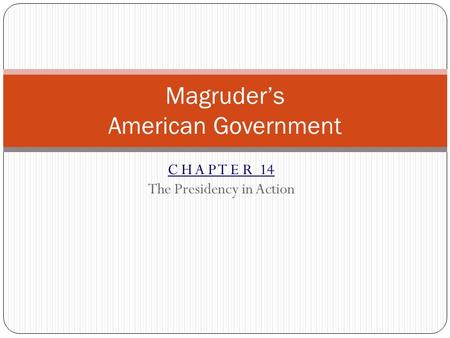 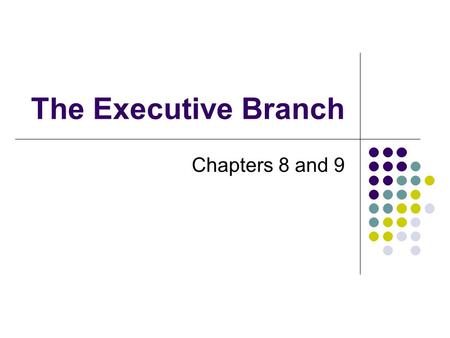 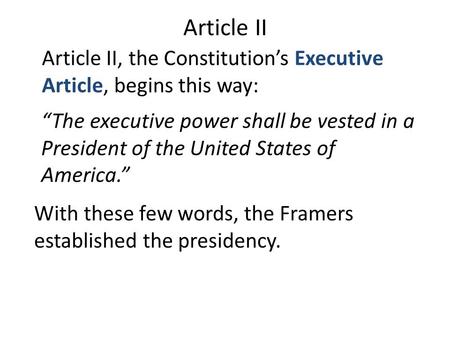 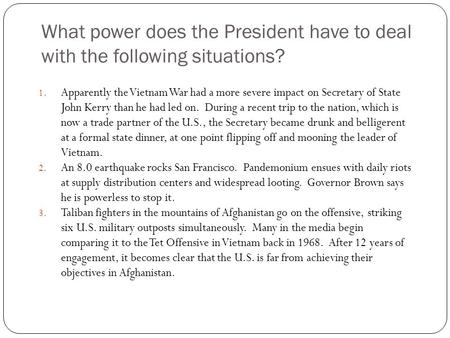 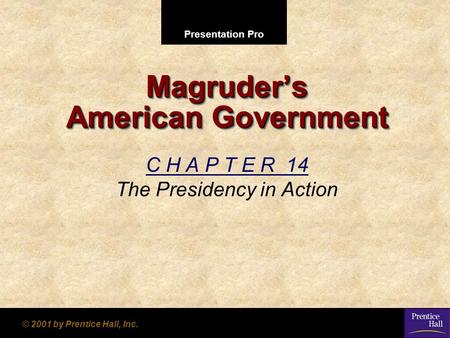