5 2 BASIC Systems BOTH SYSTEMS DEPEND ON THE OTHER Root System (roots) receive sugars and other nutrients from photosynthetic parts Shoot System (leaves and stems) depends on water & minerals absorbed from the soil by roots.

14 Tissue Organization of Stems Pith: in young stems, the pith stores food. The pith disappears in older stems. Cambium: during growing season, cambium produces new phloem to the outside and new xylem to the inside. Vascular Tissue: Xylem on inside Phloem on the outside

17 What is the function of leaves?

19 Leaf Structure-Dermal layers Cuticle-The thin waxy covering on the outer surface. prevents water loss within the leaf. (Plants that live entirely within water do not have a cuticle). Directly underneath the cuticle is a layer of cells called the epidermis (upper and lower) protect inner layers

21 Stomata and Guard Cells The underside portion of a leaf has stomata and is the site of transpiration (water movement) and gas exchange.

27 Dead Center sits the tomato. Why? Botanically speaking, a tomato is a fruit because it is a seed-bearing structure that develops from the ovary of a flowering plant. In the culinary world sweet = fruits and savory = vegetables: this includes botanical fruits as eggplants, bell peppers, and tomatoes. 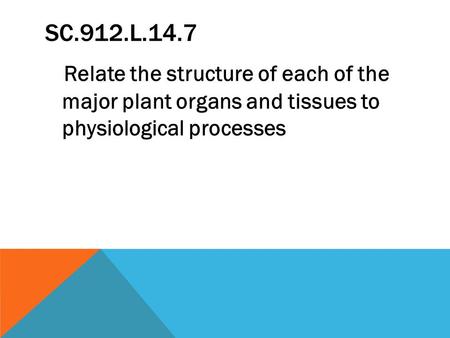 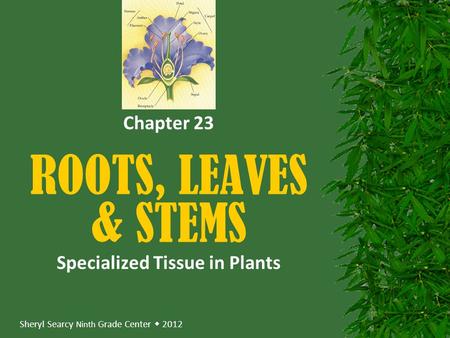 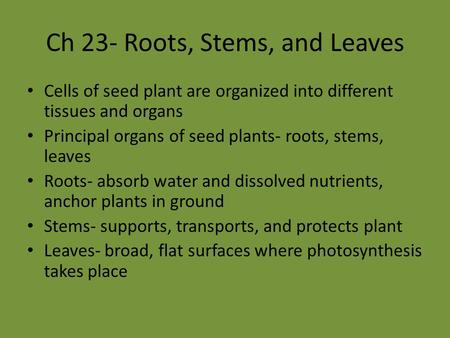 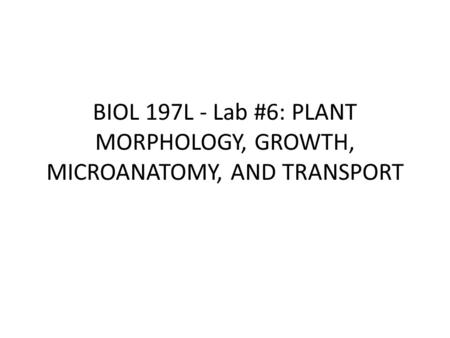 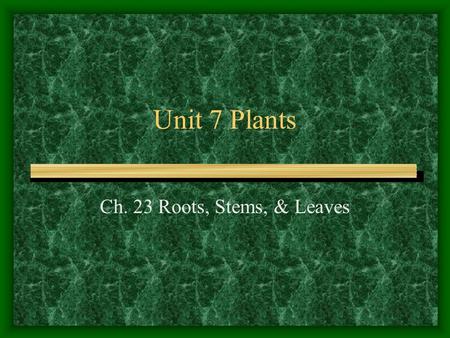 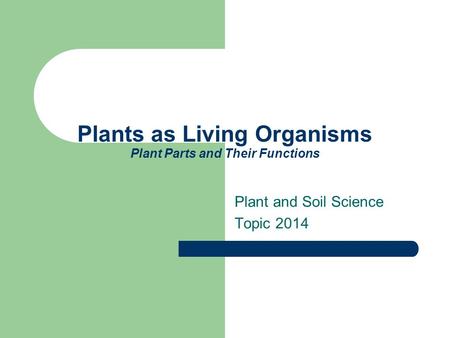 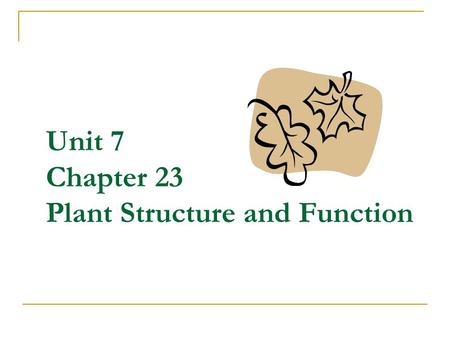 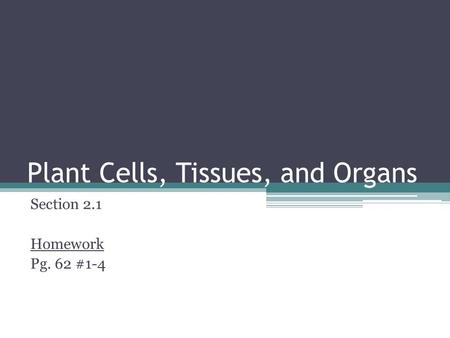 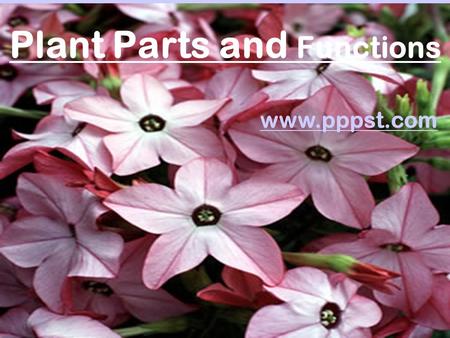 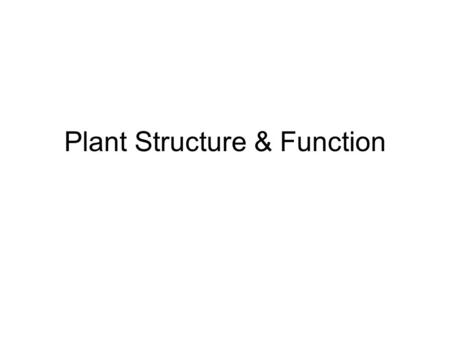 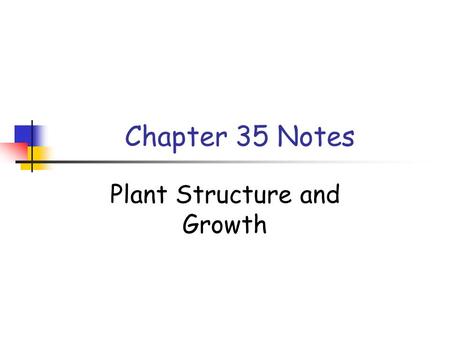 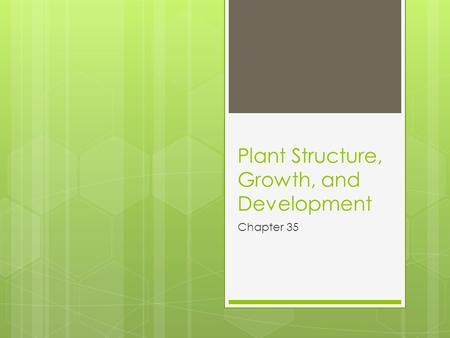 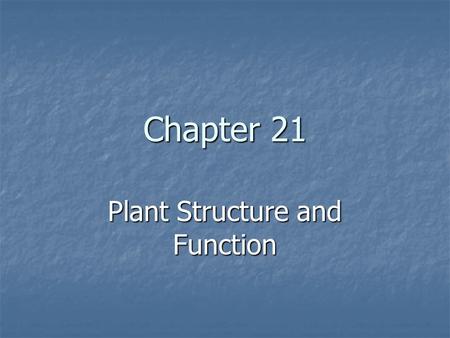 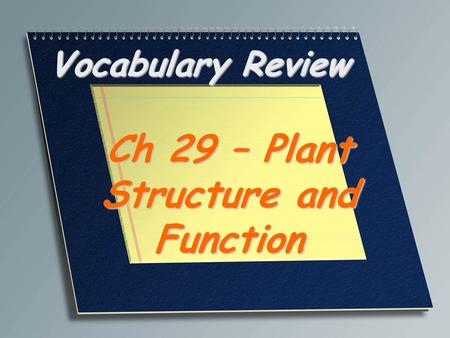 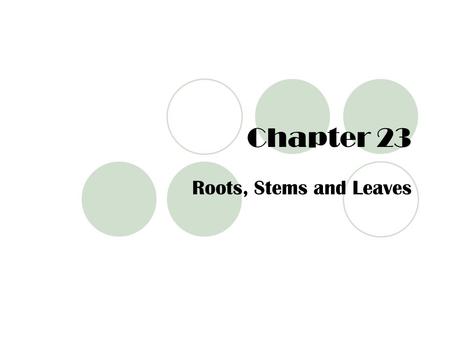 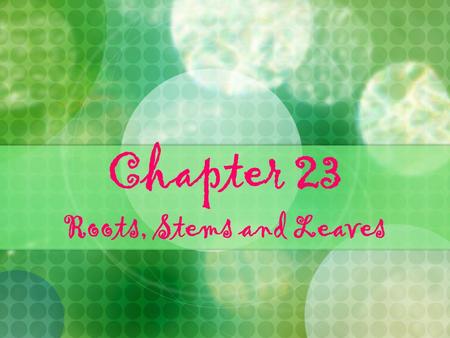 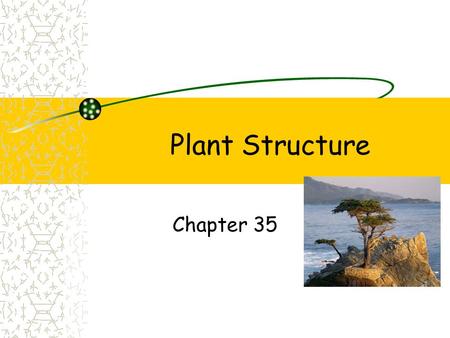 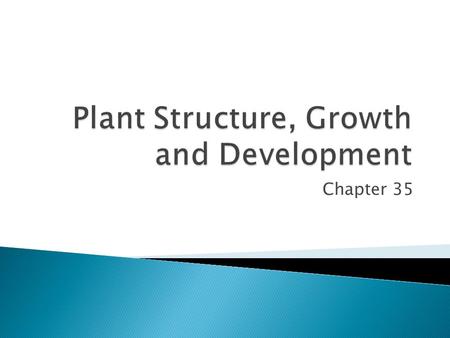 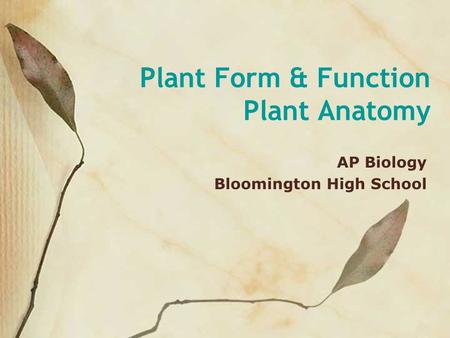