2 Indefinite Articles: a and an "A" and "an" signal that the noun modified is indefinite, referring to any member of a group. For example: "My daughter really wants a dog for Christmas." This refers to any dog. We don't know which dog because we haven't found the dog yet. "Somebody call a policeman!" This refers to any policeman. We don't need a specific policeman; we need any policeman who is available. "When I was at the zoo, I saw an elephant!" Here, we're talking about a single, non-specific thing, in this case an elephant. There are probably several elephants at the zoo, but there's only one we're talking about here.

4 If the noun is modified by an adjective, the choice between a and an depends on the initial sound of the adjective that immediately follows the article: a broken egg an unusual problem a European country (sounds like 'yer-o-pi-an,' i.e. begins with consonant 'y' sound)

7 Count and Noncount Nouns The can be used with noncount nouns, or the article can be omitted entirely. "I love to sail over the water" (some specific body of water) or "I love to sail over water" (any water). "He spilled the milk all over the floor" (some specific milk, perhaps the milk you bought earlier that day) or "He spilled milk all over the floor" (any milk). "A/an" can be used only with count nouns. "I need a bottle of water." "I need a new glass of milk."

8 Geographical use of the There are some specific rules for using the with geographical nouns. Do not use the before: names of most countries/territories: Italy, Mexico, Bolivia; however, the Netherlands, the Dominican Republic, the Philippines, the United States names of cities, towns, or states: Seoul, Manitoba, Miami names of streets: Washington Blvd., Main St. names of lakes and bays: Lake Titicaca, Lake Erie except with a group of lakes like the Great Lakes

10 Do use the before: names of rivers, oceans and seas: the Nile, the Pacific points on the globe: the Equator, the North Pole geographical areas: the Middle East, the West deserts, forests, gulfs, and peninsulas: the Sahara, the Persian Gulf, the Black Forest, the Iberian Peninsula 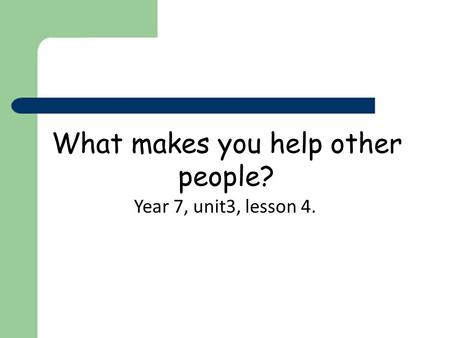 What makes you help other people? Year 7, unit3, lesson 4. 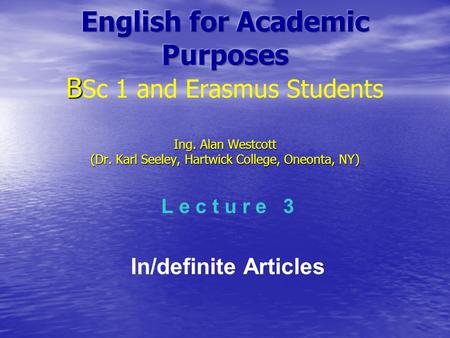 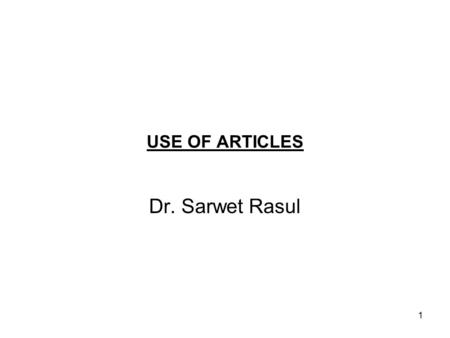