Presentation on theme: "Movie Posters Codes and Conventions. What is a Movie Poster? A movie poster can be seen in a number of lights: some see them as a work of art but their."— Presentation transcript:

2 What is a Movie Poster? A movie poster can be seen in a number of lights: some see them as a work of art but their primary purpose is as an advertisement The challenge for the creators of these posters is to maintain the artistic values of these pieces while ensuring they are successful persuasive texts. We the consumers of these texts can often tell the genre or have a good guess at what the movie is about at just a glance depending on the colour scheme and pose used for the main image but there are some conventions which are common to all genres: -Masthead –Credit Block –Main Image –Actors names -Directors names –Reviews –Taglines…. There are a number of different types of movie posters: Teaser Posters, Official Cinema Release Posters and DVD Release posters and when analysing posters we need to address what the purpose of the particular poster is.

3 Romantic Film Posters Main Image of lead male and female characters, their relationship main focus of the movie. Main Actors names featured under their image. Tagline based on a romantic theme, “Nothing on earth could keep them apart. Credit Block Movie Title Director Soft/Pale colours with cloud like effect, gives impression of heavenly like atmosphere or the idea of the cliché “on cloud nine” is suggested here. Location plays big part of this movies story. Portrait

4 Romantic Film Posters Main Image of lead male and female characters, their relationship main focus of the movie. Tagline based on a romantic/fantasy theme, “When you can live forever what do you live for?” also suggestive of horror element of being un-dead. Movie Title Release Date Website Tagged – appealing to the teenage target audience Black used for background and actors in dark clothing to show the sub genre of horror within the movie with the inclusion of vampires in the story. Portrait

5 Horror Film Posters Credit Block Mentioning director involved and tagging other movies he has been involved with and this may also draw fans of these movies towards this one. Scars suggest bloody/gory trauma happening to character and pale make up of actor creating ghostly/un-dead like image Blades suggestive of a weapon character can use therefore this character may be a danger “Creation” gives impression of a monster/Frankenstein like character Black and white colour scheme implies a sense of light and dark. Main Actor Movie Title Portrait

6 Horror Film Posters Movie Title Credit Block Image: skeleton like fingers with jack-o- lantern face adds to the title “Halloween” making movie seem even more creepy Tagline quite creepy and appropriate for horror genre of film. Knife suggestive of a weapon a character can use therefore this anonymous character may be a danger Black background creates a sense of darkness, evil and death Portrait

8 Sci-Fi Film Posters Movie Title Main Actor Lines and rows of robots standing together in army like formation giving sense that they are cause of trouble rising up against human masters and creators. Metallic-like background colours establishes movies sci-fi genre Image: Main actor. Pose suggests ready for action, typical of an action hero so shows to audience there will be exciting, fast paced action. Credit Block Tagline suggests action “one man saw it coming” Portrait

9 Main Features of the Genres Romance: -Featuring the lead male and female actors and often in a pose where they are close together, looking at each other or touching in some way. Horror: -Use of black as main component in colour scheme and object/words that would suggest danger or a monster like character e.g. a weapon (blade of some kind), scars, skeleton like features… Sci-Fi: -The inclusion of action elements (a battle scene still, action hero figure…) and most importantly something “out of the world” like an outer space setting or robots as the posters I analysed featured

Download ppt "Movie Posters Codes and Conventions. What is a Movie Poster? A movie poster can be seen in a number of lights: some see them as a work of art but their." 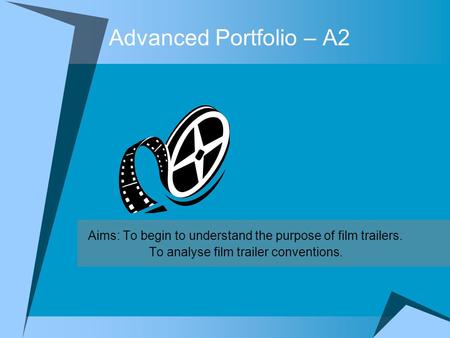 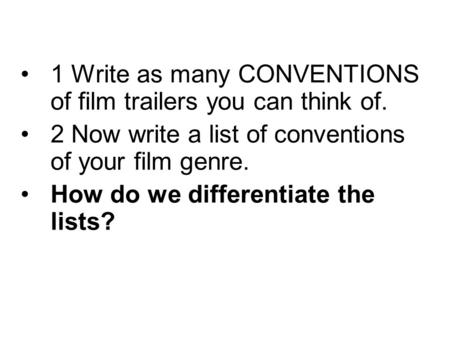 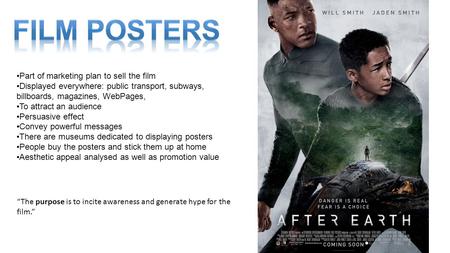 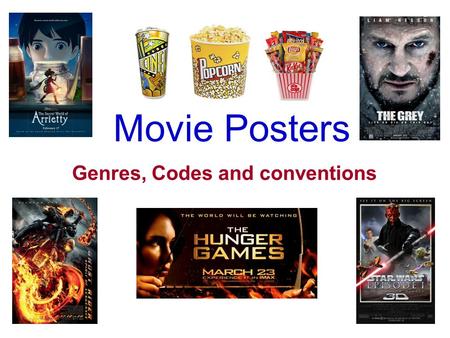 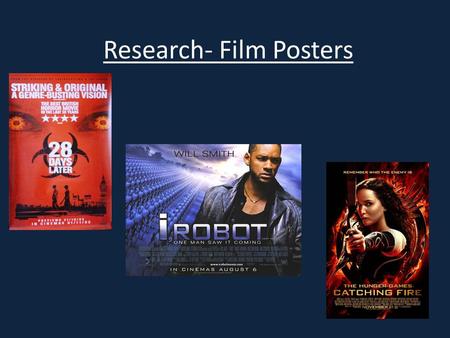 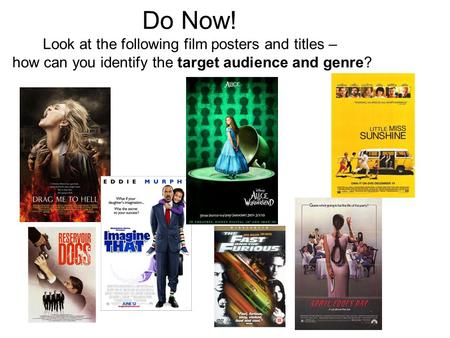