13 What does the term Classical mean?
From 1750 on artists, musicians, and architects wanted to get away from the strange opulence of the Baroque period and move to emulate the clean, uncluttered style of Classical Greece. This period is called Classical because of that desire to emulate the works of the ancient Greeks.

14 Characteristics of the Classical Period
The Church and Monarchs were no longer the principle benefactors of the arts due to the political upheaval in Europe at the time.

15 All of the Classical composers were employed by various wealthy patrons. Much of their music was written for parties, ceremonies, or simply as a commission for a new work. The center of Classical music was Vienna, Italy which is where all of the major composers lived and worked. There was also a sense of Nationalism (pride in your country) in the compositions.

16 Musical Background (Baroque was fancy and complicated but Classical was …
Focus on Simplicity and Balance Music is meant to be EASILY understood Avoided the use of excessive emotion Music was written with a single melodic line; other instruments provided accompaniment (Ex: Violin solo w/ keyboard accompaniment)

19 Musical Innovations Symphonic form Sonata form String Quartets
Huge popularity of the Opera Invention of the modern Piano, as well as many other instruments Theme and Variations

31 The String Quartet A composition for four solo string instruments:
2 Violins 1 Viola 1 Cello Each part is equally important. Haydn was the first to write one - he also mastered them. Piece usually has four movements similar to that of the symphonic form.

33 Opera While opera was invented much earlier in musical history, it was during this period and the one that followed that most of the most famous operas were written - including: The Magic Flute The Marriage of Figaro Don Giovanni All of these operas were written by Mozart. Beethoven, Haydn and Schubert has no success with writing operas. An opera is basically a musical play with all of the words sung instead of spoken.

40 Conclusions Most of the most famous composers in history come from this era. By 1825, the modern orchestra was almost fully in place (except for the tuba and low woodwinds). It was during this era that many of the most famous pieces of music were written, including symphonies and operas. 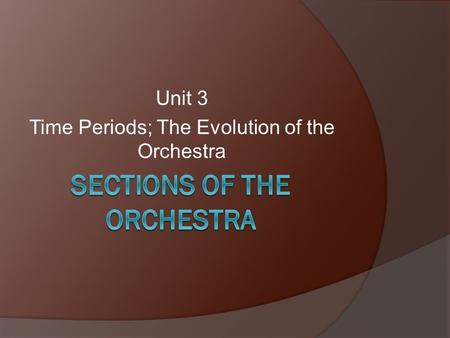 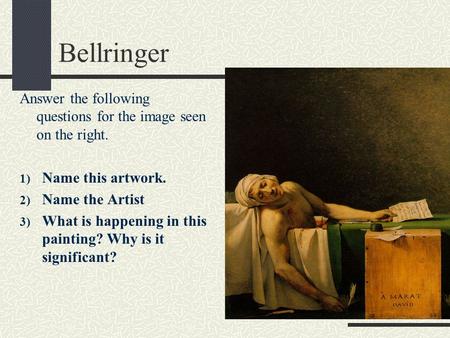