1 Issues with the air

7 Reduction in Air Pollutants
Motor Vehicles: Introduction of a catalytic converter a device that reduces the amount of air pollutants in emissions Cleaner Gasoline: Gasoline once contained lead. The lead from the vehicle emissions would settle onto the ground and contaminate it. Lead has been outlawed in gasoline since 1973. Industries and Power Plants: Scrubbers have been added to many plants to remove pollutants of change them chemically before they leave the factory

8 Ozone: A Success Story Ozone Hole: first noticed in the late twentieth century Chlorofluorocarbons: (CFC’s) are a chemical that had been predicted to cause the depletion in the ozone layer, by reacting with the ozone. Used in refrigerators and aerosol spray cans. The Montreal Protocol: Many nations began to restrict production of CFC’s. Today the production of CFC’s has dropped 95% since the late 1980’s. Evidence indicates that the ozone is beginning to recover. The levels of ozone has stabilized and scientists believe that they will soon begin to increase to their former levels. 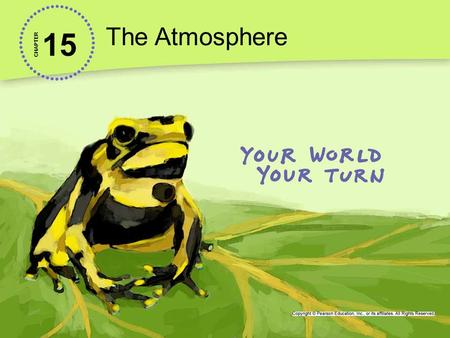