1 Human Effects on the Atmosphere

2 Air Pollution Think about a piece of burnt toast from your toaster at home. If someone burns toast and there is a fan blowing in the hallway, you can smell it all the way upstairs, right? This means you’re breathing in air that contains smoke. Smoke and other harmful materials added to the air are called air pollution. Outdoors, wind can spread air pollution from place to place the way the fan does in your home.

3 Air Pollution If you’re in the kitchen when you burn the toast, you might see the smoke and you can definitely smell it. But if you’re upstairs, it may be too thin to see, but you may still be able to smell it. There are also other types of air pollution that you can’t see or smell. Like smoke, they can be spread by wind. Most air pollution either leaves the air or becomes thin enough over time to be harmless.

4 Gas Pollutants Pollutants (air pollution) are either categorized as gases or particles. Gas pollutants include carbon monoxide, methane, ozone, sulfur oxides, and nitrogen oxides. Some of these occur naturally in our atmosphere They are only considered pollutants when they are likely to cause harm. Example: Ozone is good in the stratosphere because it protects us, but is bad in the troposphere because it is harmful to breathe.

5 Particulates Particle pollutants can be easier to see than gas pollutants. Particulates are tiny particles/droplets that are mixed in with the air. Smoke contains particulates. The wind can pick up other particulates like dust, pollen, dirt, and salt from the ocean.

6 Sources of Pollutants Most major pollutants come from cities and suburbs Fossil fuels- fuels formed from the remains of prehistoric animals and plants Examples: Coal, Oil, Gasoline Smog- combination of smoke and fog Sunlight causes gasoline, car exhaust, and other gas fumes to react chemically Reactions form new pollutants, such as ozone, which together make smog

8 Effects of Pollution Health problems:
Irritation to throat, eyes, lungs, and nose Difficulty breathing Can lead to lung disease, breathing problems Exercise is especially dangerous because you take in more air into your lungs. Young children, the elderly, and people with asthma are especially vulnerable.

9 Other Effects of Pollution
Damage to plants, buildings, and other outdoor objects Dusty air or a dust storm can make it difficult to see If carried high enough into the atmosphere, particulates can reflect/absorb sunlight and affect the weather When rain clears the air, pollutants can move into the ground, lakes, and oceans

12 Sources of Greenhouse Gases
Most greenhouse gases occur naturally. They help keep temperatures livable on Earth. Human activities are producing greenhouse gases faster than natural processes can remove them from our atmosphere. CO2: comes from use of fossil fuels in power plants, cars, factories, and homes Methane: comes from cattle and other livestock, and landfills (waste disposal) Nitrous oxide: fertilizers and chemical factories

13 Global Warming People are concerned with the amount of greenhouse gases that humans are adding to the air. CO2 can stay in the atmosphere for over 100 years, so the amount keeps adding up. The air contains about 30% more CO2 than it did in the mid 1700’s, and it continues to increase at about 0.4% per year. Global warming can affect sources of food, amount of water and resources available, and human health.

14 Reducing Greenhouse Gases
Kyoto Protocol- international agreement where developed nations can release no more greenhouse gases each year than they did in 1990. In 1990, more than 1/3 of all greenhouse gases released in the world came from the United States! We can do small things to reduce greenhouse gas emissions, like using less energy Scientists are trying to produce energy without using fossil fuels, and find alternative energy sources like wind, water, and solar power.

15 Destroying the Ozone Layer
Remember ozone is a PROTECTANT in the stratosphere because it blocks out harmful UV rays. Remember the cycle of O3 and O2 coming together and breaking apart… Certain chemicals disrupt this cycle like chlorine. It breaks apart the ozone and converts it to oxygen gas so no new ozone can be formed to balance that loss.

16 CFC’s 85% of chlorine comes from human activity.
Chemicals called CFC’s (chlorofluorocarbons) have been manufactured for use in cooling systems, aerosol cans, and styrofoam packaging. These chemicals break down in the stratosphere and release chlorine and other ozone-destroying chemicals into the atmosphere.

17 Ozone The amount of ozone in the stratosphere varies from place to place and changes with the seasons. Cold temperatures and sun make the South Pole (Antarctica) especially sensitive to the chemicals that destroy ozone. The amount of ozone over Antarctica has decreased by half from the 1970’s to the mid 1990’s. Since 1987, more than 180 countries have signed an agreement called the Montreal Protocol, an agreement to stop making and using chemicals that harm the ozone layer. 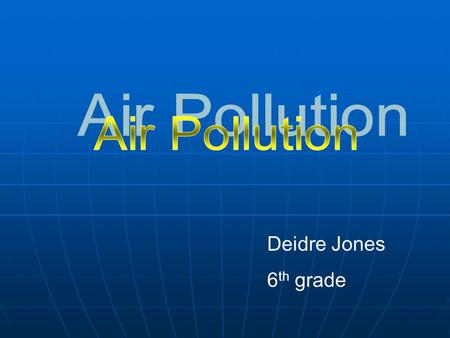 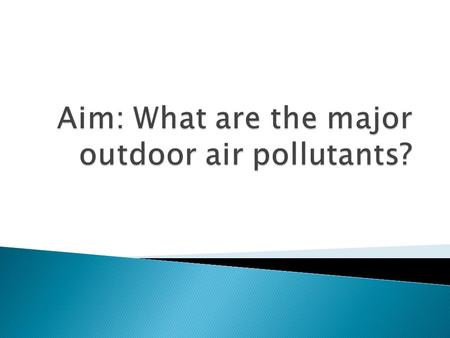 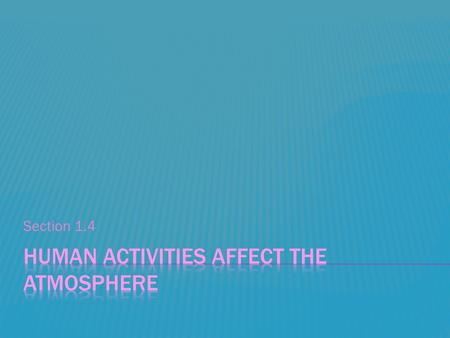 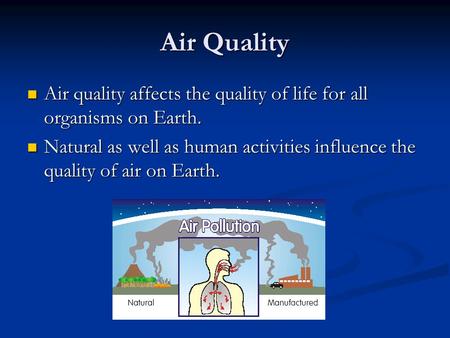