6 Cloning A _______________is a member of a population of genetically identical cells produced from a single cell. In 1997, Ian Wilmut cloned a sheep called Dolly. clone

7 Researchers hope cloning will enable them to make copies of transgenic animals and help save endangered species. Studies suggest that cloned animals may suffer from a number of _____________________and health problems. genetic defects 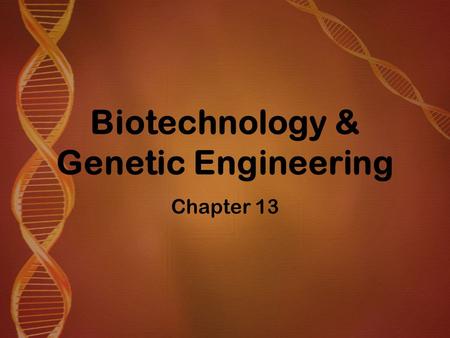 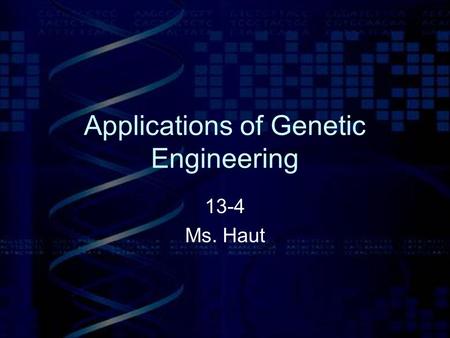 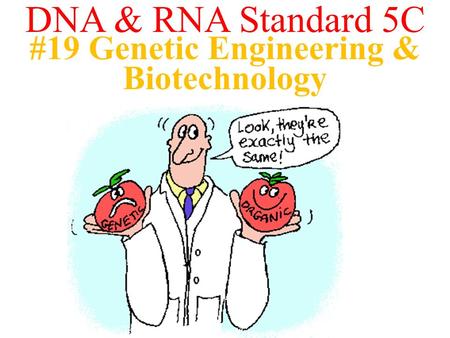