3 Complement and Completers A complement or a completer is a word or a group of words that completes the meaning begun by the subject and the verb.

4 Examples : -I planted flowers in my garden. -That poem was humorous. -Ms. Musynske gave her students a party. -The winner is he.

5 Complements and Completers May Be : Nouns Pronouns Adjectives

6 Complements and Completers Complements can never be an adverb or be a word in a prepositional phrase.

10 Find the subject and the verb. Label prep. phrases Ask “whom” or “what” after the verb

11 Examples: We read A Christmas Carol by Charles Dickens. The boys recited the speech in social studies class.

12 The teacher corrected the quiz papers. We completed our homework during study hall.

13 Indirect Objects An indirect object follows an action verb. It comes after the verb but before the direct object.

15 Find the subject and the verb. Label prep.phrases.

17 Examples: Ms. Musynske gave her students a party. The principal gave the boy his award for good citizenship.

19 Predicate Nominatives A predicate nominative is a complement that follows a linking verb. It will be a noun or a pronoun and will refer back to the subject.

20 Examples: Ms. Musynske is my English teacher. The winner of the award is he. The boy was captain of the team.

21 Predicate Adjectives An adjective which follows a linking verb is called a predicate adjective. –Examples: The chili tasted spicy. Her eyes are blue.

22 Predicate Nominative or Pred. Adjective?? The snow is deep. He became a successful lawyer. She seems nervous. He will be the president of the junior class. 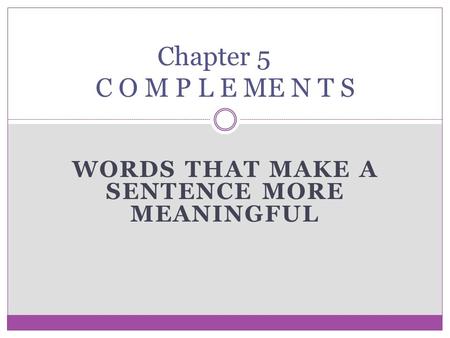 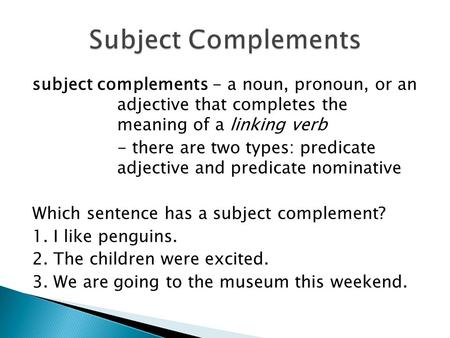 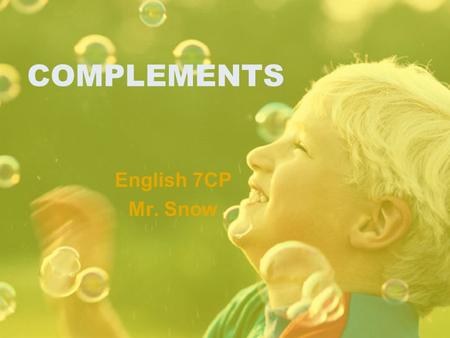 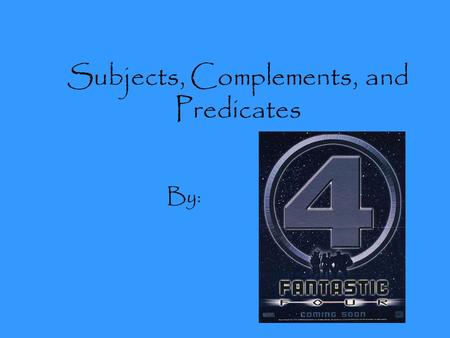 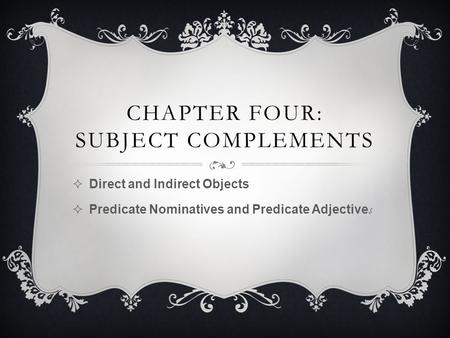 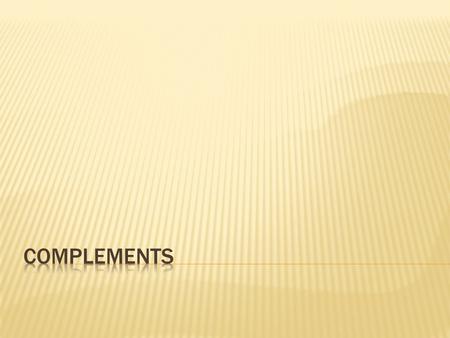 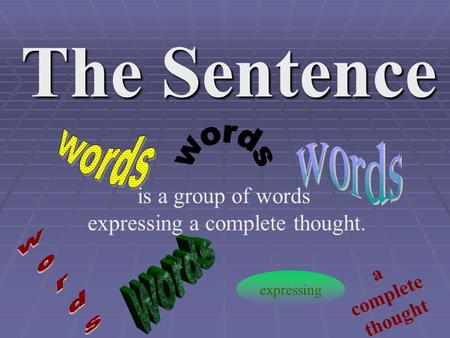 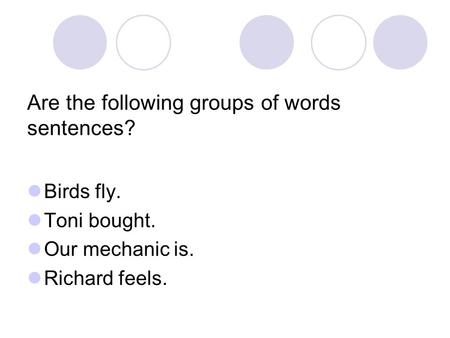 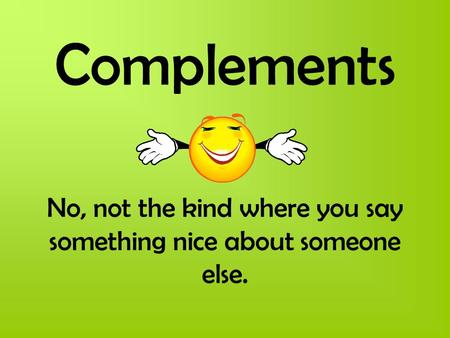 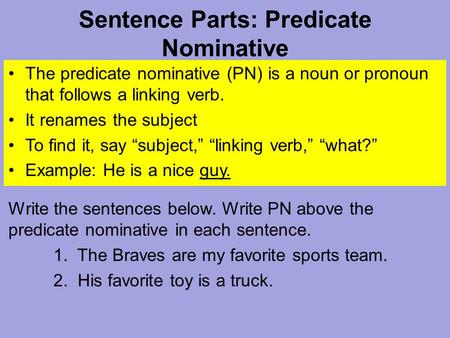 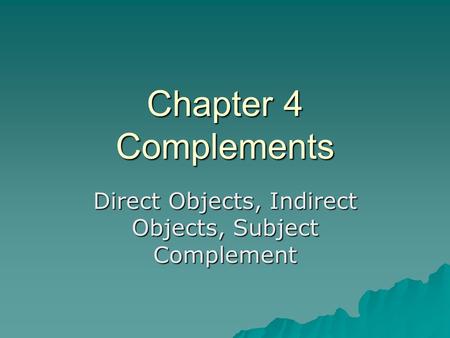 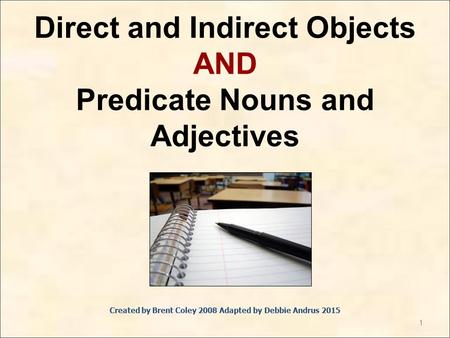