Drive Right You are the Driver

7 Vehicles Interacting with other vehicles is important

8 Roadways You must take control of your vehicle at all times in all conditions!

9 Regulating The HTS States grant individuals the privilege of driving on the roads by issuing them a driving license. By passing a licensing exam, you agree to obey traffic laws in exchange for the privilege of operating a motor vehicle on public roads.

10 Federal – State – Local Government Agencies
Assist in regulating the HTS Laws are made to make up the vehicle code. Enforcement Agencies assure that driver and vehicle standards are met. Courts decide whether drivers charged with violating the laws are guilty or innocent. Highway traffic engineers plan, build, and maintain the complex system of roadways.

16 MASTER THE IPDE You Will Be Able To Drive In A Way That
Reduces Conflicts. This Ability Is Called DEFENSIVE DRIVING It Lowers the Risk of Conflict by Protecting You and Others From Dangerous Driving Situations!

17 IPDE IDENTIFY: important information in the ongoing driving scene
PREDICT: when and where possible points of conflict will develop. DECIDE: when, where, and how to communicate, adjust speed, and/or change position to avoid conflict. Execute: the right action(s) to prevent conflict.

18 Your Driving Responsibilities
Driving is a privilege-not a right! The driving privilege is based on an assumption that you will be a responsible driver. Assume it and respect it! It Will be good to you and low risk, you will enjoy it. Disrespect Responsibilities and you may ruin your life and the lives of those around you!

20 BAdditude Attention Seekers – Reckless Behaviors Road Rage
Careless When In A Hurry Challenge another problem driver Peer Pressure – Someone Sometime is going to try to get you to do something that you do not want to do. DO NOT GO THERE!

21 Breakdowns in the HTS Traffic Tie-Ups Collisions
A collision occurs when a vehicle conflicts with and hits another object. Collisions are a major cause of injury and death! 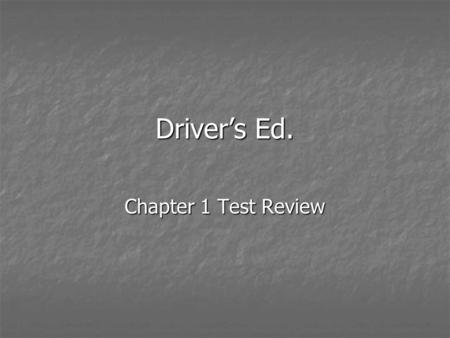 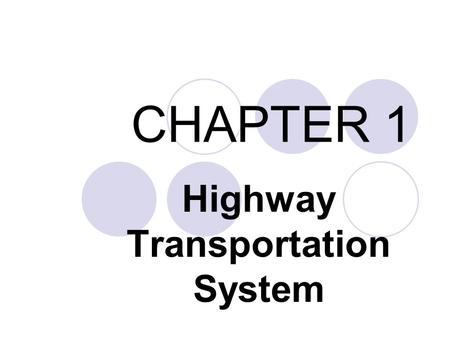 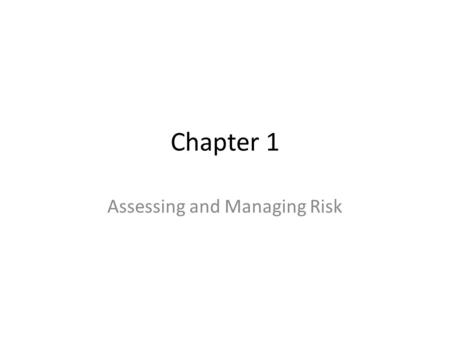 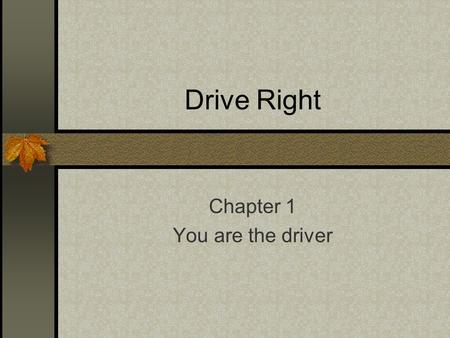 Chapter 1 You are the driver 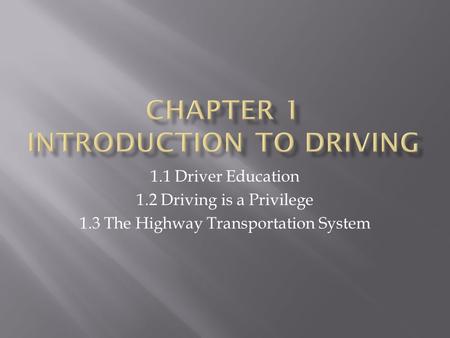 1.1 Driver Education 1.2 Driving is a Privilege 1.3 The Highway Transportation System. 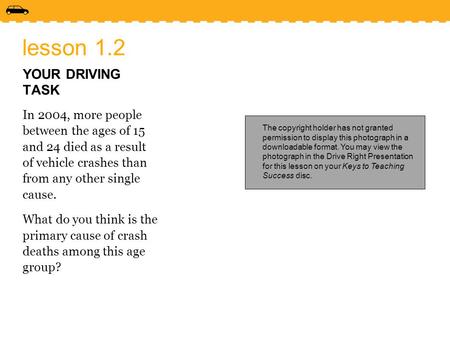 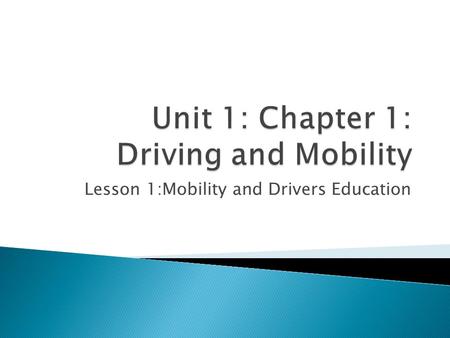 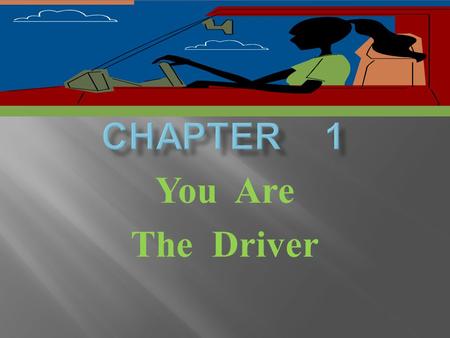 You Are The Driver. Section Objectives *Describe the 3 parts if the Highway transportation system(HTS) *Tell how the HTS is regulated. 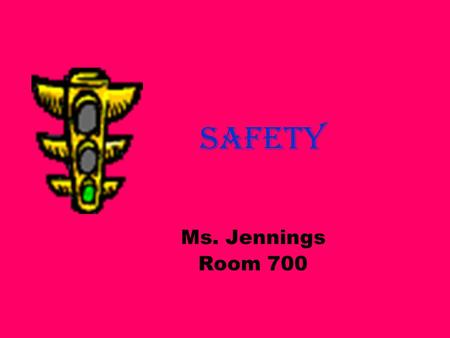 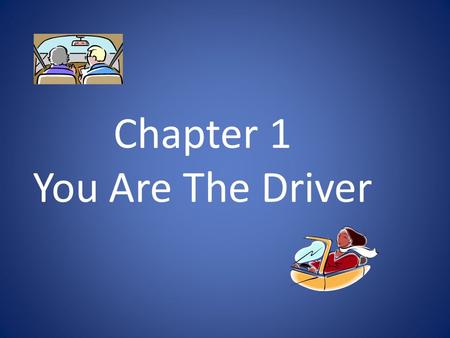 Chapter 1 You Are The Driver 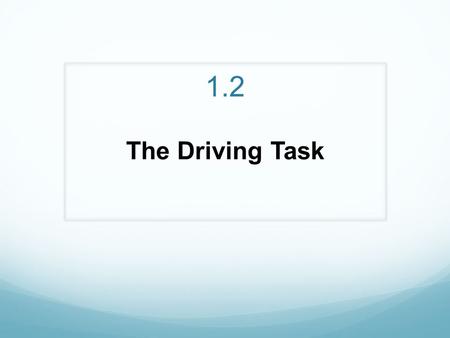 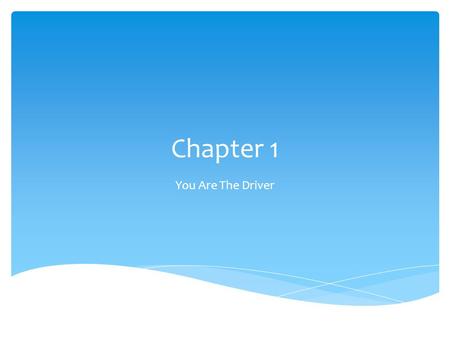 Chapter 1 You Are The Driver.  Highway Transportation System (HTS)  Purpose – is to move people and cargo from one place to another in a safe and economical. 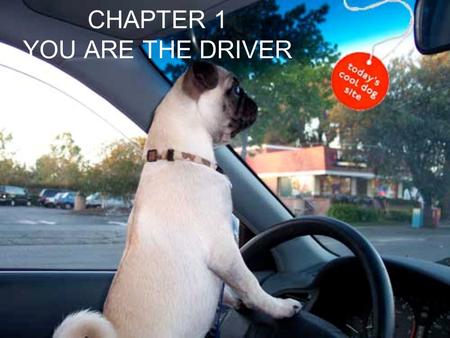 CHAPTER 1 YOU ARE THE DRIVER 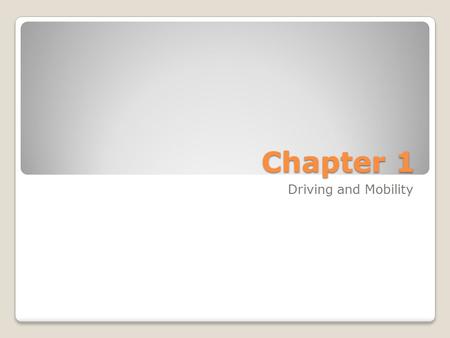 Chapter 1 Driving and Mobility. Driver Education Information Provide an opportunity to learn as much of the information and skills you need to be a good. 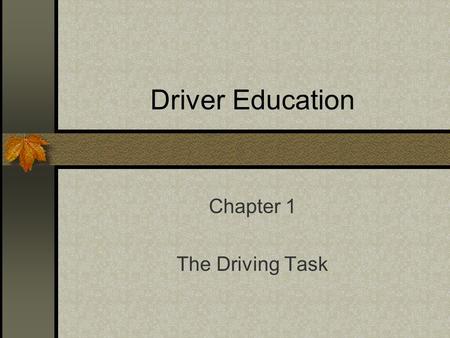 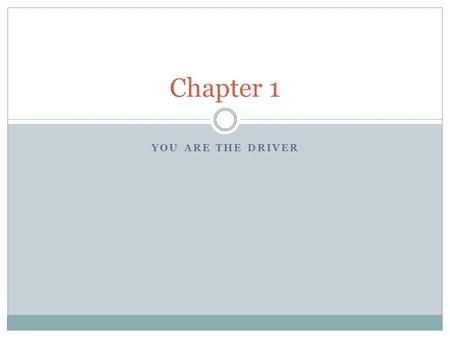 Chapter 1 You are the driver. 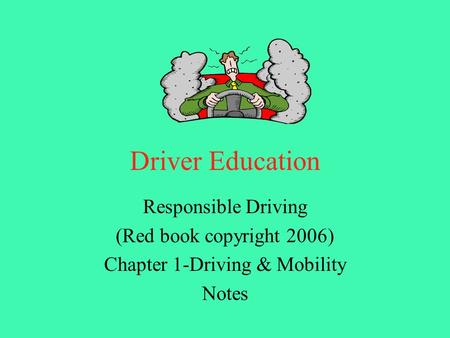 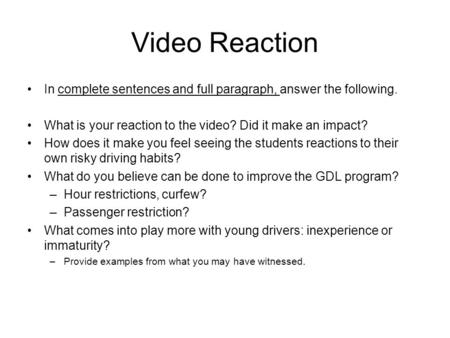 Video Reaction In complete sentences and full paragraph, answer the following. What is your reaction to the video? Did it make an impact? How does it make. 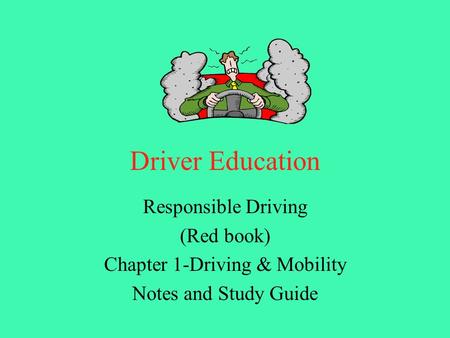 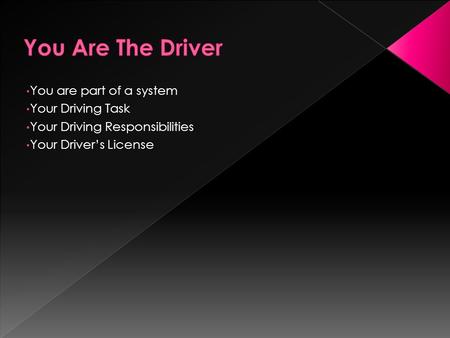