1 KEY CONCEPT As the human population grows, the demand for Earth’s resources increases.

7 An ecological footprint is the amount of land needed to support a person.
The land must produce and maintain enough food and water shelter energy waste

8 Several factors affect the size of the ecological footprint.
amount and efficiency of resource use amount and toxicity of waste produced

9 Give 3 examples of how technology has influenced human population growth
Advances in medicine have reduced infant mortality and prolonged life spans Industrial technologies have made transportation and agriculture more productive and easier, allowing for easier food production and distribution Plumbing and sewage treatment have improved sanitation, reducing incidence of water born illness

11 What factors can limit the growth of the human population?
Disease Drought Overexploitation of limited resources Crop pests War

15 Air Quality Smog can be harmful to human health. Acid rain is caused by fossil fuel emissions. produced when pollutants in the water cycle cause rain pH to drop can lower the pH of a lake or stream can harm trees

21 Air Quality Explain how a build-up of CO2 in the atmosphere could increase Earths global temperature. With more greenhouse molecules in the atmosphere, less heat would be allowed to escape, causing Earth to become warmer.

31 16.4 Threats to biodiversity
Objectives Assess the consequences of loss of biodiversity Explain how loss of habitat and introduced species affect ecosystems and biodiversity

34 Habitat corridors are a solution to the problem.
corridors can be road overpasses or underpasses allow species to move between different areas of habitat 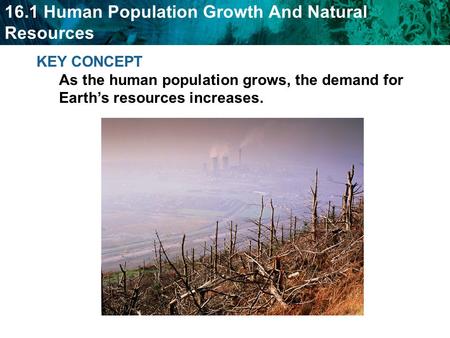 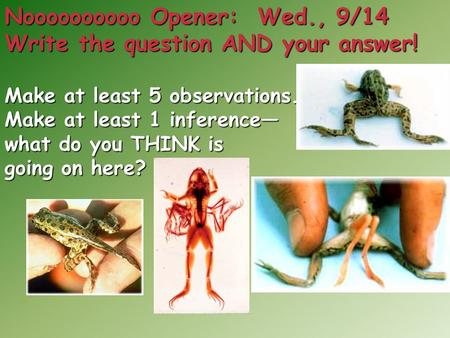 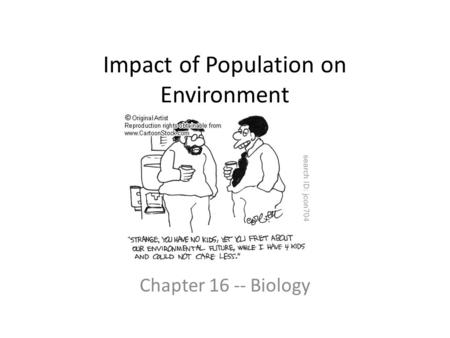 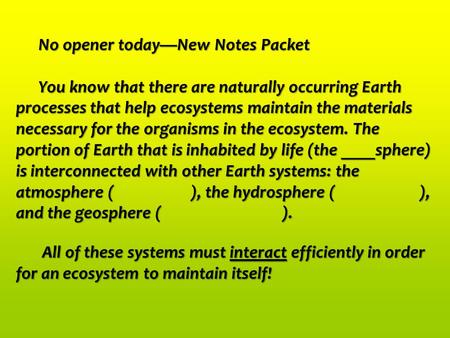 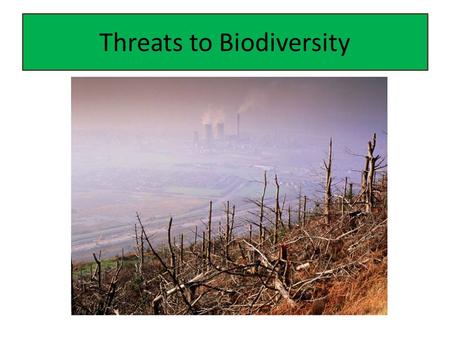 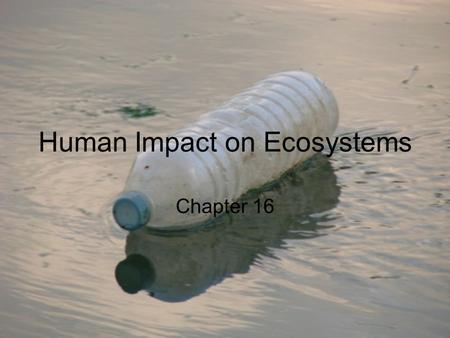 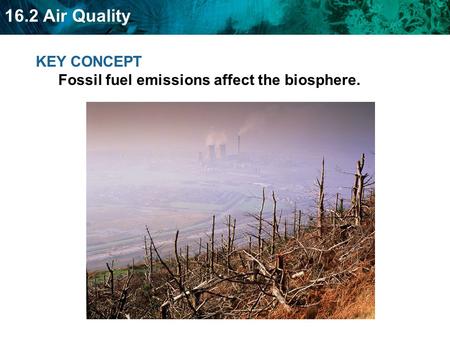 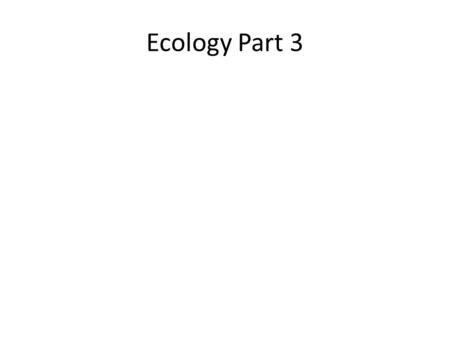