1 Japan Learns from China and Korea

2 Early Japanese Society
Early Japanese society received little influence from the rest of Asia But, by the 500s, Japanese leaders started sending people to China and Korea to learn more about their cultures

5 Religion and Philosophy
Remember Shinto? It originated in Japan Shinto is Japan’s traditional religion Shinto is the worship of nature spirits, called kami

7 Religion and Philosophy
Prince Shotoku sent scholars to China- they brought back Confucianism What two principles did Confucius teach? Japanese families began to live by the rules of Confucianism

8 Religion and Philosophy
Korea introduced Buddhism to Japan People knew about Buddhism, but many still wanted to practice Shinto

10 Government Villages in Japan were ruled by clan chiefs
What is a clan? One clan, the Yamamotos, became powerful by conquering other clans They called themselves the emperors of Japan The son and grandson of Japan’s current emperor

12 Review Questions True or False- Japan is made up of mountains, volcanoes and flat coastal plains

13 Review Questions How did Japan’s location both separate it from and tie it to China and Korea? Hint

14 Review Question What is a clan?

16 Review Question The influence of China and Korea on Japan’s early history, culture and development is found in all of the following except Japan’s first writing system The traditional Japanese diet Early rules for family behavior The practice of Buddhism

17 Review Question What is a regent? 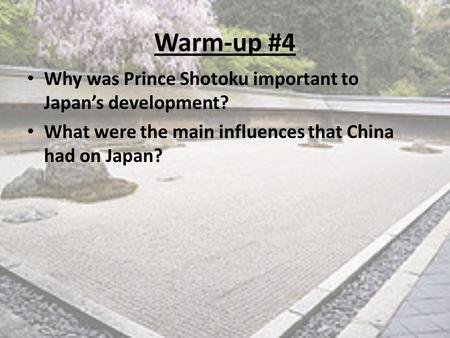 Warm-up #4 Why was Prince Shotoku important to Japan’s development? 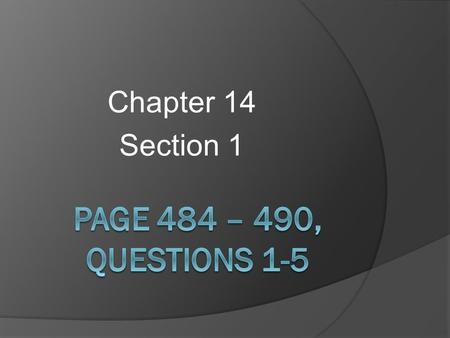 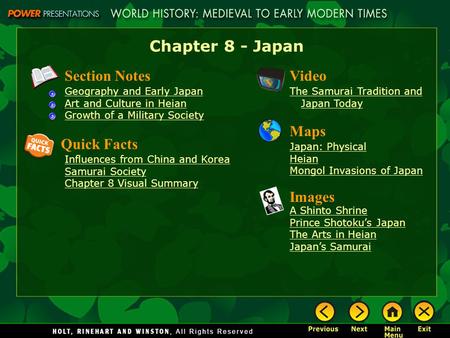 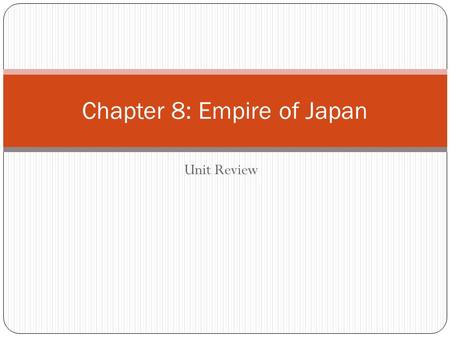 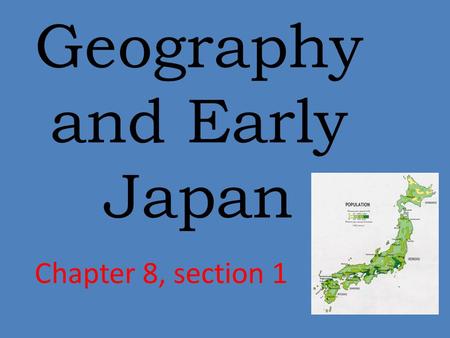 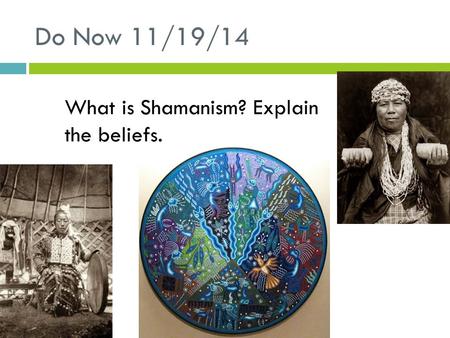 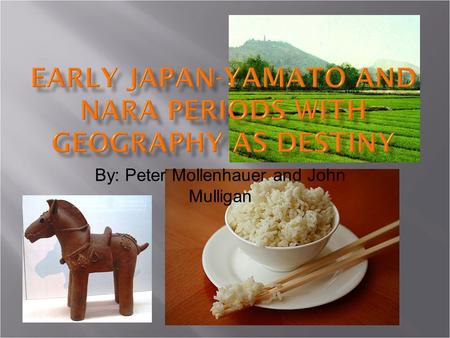 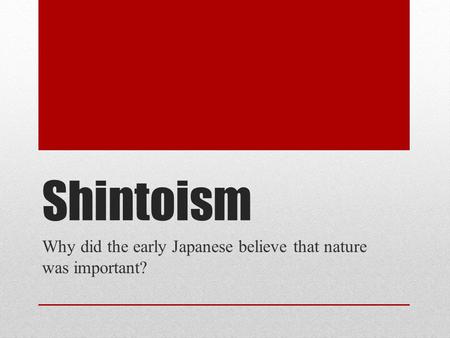 Why did the early Japanese believe that nature was important? 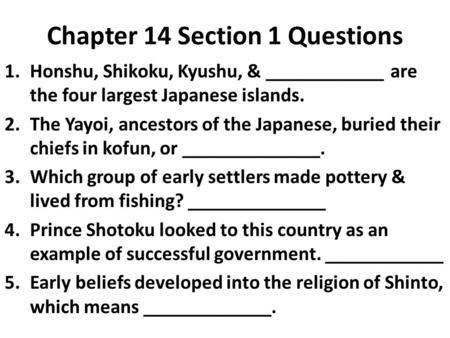 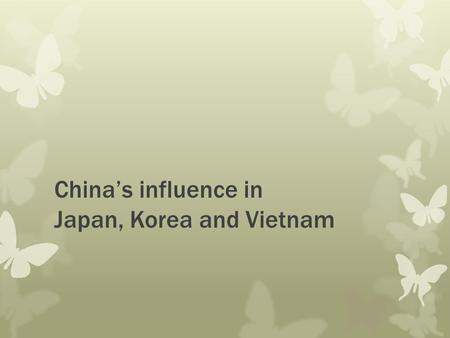 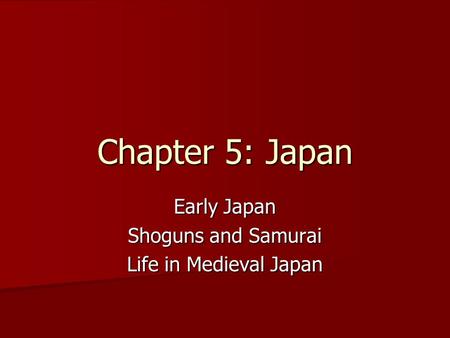 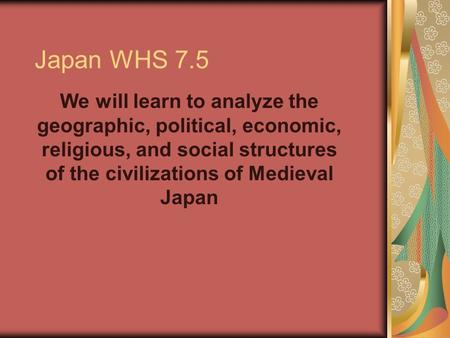 Japan WHS 7.5 We will learn to analyze the geographic, political, economic, religious, and social structures of the civilizations of Medieval Japan. 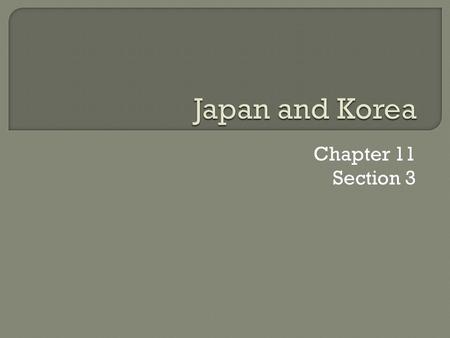 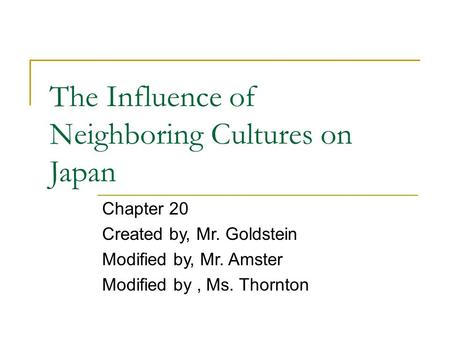 The Influence of Neighboring Cultures on Japan 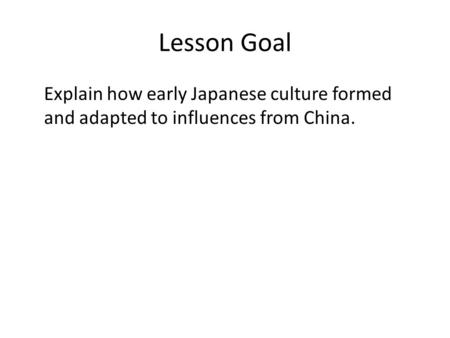 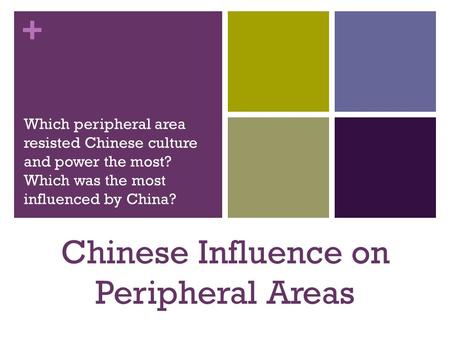 + Which peripheral area resisted Chinese culture and power the most? Which was the most influenced by China? Chinese Influence on Peripheral Areas. 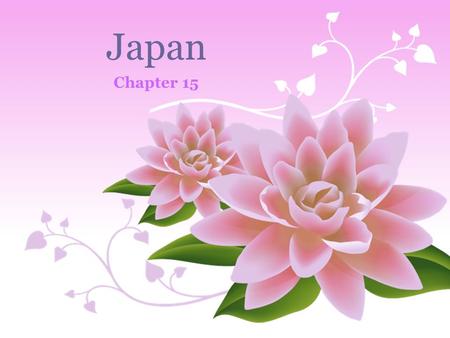 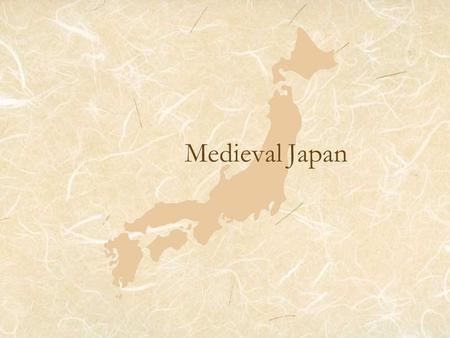 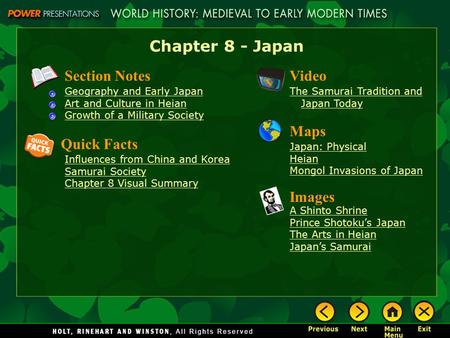