2 Scripture Matthew 5:3 Blessed are the poor in spirit, for theirs is the kingdom of heaven. The poor in spirit – Those who recognize that they are truly sinners saved by grace. A humility which will lead to true confidence by recognizing the need for the savior.

3 The Need for Psychological Science Psychologists, like all scientists, use the scientific method to construct theories that organize observations and imply testable hypotheses* Monty Hall – First President http://www.stat.sc.edu/~west/javahtml/LetsMakeaDeal.html

4 The Need for Psychological Science  Hindsight Bias *  we tend to believe, after learning an outcome, that we would have foreseen it  the “I-knew-it-all-along” phenomenon

5 Overconfidence Sometimes we think we know more than we actually know. Anagram BARGEGRABE ENTRYETYRN WATERWREAT How long do you think it would take to unscramble these anagrams? People said it would take about 10 seconds, yet on average they took about 3 minutes (Goranson, 1978).

22 Frequently Asked Questions about Psychology Does behavior depend on ones culture?  Culture--the enduring behaviors, ideas, attitudes, and traditions shared by a large group of people and transmitted from one generation to the next

23 Frequently Asked Questions about Psychology Does behavior vary with gender? 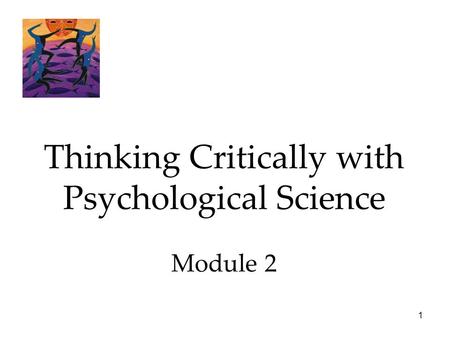 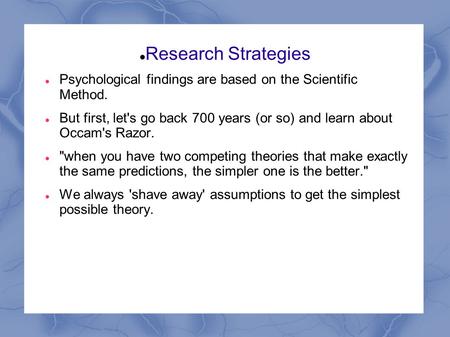 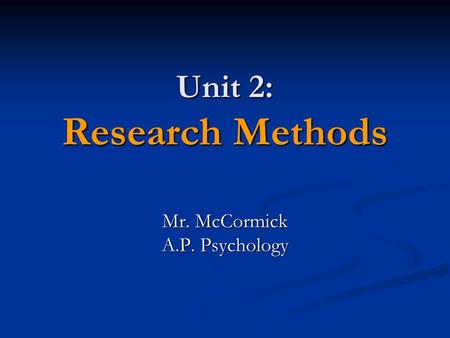 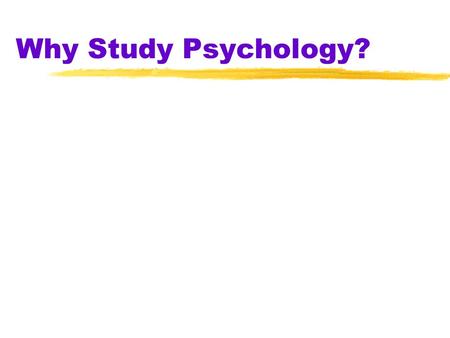