14  If marbles of two colors are mixed well in the large jar, the fastest way to know their ratio is to blindly transfer a few into a smaller one and count them

17 Correlation  Scatterplot  a graphed cluster of dots, each of which represents the values of two variables  the slope of the points suggests the direction of the relationship  the amount of scatter suggests the strength of the correlation  little scatter indicates high correlation  also called a scattergram or scatter diagram

23 Two Random Sequences  Your chances of being dealt either of these hands is precisely the same: 1 in 2,598,960.

37 Frequently Asked Questions about Psychology Does behavior depend on ones culture?  Culture--the enduring behaviors, ideas, attitudes, and traditions shared by a large group of people and transmitted from one generation to the next

38 Frequently Asked Questions about Psychology Does behavior vary with gender? 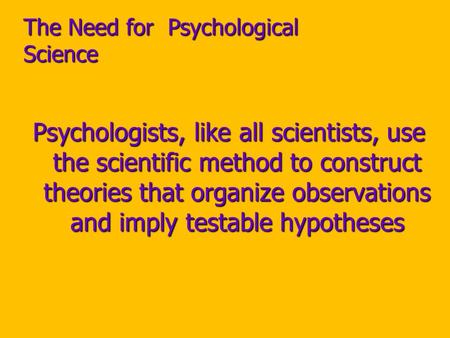 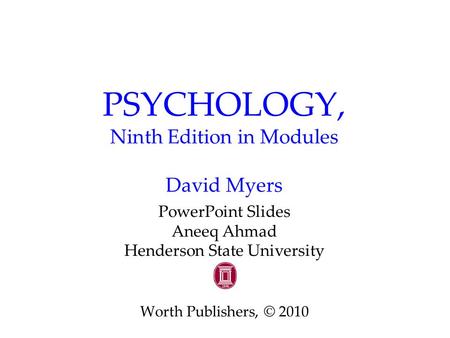 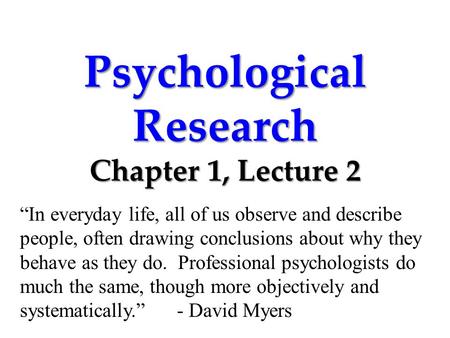 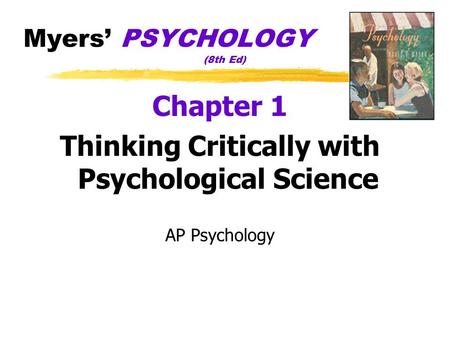 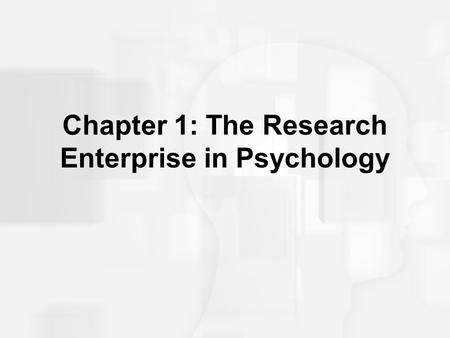