6  Definition: anyone accused of a crime would appear before a judge & either be released to given a trial by jury  1685 - Charles II dies  James II is King (his brother) 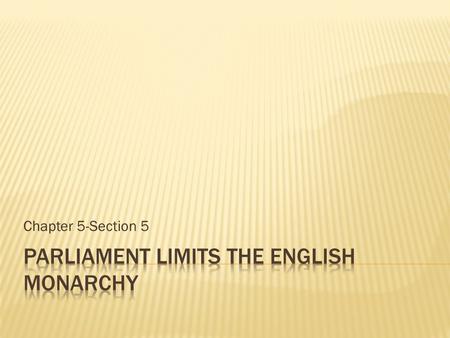