Presentation on theme: "US Nationalism US History. What is nationalism? Pair-share (2 minutes) –What does it mean? –What are examples of nationalistic behavior?"— Presentation transcript:

1 US Nationalism US History

2 What is nationalism? Pair-share (2 minutes) –What does it mean? –What are examples of nationalistic behavior?

3 Along with sectionalism, nationalism After 1812, Americans had strong national pride. –Yes, people started to consider themselves “northerners,” “southerners.” –BUT pride in being American persisted among all US citizens.

4 American system Even as different economies grew up in N & S, President Madison presented a plan for unifying the country. –He wanted to unite the different regions. to create a strong stable economy to make the country self-sufficient. –A 3-point plan for Congress….

6 “American System” Plan was recognized all around as promising. –Even critics, like Henry Clay (the Speaker of the House) promoted it. –Clay: It will unite the country, because each part of the country has a role: North: makes industrial goods; South and West buys them. South and West: cotton, grain, and meat One stable currency will be used everywhere. Transportation system ties everything together. US can finally be free of European economic strings.

7 National Power boosted by Supreme Court Series of court cases gave national govt more power over state govt. –Gibbons vs. Ogden (1824): only the federal govt can regulate interstate commerce. –McCulloch vs. Maryland (1819): a state cannot tax the federal “Bank of the US”

9 Nationalism in Foreign Policy Monroe Doctrine (1823) But also other “John Quincy Adams” treaties: –Rush-Bagot (1817): US and Canada demilitarize their common border. –Convention of 1818: US northern border fixed at 49th parallel up to the Rockies for 10 years Britain and US will jointly occupy Oregon Territory

10 Nationalism in Foreign Policy Adams-Onis Treaty (1819): –Spain--too weak to defend its territories in the New World-- ceded Florida to US AND –Gave up claims to the Oregon Territory.

13 Missouri Compromise Territory to State process: –Once the territory reaches 60,000 people, they can apply for statehood: –You need to: petition the Union for admission. draft a state constitution. elect representatives. But in Missouri territory, nationalist spirit came up against slavery…

14 Missouri Compromise 1818 US had 10 free and 10 slave states. –Illinois entered US as 11th free state. –Southerners expected Missouri to balance as 11th slave state. –BUT a New York State Congressman (James Tallmadge) got the House of Reps to change Missouri’s statehood bill. Missouri had to free its slaves!

15 Missouri Compromise In the Senate, southerners blocked the House’s bill. Meanwhile, Alabama came into the Union as the 11th slave state instead. Now, where would Missouri enter?

16 Accusations Southerners: “Northerners want to get rid of slavery.” Northerners: “Southerners are trying to spread slavery to new territories.” Tension was high: already civil war was mentioned as a possibility.

18 Solution? –2. Rest of Louisiana Territory was divided north and south at 36 30 latitude. South of line: slavery legal North of line (except Missouri): slavery banned. Monroe signed the Missouri Compromise in 1820. –The issue was postponed…

Download ppt "US Nationalism US History. What is nationalism? Pair-share (2 minutes) –What does it mean? –What are examples of nationalistic behavior?" 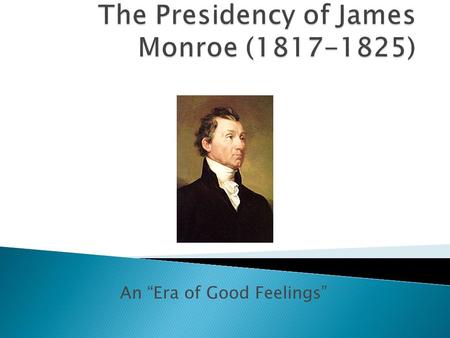 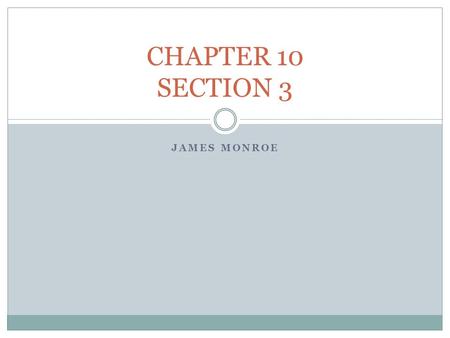