6  Nationalistic domestic policy by Henry Clay  Policies to unite the country  Tariff to protect American industries  Sale of government lands to raise money for gov’t  Maintenance of a national bank  Government funding of roads and canals  Never put into practice, but showed nationalist feelings and the desire to tie the country together

12  Missouri Territory applied to become a part of the Union  1819 there were 22 states in the Union, 11 slave and 11 free (equal representation in the Senate)  Major question: Do you admit Missouri as a slave state or a free state?? 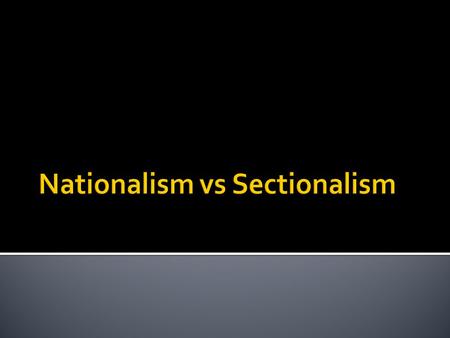 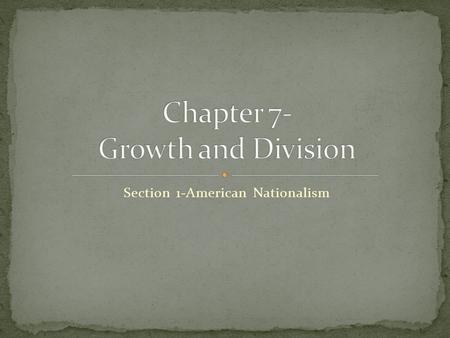 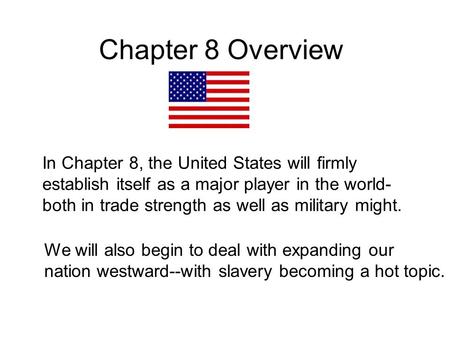