5 Daniel Webster From Massachusetts Senator
Supporter of Tariff of 1816 to protect Manufacturers “liberty and Union, now and forever, one and inseparable”

7 Missouri Compromise Sectional tension increase in 1820
Main issue of contention was slavery Missouri wanted to enter the union as a slave state (First territory to apply for statehood from Louisiana Purchase and would set a precedent. Upset balance of power in Senate

9 The American System The American System included a protective tariff; a program of internal improvements to build roads and canals It would be funded by tariffs It would provide for a national bank to lend many for the projects Manufactures in the North could benefit the South by buying more agricultural goods from the South

10 The American System This protective tariff passed but the South did not see an increase of agriculture purchases from the North In the end, Henry Clay’s system went into effect and some internal improvements were made but not on the large scale that Clay had hoped for. The national bank was created but it was still controversial.

11 McCulloch v. Maryland Federal government over state government is the issue!
Maryland taxed the Second National Bank of United States The bank refused to pay Under John Marshall, the courts ruled that Maryland had no right to tax the bank because it was federal property This case set a precedent that the federal government received their authority directly from the people, not by way of the state government.

12 Gibbons v. Ogden This case established that states could not enact legislation that would interfere with Congressional power. Strengthen the national government! States’ Rights advocates were outraged Created more sectionalism. Why?

13 Foreign Affairs Agreements with Great Britain
Rush-Bagot Treaty: Set limits on number of navel vessel on the Great Lakes Convention of 1818: Set the boundary of the Louisiana Territory between the United States and Canada at 49 parallel ling. Also allowed settlers to settle in Oregon Country.

15 Adams-Onis Treaty To avoid war, Spain offered Florida to the United States. It set the western border of the Louisiana Purchase America becomes a transcontinental power! An example of USA flexing its’ military muscle! What does transcontinental mean?

16 Latin American Republics
Many countries in South America began revolting against Spanish control. By 1824, many colonies were librated from Spain but were very unstable Fear of European involvement in newly librated colonies created fear for Americans The president issued a statement which is later called the Monroe Doctrine

17 Monroe Doctrine This doctrine stated:
The USA will not interfere in newly librated colonies Europe will not interfere in newly librated colonies. Hence stated “are henceforth not be considered as subjects for future colonization by any European powers” USA did not have the military power to enforce this Monroe Doctrine but it set forth an important element in American foreign policy and has remained so today. 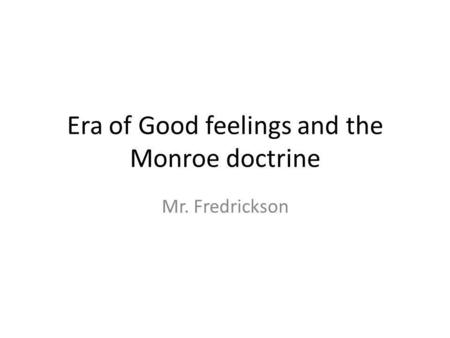 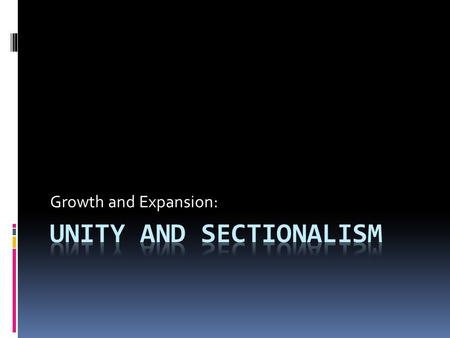 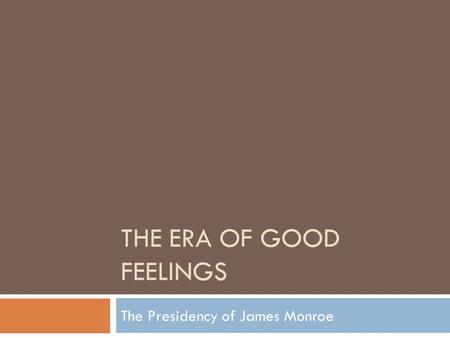 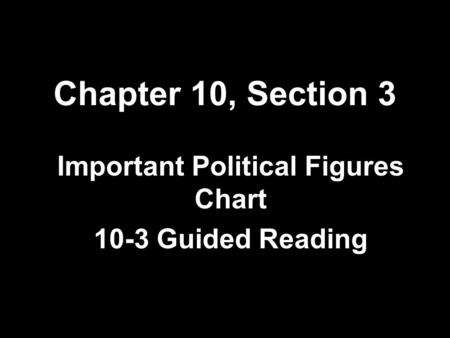 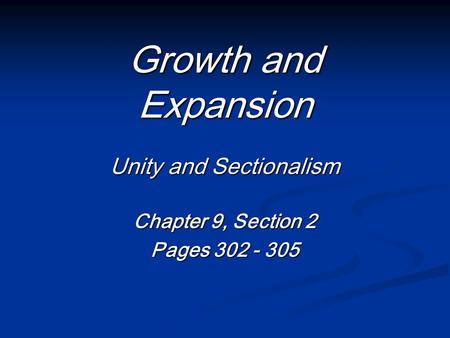