4 Locating Places Guangzhou – a port city in southern China on the Chang Jiang. Silk Road – a large network of trading routes stretching from western China to southwest Asia. Luoyang – City in northern China on the Huang He.

5 Meeting People Qin Shihuangdi – means “the First Qin Emperor”; ruler who declared himself ruler in 221 B.C. and he based his ideas upon Legalism. Liu Bang – founded the Han dynasty and declared himself Han Gaozu, which means “Exalted Emperor of Han”; divided the empire into provinces and counties Han Wudi – name means, “Martial Emperor of Han”; led the Han Empire to its peak;

9 Emperor Qin Shihuangdi
Qin was a ruler of a local state during the Zhou dynasty He gradually took over neighboring states and declared himself Qin Shihuangdi, or First Qin Emperor. Qin’s rule was based on Legalism Qin abolished the officials’ authority to pass their posts on to their sons.

10 Emperor Qin Shihuangdi
He became the only person authorized to fill empty posts. Qin united China, created one type of currency, ordered the building of roads and buildings, and connected the Chang Jiang to central China by canal.

11 Emperor Qin Shihuangdi
The Great Wall of China was built to protect the Chinese from the Xiongnu, a nomadic people living north of China. Chinese people believed Qin Shihuangdi was a harsh ruler, and they overthrew his dynasty after his death.

12 The Qin and Han Dynasties
What are some examples of Qin Shihuangdi’s cruelty in ruling his people? Qin punished or killed anyone who opposed him. He forced farmers to leave their farms to build the Great Wall of China. He also burned scholars’ writing.

13 The Qin and Han Dynasties

15 The Han Dynasty Students prepared for many years to take the exams.
The population tripled during the Han dynasty. Farmers had to divide their land among more and more sons, which left them with very little land Farmers sold their land to aristocrats and became tenant farmers to survive.

16 The Han Dynasty The Chinese invented many new products during the Han dynasty, such as the waterwheel, the rudder, drill bits, steel, and paper. Chinese doctors began practicing acupuncture, the practice of easing pain by sticking needles into patients’ skin.

22 The Qin and Han Dynasties
What empire had General Zhang Qian encountered during his 13-year trip west and how did he describe it upon his return? He had visited the Roman Empire and described the large cities with people wearing embroidered clothes and driving chariots.

23 Major Changes in China Buddhism spread from India to China.
The Han dynasty fell after wars, rebellions, and plots against the emperor. Civil war began, and nomads invaded the country before the government collapsed. Buddhism helped people cope with the chaotic times.

24 The Qin and Han Dynasties
How did Buddhism become popular in China? First, merchants from India brought Buddhism to China. During the unrest of the fall of the Han dynasty, people found comfort in the teachings of Buddhism, and more people began practicing the Buddhist religion.

25 The Qin and Han Dynasties
Why did Qin Shihuangdi have the Great Wall built? to keep out the Xiongnu

27 The Qin and Han Dynasties
Geography Skills What barriers did merchants who used the Silk Road have to cross? mountains, deserts, seas, oceans, and harsh terrain

28 The Qin and Han Dynasties
Explain How did Qin Shihuangdi make China’s central government stronger? He appointed censors who made sure that government officials did their jobs. He also appointed and dismissed aristocrats who ran the provinces rather than allowing their positions to be hereditary.

29 The Qin and Han Dynasties
Analyze Why did the Qin dynasty fall? Because Qin Shihuangdi was such a ruthless ruler, his dynasty was overthrown by unhappy subjects soon after his death. 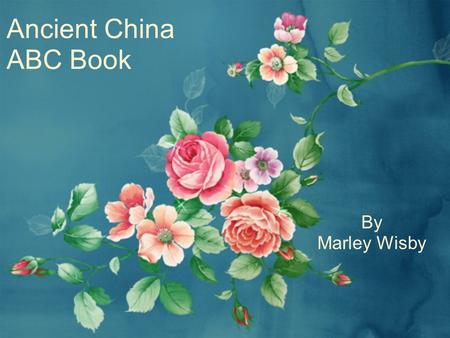