3 Waves transfer energy not ______. The water waves below are carrying energy but are not moving. Waves can only exist as they have energy to carry.

5 What are the two kinds of mechanical waves? 2- Longitudinal Waves (Compressional Waves) In a longitudinal wave the matter in the wave moves back and forth ____________ to the direction of the wave

6 What is sound? Sound is a _______________ wave which travels through the air through a series of compressions and rarefactions.

7 Example of a transverse wave:

8 Sound Waves are longitudinal waves Sound travels as vibrations moving through the air as a compressional/longitudinal wave. Sound travels through air, but travels through other materials as well. Whale communicate through long distances by producing sounds under water. What are Seismic Waves? An energy wave which vibrates through the earth’s crust as the crust bends or breaks. Seismic waves are exist as both ___________ and ___________ waves. Some travel through the earth and some travel across the earth’s surface.

9 Anatomy of a Seismic Wave

12 What is wavelength? Wavelength is a measure of ___________, so the units for wavelength are always distance units (such as meter, centimeters, millimeters, etc.) What is wave frequency? Frequency is the number of waves that pass through a point in ____ second. The unit for frequency is waves per second or Hertz (Hz). One Hz = One wave per second. Wavelength and frequency are inversely related: The smaller the wavelength, the ________ its frequency. The larger the wavelength, the _________ its frequency.

13 Wave ______ A wave moving through a medium travels at a certain speed. Wave _________ is usually measured in meters per second (m/s). How is Wave Speed calculated? Wave speed is calculated as by ___________ a waves frequency by its wavelength. Wavelength is represented by the Greek letter lambda (λ) and frequency is represented by (f) Wave Speed

19 What is refraction? Refraction is the ___________ of a wave as it passes from one medium to another. A wave travels at different speeds in different things. 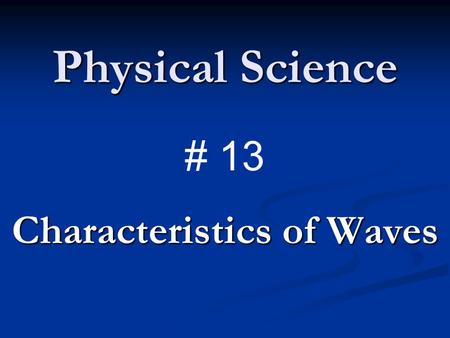 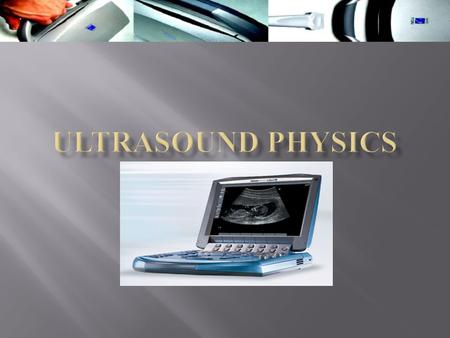