2 What is a wave? A repeating disturbance or movement that transfers energy through matter or space Waves transfer energy not matter. Waves can only exist as they have energy to carry. The water waves to the right are carrying energy but are not moving.

3 What are mechanical waves?
They require a medium. A medium is a form of matter (a substance or material) through which the wave travels and it can be a solid, liquid or gas. They are not capable of transmitting its energy through a vacuum (empty space), such as light from the sun

4 What are mechanical waves?
They are produced when a source of energy causes a medium to vibrate. Vibration is a repeated back and forth or up and down motion There are two types of mechanical waves based on how the wave moves: Transverse Waves Longitudinal Waves

6 Transverse Wave Properties
The crest is the highest point The trough is the lowest point The rest position is the horizontal line representing the rope (medium) before it was disturbed. The wavelength is the distance from one point on the wave to the next corresponding adjacent point, such as crest to crest or trough to tough

12 What is sonar? Sonar is a system that uses the reflection of underwater sound waves to detect objects. This has been used to find sunken ships and schools of fish.

17 Wavelength and Frequency
Wavelength is the distance between two corresponding parts of a wave. Transverse wave: a measure of distance from crest to crest or trough to trough Longitudinal wave: a measure of the distance between one compression and rarefaction to the next Frequency is the number of waves that pass through a point in a certain amount of time. The unit for frequency is waves per second or Hertz (Hz). One Hz = One wave per second.

19 Electromagnetic Waves
Wave which is capable of transmitting its energy through a vacuum (i.e., empty space) Produced by the vibration of electrons within atoms on the Sun's surface Travel through space until they reach Earth 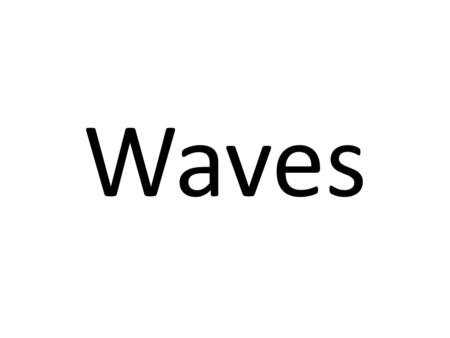 Waves Part I Phys 4a. Students know waves carry energy from one place to another. Phys 4b. Students know how to identify transverse and longitudinal waves. 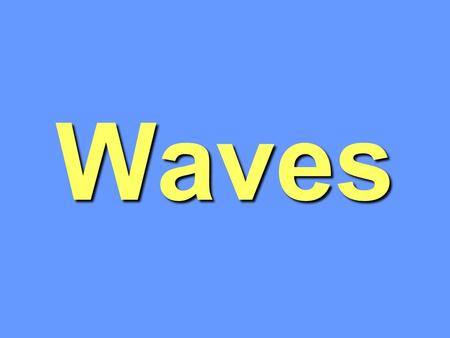 Waves. What is a wave? A disturbance that travels through a medium from one location to another location –A medium is a substance or material which carries.