2 Principles of Ecology Ecology – study of relationships between living and nonliving parts of the world Ernst Haeckel (1866) – first to use the word to name the study of how organisms fit into their environment Ecologists: Scientists who study Ecology

5 Niche vs. Habitat Habitat – place an organism lives out its life
Niche – role and position a species has in its environment Includes all biotic and abiotic interactions as an organism meets its needs for survival If two species are competing for the same niche, one will most likely drive the other out and take control of the niche. What is your niche?

7 Community Interactions
Interactions in a community include competition for basic needs such as food, shelter, and mates, as well as relationships in which organisms depend on each other for survival Competition – Occurs when one or more organism uses a resource at the same time Water during a drought Predation – One organism consuming another organism for food Predator – the organism that pursues Prey – the organism that is pursued

10 Mutualism Both organisms benefit
Acacia tree and ants (Pseudomyrmex sp.) – tree provides food for the ants and the ants protect the tree from animals that would eat the leaves Lichens: algae and fungus living together Algae provides food (photosynthesis) and the fungus provides protection and attaches the lichen to the rock or wood where it lives.

11 Parasitism One organism benefits, the other is harmed
Some live within the host Tapeworms Heartworms Bacteria Some feed on the external surface of the host Ticks Fleas Mistletoe Most do not kill their host (at least not quickly)

16 Omnivores Eat both autotrophs and heterotrophs (plants and animals)

18 Energy Pyramid The energy pyramid is made of several trophic levels
Trophic Level- feeding level in a food chain or food web Autotrophs make up the first level, and heterotrophs make up the remaining levels Organisms at each level get their energy from the level before it

25 Cycles of Matter The bodies of all organisms are built from water and nutrients such as carbon, nitrogen, and phosphorus Matter changes form, but is neither created nor destroyed; it is recycled continuously within and between ecosystems Essential nutrients are cycled through biogeochemical processes Biogeochemical Cycle: The exchange of matter through the biosphere. These cycles connect living organisms (bio), geological processes (geo), and chemical processes (chemical) Organisms are an important part of this cycling system.

26 Water Cycle Water is a necessary substance for the life processes of all living organisms. Water is found in the atmosphere, on the surface of Earth and underground, and in living organisms. The water cycle, also called the hydrologic cycle, is driven by the Sun’s heat energy, which causes water to: evaporate from water reservoirs (the ocean, lakes, ponds, rivers) condense into clouds then precipitate back to water bodies on Earth in the form of rain, sleet, or hail

28 Carbon Cycle All living things are composed of molecules that contain carbon Carbon and oxygen make up molecules essential for life, including carbon dioxide and simple sugar Organisms play a major role in recycling carbon from one form to another During photosynthesis, plants release carbohydrates and oxygen back into the air These carbohydrates are used as a source of energy for all organisms in the food web

31 The Phosphorous Cycle Phosphorus is essential for the growth and development of organisms In the short-term cycle, phosphorus is cycled from the soil to producers, and from producers to consumers In the long-term cycle, erosion of rocks that contain phosphorus slowly adds phosphorus to the cycle 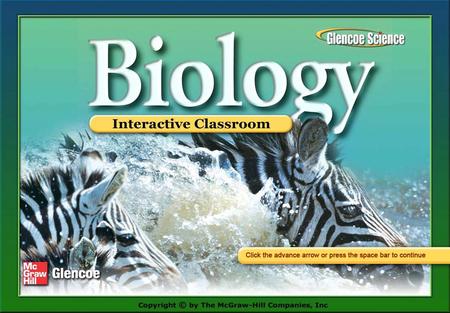 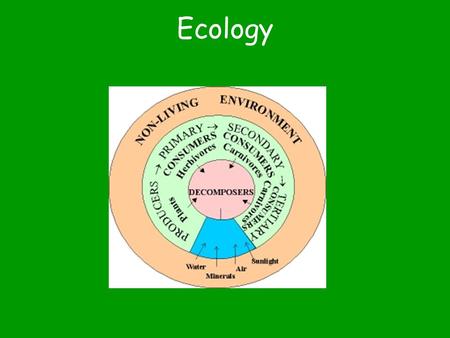 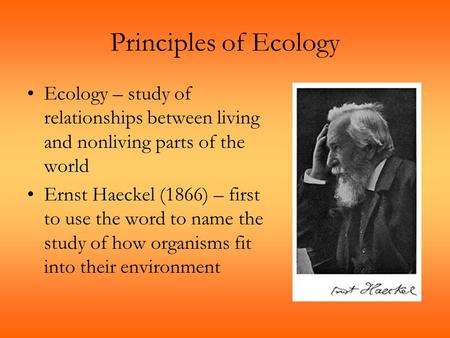 Principles of Ecology Ecology – study of relationships between living and nonliving parts of the world Ernst Haeckel (1866) – first to use the word to. 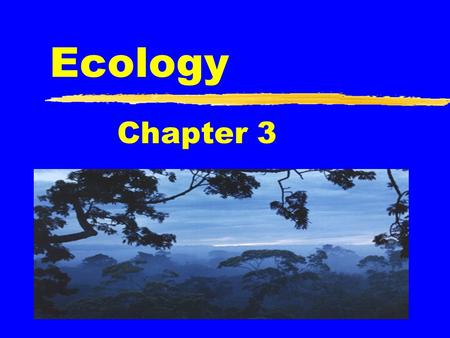 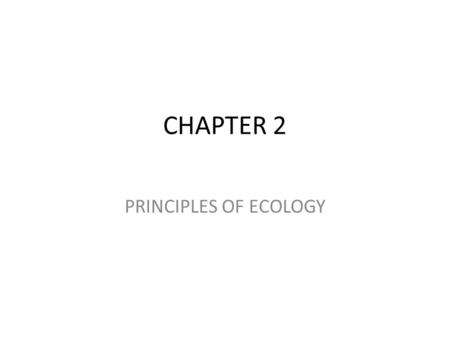 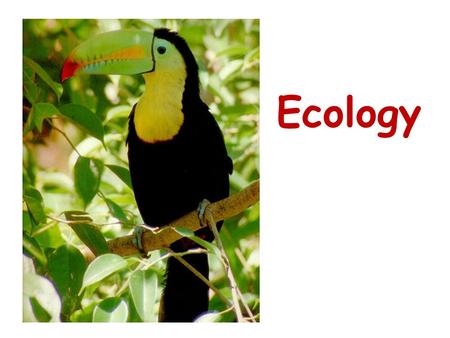 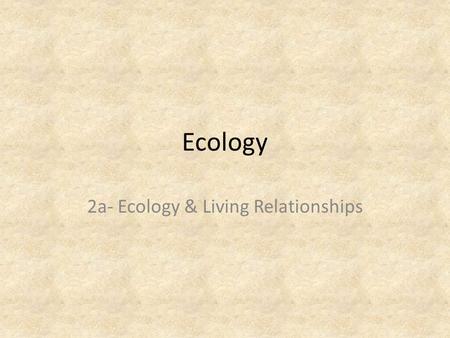 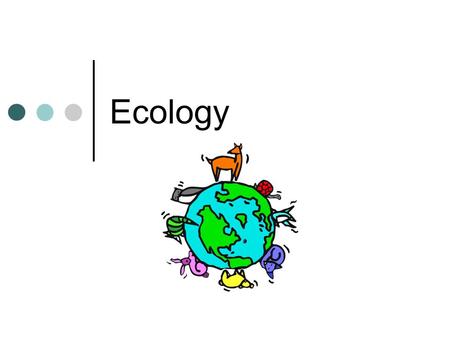