Presentation on theme: "Currents are produced by forces acting upon the water. Surface ocean currents are formed by winds that cause the water to move in the direction that the."— Presentation transcript:

3 Ocean currents carry warm water from the equators along the surface of the ocean to the poles, where it cools and sinks. Uneven heating of the earth causes the water at the equator to be warmer than the poles. The coolers water from the poles sinks, and moves down to the equator.

5 The water then returns along the bottom of the ocean to the equator, where it is heated again. This process creates a great "conveyor belt" that runs through the Earth's oceans, carrying water from the Atlantic Ocean to the Pacific and back over the course of 1,000 years.

6 Where water rises from the bottom of the ocean to the surface, it brings nutrients from the ocean floor back up to where they can be reused. This is called upwelling and provides nutrients for much of the life in the ocean.

8 The movement of ocean currents can have a cooling effect or a warming effect on the regions near those currents. For example, the California current helps the west coast of the United States stay cooler during the summer. The Gulf Stream, however, carries warm water to the North Atlantic, resulting in warmer winters in the British Isles.

10 Oceans can have a major effect on climate in another way also. Water absorbs solar energy without changing temperature much. This means that ocean temperature remains within a small range throughout the year, even when the amount of solar energy received is changing. This explains why the climate in coastal areas changes less with the seasons than areas that are far away from the coast.

11 The climate of a particular area is a description of long-term weather patterns, including average temperature and precipitation amounts.

12 Factors Influencing Climate The climate of an area is defined based on the weather patterns of the area. For example, saying that today was warm and sunny is describing the weather. Saying that conditions in summer are normally warm and sunny is describing the climate. The climate of a region is influenced by many factors including: The amount of energy received from the Sun—Regions that receive more direct sunlight tend to be warmer. Patterns in the movement of air masses (fronts)—Air masses carry moisture and can change the weather conditions. Elevation—Locations at higher elevations tend to be cooler because the atmosphere at higher elevations is less dense and it holds less heat. Proximity to mountains—Mountains can block rain from reaching some areas. Proximity to water and the water cycle—Areas near water tend to receive more precipitation and have more moderate temperatures year round.

Download ppt "Currents are produced by forces acting upon the water. Surface ocean currents are formed by winds that cause the water to move in the direction that the." 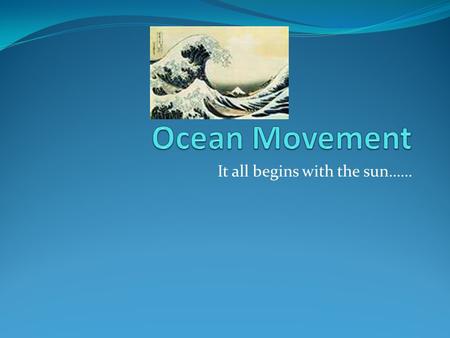 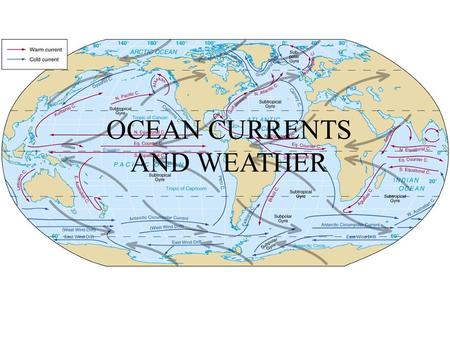 OCEAN CURRENTS AND WEATHER. Oceans currents are created by: surface wind, corliolis effect, land shape, and salt content and temperature of the water. 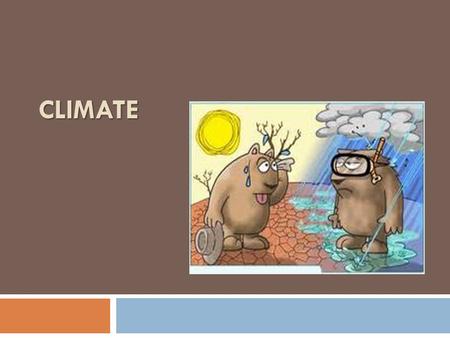 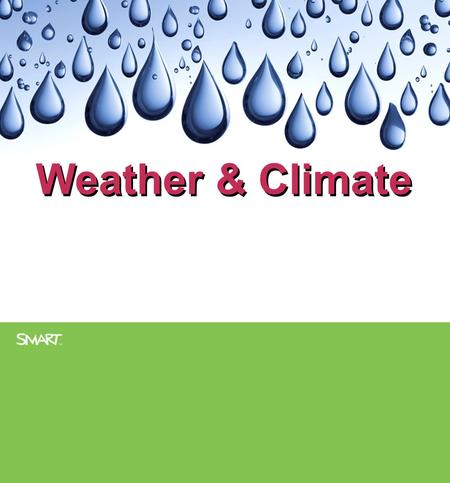 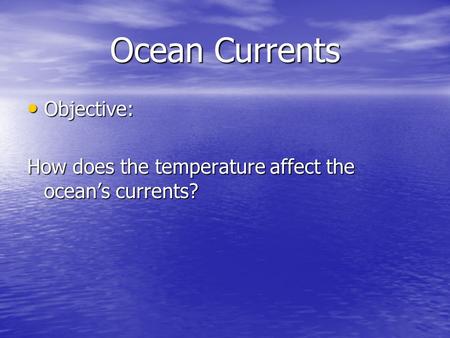 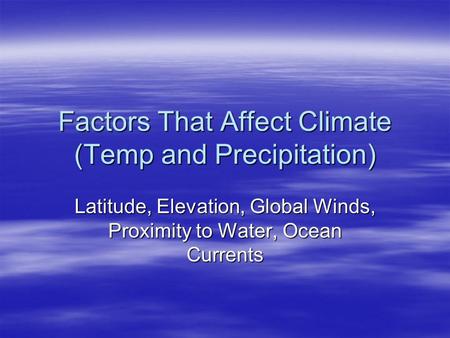