Presentation on theme: "The Industrial Revolution and European Colonization of Africa."— Presentation transcript:

1 The Industrial Revolution and European Colonization of Africa

2 LT: How did the Industrial Revolution affect European interest in Africa? What was the industrial revolution? Started in the 1700s in England. Factories were built to make products using machines. How did this change the Europeans’ view about Africa? Before the industrial revolution, Europeans wanted to trade with Africa for slaves to work plantations. After the Ind. Rev. No more need for slaves!! Machines did the work in Europe and the northern United States.

3 LT: What motivated the Europeans to colonize Africa after the Industrial Revolution? Economic Motivation 1.Raw Materials (to ship back to the factories in Europe) 2.A market to sell finished products back to the Africans! Remember India? Same thing!

4 What do we call it when stronger countries take over weaker countries? Political Motive: Compete against other countries to get colonies in Africa. Which country do you think was most successful gaining colonies? Why? IMPERIALISM Euro Colonies in 1900

5 RELIGIOUS MOTIVATION TO SET UP COLONIES? Europeans wanted to convert Africans to Christianity. They thought they were doing good work for God.

7 Countries in Africa are very young. Still dominated by tribal loyalties, instead of national loyalites European Imperialism in South Africa

10 Then came the Euros! First came the Dutch. They came from Holland starting in the late 1600’s They are known as the “Boers” They settled in Cape Town

13 Then came the British! The British and the Boers fought for control. The Boers LOST and in 1834 they moved north into Zulu territory

14 The Boers and the British teamed up and beat the Zulus. However, in 1867 Boer settlers discovered DIAMONDS and in 1884 they discovered GOLD Then, the British and Boers fought over this territory Finally, in 1902 the British won and took control over all of South Africa

15 Afrikaner Rule in South Africa The British gave all WHITE people in South Africa full citizenship and a right to vote. Because the Boers were the biggest group they eventually became the most powerful The Boers became known as “Afrikaners,” because they speak a language called “Afrikaans.”

16 What about the non-white South Africans? APARTHEID A system of laws to keep the races completely separate.

17 How did non-white South Africans fight for their rights? They formed a political group called the African National Congress (ANC)

18 In 1994, South Africa elected its first black president. His name is Nelson Mandela

21 Summary Your final task: For each of the words below, write down three things that is important to remember about each of them. English Boers Zulu ANC

Download ppt "The Industrial Revolution and European Colonization of Africa." 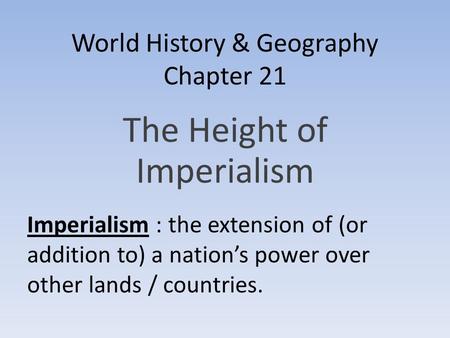 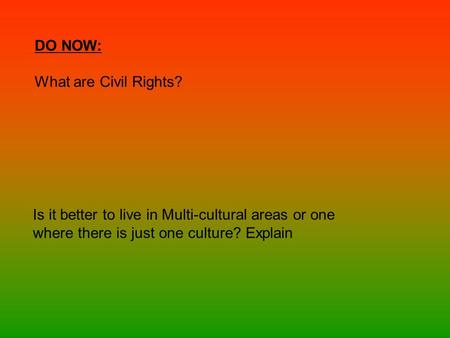 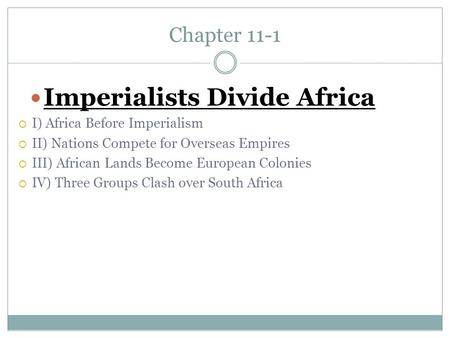