2 RANDOM ACCESS MEMORY (RAM): Computer’s “temporary” memory used to run programs. All information stored in RAM is lost when the power is turned off.

3 Memory RAM (Random Access Memory) – is memory that is not on your hard drive that your computer uses to store things you have not saved, such as a web page you are browsing or a document that you are typing. The amount of RAM you need depends on what you’ll be using your computer for (i.e. video and graphics software require a lot more RAM) More RAM also allows you to quickly run multiple programs at the same time making your computer seem faster.

5 * * 0 Modem - A device which connects your computer to a cable or telephone line through which you can access the Internet.

6 HARD DRIVE (LOWER COMPONENT): Computer’s “internal” storage which stores software (programs) and other Data. Found attached to the motherboard by a ribbon cable

7 * * 0 Ghz - GGiga is approximately 1 billion Hertz which stands for Cycles per Second. G This is the speed of microprocessors, called the clock speed. It is how many instructions per second the microprocessor can execute.

9 * * 0 Application Software - Sets of instructions (a.k.a. a program) that tell the computer how to perform specific tasks.

10 * * 0 Operating System - The system software that is initiated by the boot disk and retrieves instructions on how to run application software and how to interact with the various drivers and input/output devices.

11 * * 0 Read-Only Memory or ROM is an integrated- circuit memory chip that contains configuration data. Data stored in ROM cannot be modified, or can be modified only slowly or with difficulty.

12 * * 0 USB Ports a connection point on computers and many other types of consumer electronics.

16 MOTHER BOARD: main computer board – all other cards and chips plug into it

17 * * 0 Peripherals ●is a device attached to a host computer, but not part of it, and is more or less dependent on the host.

18 * * 0 Bus– a set of conductor wires that transport data among components inside the computer through an electric path. The bus width is the number of bits of information the bus can transport at one time. The more bits the bus can carry, the faster the information will travel. It is measured in MHz (megahertz).

25 Basic Parts of a Computer 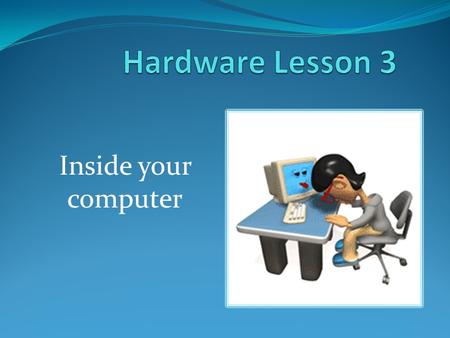 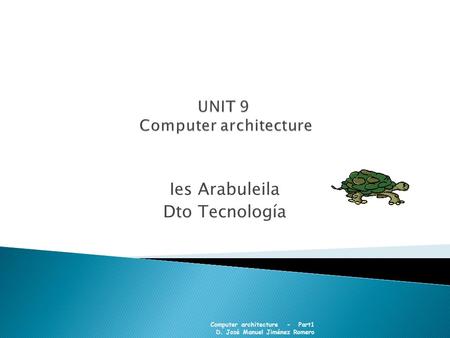 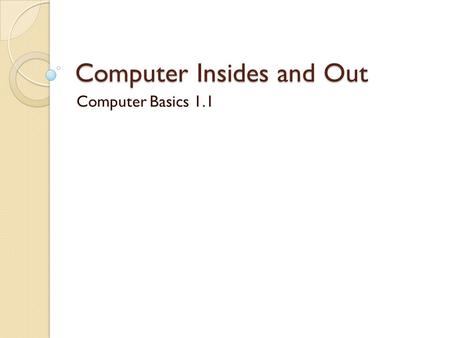 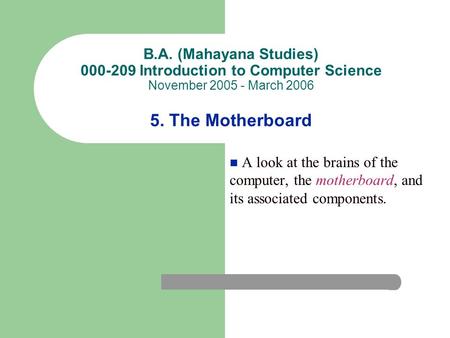 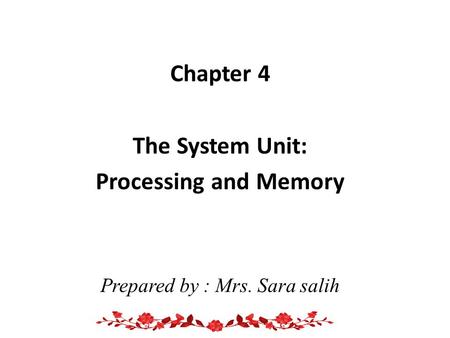