Presentation on theme: "LEARNING GOAL 9.2: PREDICT THE RATIONAL ABILITIES AND LIMITATIONS OF A CHILD BASED ON PIAGET'S COGNITIVE STAGES. Cognitive Development."— Presentation transcript:

1 LEARNING GOAL 9.2: PREDICT THE RATIONAL ABILITIES AND LIMITATIONS OF A CHILD BASED ON PIAGET'S COGNITIVE STAGES. Cognitive Development

2 Brain Development in Infancy/Childhood How much can you remember from infancy? Toddlerhood? Babies start out with far more connections among their neurons (toddlers have approximately twice as many synaptic connections as adults); over time, some synapses are strengthened and some are lost However, memory formation in these early networks functions differently…  babies can imitate actions or recognize pictures as much as three months later (Mandler/McDonough, 1995)  children can physiologically respond to people they haven’t seen since preschool (Newcombe/Fox, 1994)

4 Changes in How We Think Jean Piaget (1954) Administered IQ tests to children, but became fascinated by their incorrect answers Identified four stages of cognitive development

6 Piaget, Stage 2: Preoperational Ages: 2-6 years (approximately) Starts to use language and patterns to group things meaningfully  Example: Recognizes that a dog is a four-legged animal, then starts calling anything with four legs a “doggie” Egocentric: cannot consider another person’s point of view  A test of theory of mind A test of theory of mind

9 Criticisms of Piaget’s Theory Piaget’s original study included only three participants – his children! Some argue that cognitive development does not occur in discrete stages, but happens continuously and not necessarily in a fixed order Piaget thought that babies couldn’t reason abstractly… but babies as young as 12 hours old have shown some logical ability (staring longer at objects they’re familiar with or at impossible events)

Download ppt "LEARNING GOAL 9.2: PREDICT THE RATIONAL ABILITIES AND LIMITATIONS OF A CHILD BASED ON PIAGET'S COGNITIVE STAGES. Cognitive Development." 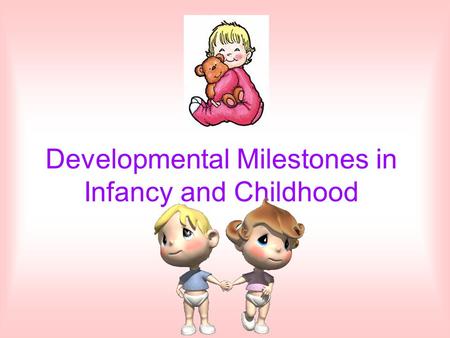 Developmental Milestones in Infancy and Childhood 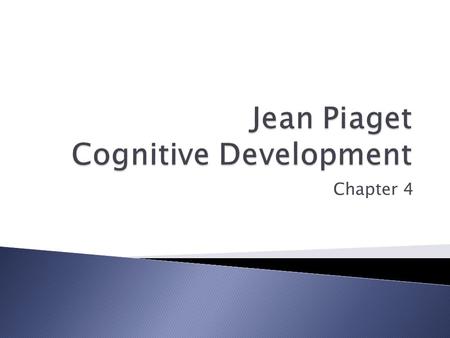 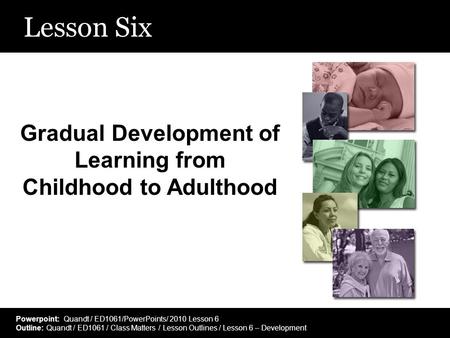 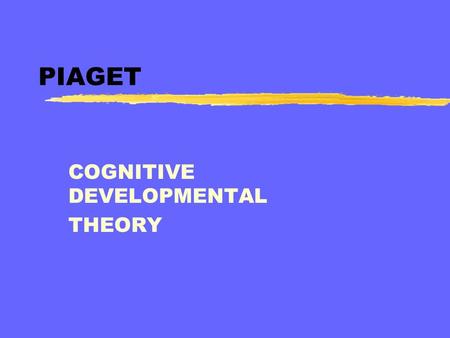 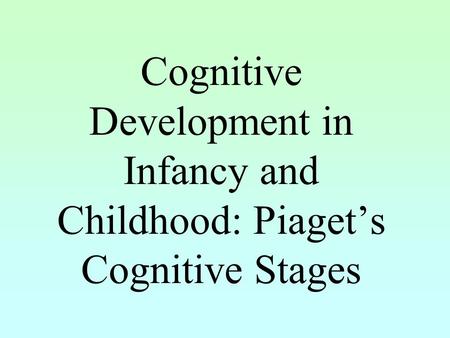 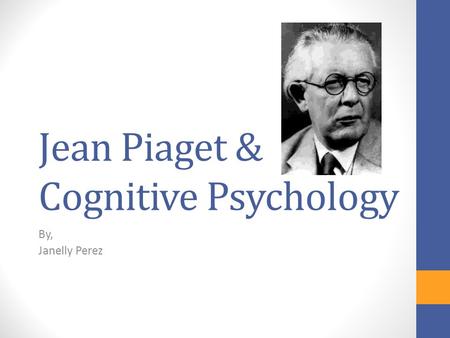 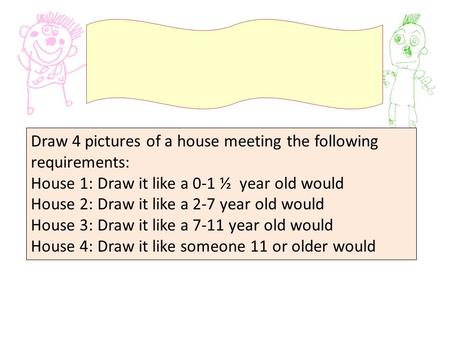 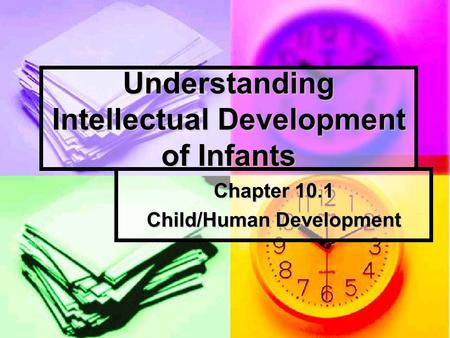 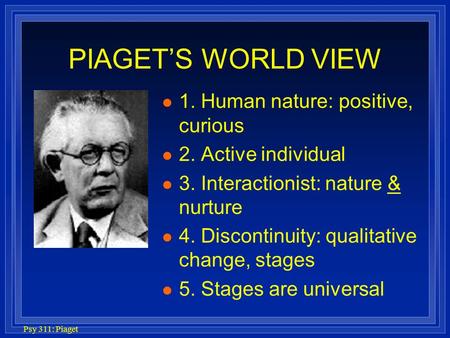