2 The Big Picture  In the 1600s a new generation of philosophers applied reason to political and social topics.  Enlightenment thinkers, centered in France, applied new methods to the study of government, praising constitutions, legal equality, and, in some cases democracy.  Criticism of the older institutions, such as the church and aristocracy, ran strong.  The Enlightenment set an intellectual basis for a wide variety of reform and protest movements.

3 Why we study this unit:  The various freedoms enjoyed in many countries today are a result of Enlightenment thinking.  Enlightenment ideas helped to spur the American colonies to end British rule and create a new nation  It influenced people in France to challenge the existing views on power and authority, which led to a revolution.

5 Essential Questions: 4. What new views did philosophers have about society and the economy? 5. How did Enlightenment ideas spread? 6. How did the philosophers impact the enlightened despots?

11 1. What was the Enlightenment and how was it influenced by reason?  The Enlightenment was an intellectual movement that challenged ideas about government and society.  This included divine right, absolute power, and social inequality.  Philosophers used reason, the ability to think, to solve human problems and study human nature.

12 2. How did the state of nature impact the political views of Hobbes and Locke?  Hobbes and Locke had opposing views on the state of nature, where there are no laws or government to control the people. Hobbes believed people were naturally bad and were unable to rule themselves. They needed an absolute monarchy to impose order and prevent conflict. In contrast, Locke believed people were naturally good and entered society to protect their natural rights. A democracy, formed by the people, was the best form of government to do this.

13 3. How did the Enlightenment challenge the old ideas on government ?  Hobbes, Locke, and Rousseau rejected divine right and believed a government’s power came from the people in a social contract.  Montesquieu thought that the separation of a government’s power into three branches would prevent abuse of power.  Locke believed the role of government was to protect one’s natural rights and if it failed to do so it could be overthrown.

14 4. What new views did philosophers have about society and the economy?  They challenged the old ideas on individual rights, the role of women, and government control over the economy.  Voltaire fought for freedom of religion and speech.  Wollstonecraft supported equality and education for women.  Smith promoted Laissez Faire, which was against economic control by the government.

16 6. How did the philosophers impact the enlightened despots?  The philosophers influenced the enlightened despots to use their power to bring about social and political changes.  Reforms included ending censorship, practicing religious tolerance, abolishing serfdom, and working to improve the lives o f the peasants.  However, the rulers had no intention of giving up any power and were motivated by their desire to make their own rule more effective. 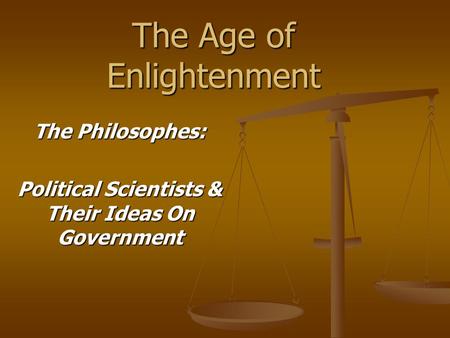 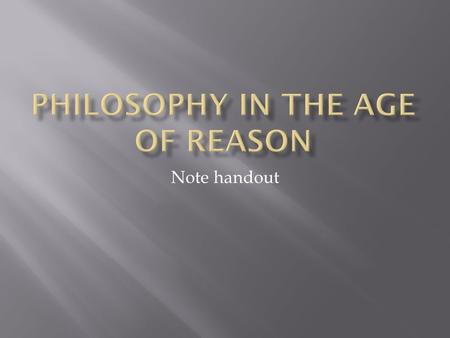 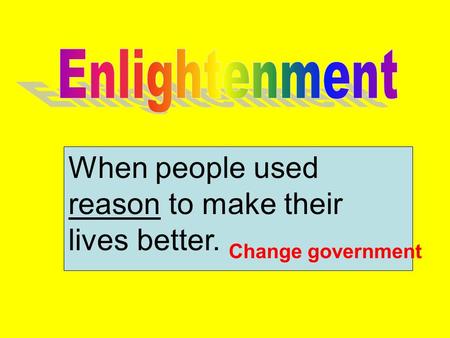 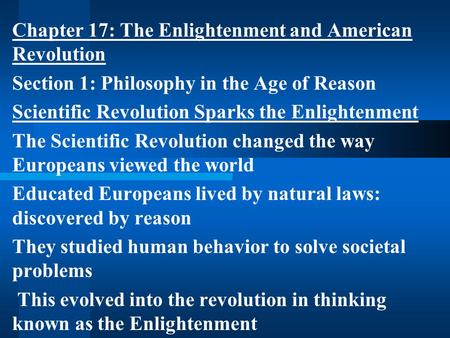 Chapter 17: The Enlightenment and American Revolution 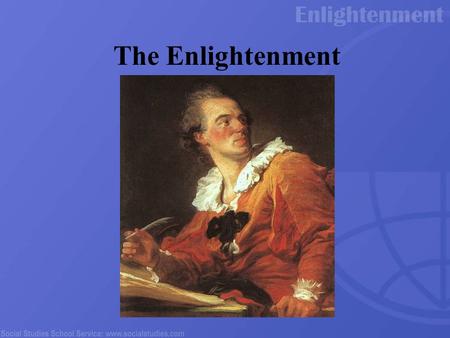 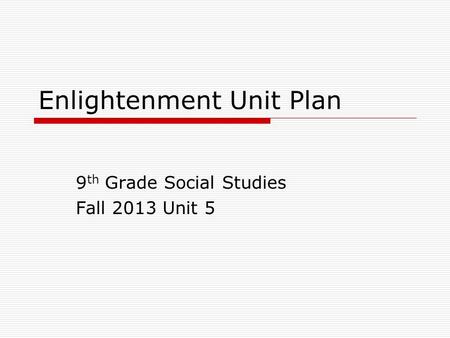 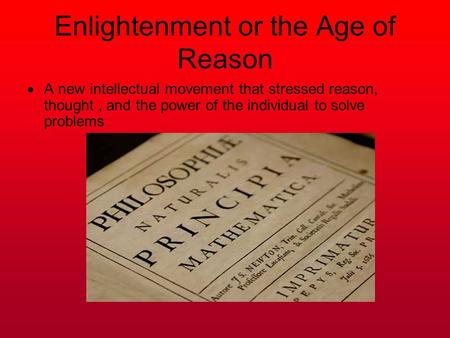 Enlightenment or the Age of Reason  A new intellectual movement that stressed reason, thought, and the power of the individual to solve problems. 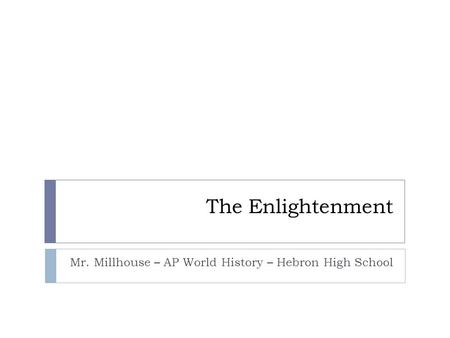 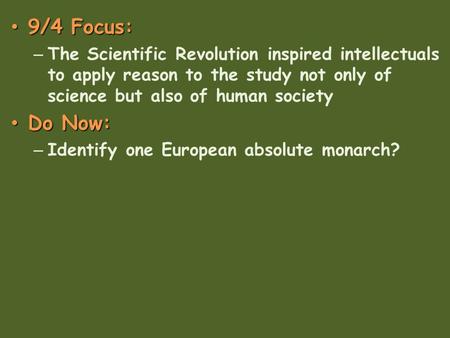