3 Rockets A rocket moves forward when gases expelled from the rear of the rocket push it in the opposite direction. Hot gases are propelled out of the back of a rocket engine. The force of the gas in one direction (action) produces an opposing force (reaction) that propels the rocket forward.

4 Space Shuttles The Saturn V rockets that carried astronauts to the moon in the 1960’s and 1970’s were very expensive. In addition, they could not be reused because each stage burned up and fell back through earth’s atmosphere. In the late 1970’s, the National Aeronautics and Space Administration (NASA) developed the reusable space shuttles. They are called shuttles because they can go back and forth, or shuttle, between the earth and space. Since the first shuttle was launched in 1981, space shuttles have been the main way that the United States launches astronauts and equipment into space. NASA is studying several ideas for building better and less expensive ways of launching people and cargo into space. The ideal vehicle would be an aerospace plane that could take off from a runway, travel into space, and landing again on the runway.

5 Space Stations A space station is a large satellite in which people can live for long periods. The first space station, the Soviet Union’s ‘Salyut’, was launched in 1971. In 1973, the United States launched Skylab, which carried a series of telescopes and medical, geological, and astronomical experiments.

6 Satellites Satellites are used for communications, navigation, collecting weather data, and research, In addition, two-dozen Global Positioning Satellites give off signals that can be picked up by small receivers on earth. The receiver can then tell you where you are on earth’s surface.

9 Questions From Sheet What is a geosynchronous orbit? The Orbit of a satellite that revolves around earth at the same rate the earth rotates. How Do Rockets move in Space? A Rocket moves forward when gases are expelled from the rear of the rocket, pushing it in the opposite direction. Hot gases are propelled out of the back of a rocket engine. The force of the gas in one direction (action) produces an opposing force (reaction) that propels the rocket forward. What is one way that Saturn V rockets and space shuttles are different? Saturn V’s are more expensive and there stages are not re-usable, do to the stages burning up in the atmosphere, space shuttles were found by NASA to be more cheaper and also for some of there parts to be re-usable which saved them even more money on research to find how to make the shuttles even more advanced. Which stage of a multistage rocket reaches the final destination? Multistage rockets have three stages, or sections. Each of the first two stages burns all of its fuel and then drops off. The next stage then takes over. Only part of the third stage reaches the rockets destination. 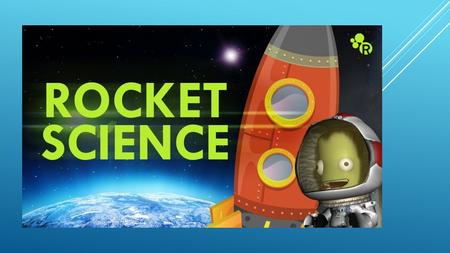 A ROCKET IS A DEVICE THAT SENDS GAS IN ONE DIRECTION TO MOVE IN THE OPPOSITE DIRECTION. 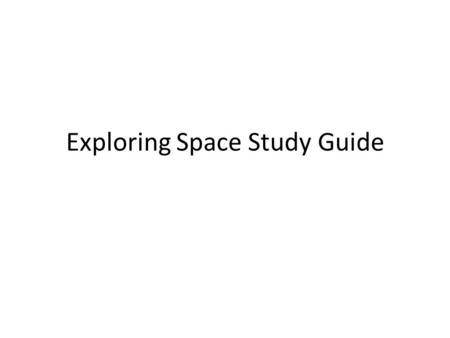 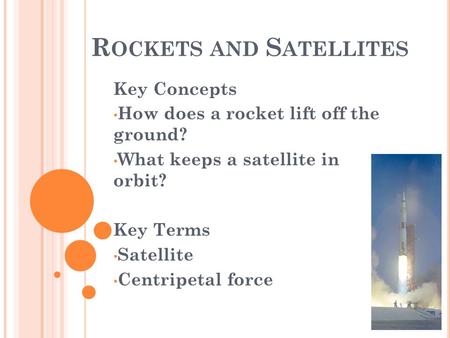 R OCKETS AND S ATELLITES Key Concepts How does a rocket lift off the ground? What keeps a satellite in orbit? Key Terms Satellite Centripetal force. 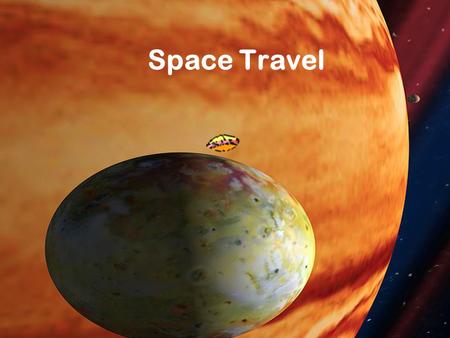 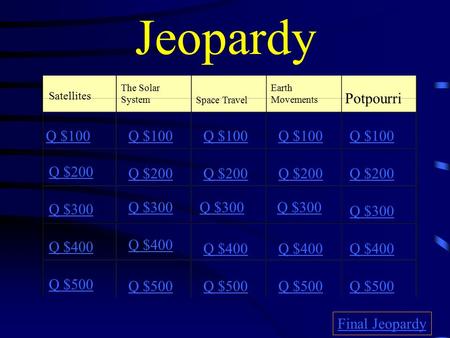 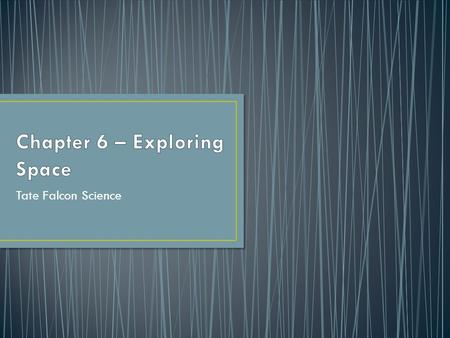 Tate Falcon Science. Rocket technology originated in China hundreds of years ago and gradually spread to other parts of the world. A rocket moves forward. 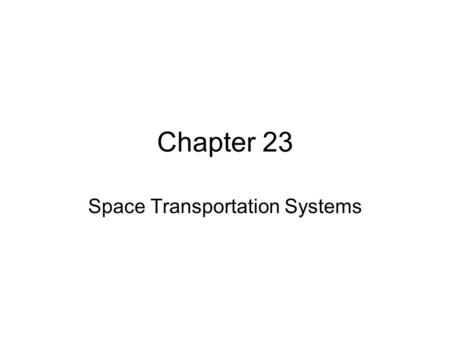 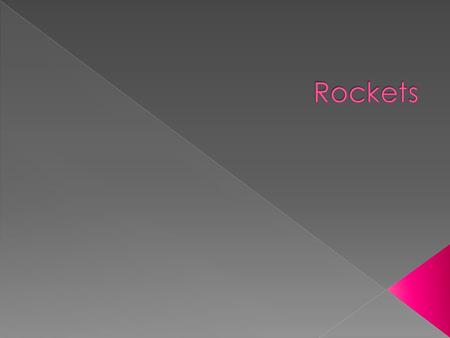 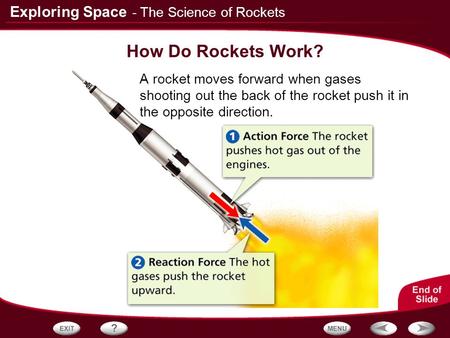 Exploring Space How Do Rockets Work? - The Science of Rockets A rocket moves forward when gases shooting out the back of the rocket push it in the opposite. 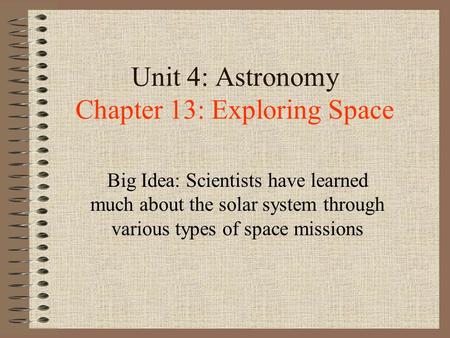 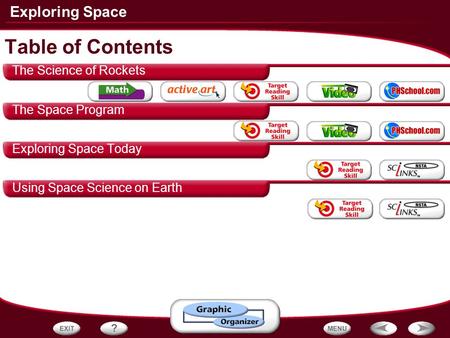 Table of Contents The Science of Rockets The Space Program 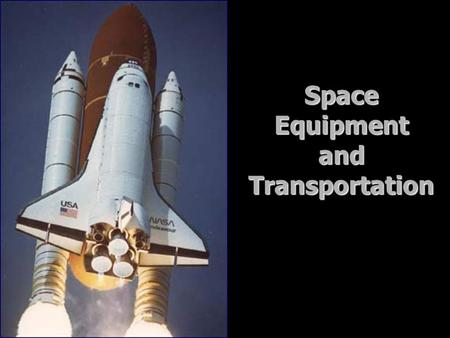 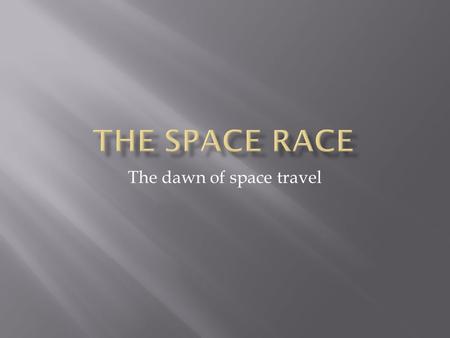