2 Who did what? Karina and Emely : Test and answers.
Anthony and Raime: Section 3. Kimberly: Section 2. Karyn and Brianna: Section 1.

4 Main idea When a person breaks a law, it is called a crime. There are several types of crimes and a variety of reasons why people commit crimes.

5 Vocabulary words Crime: is any act that breaks the law and for which there is a punishment. Criminal: is a person who commits any type of crime. Felonies: serious crimes such as murder and kidnapping. Misdemeanors: less serious offenses, such as traffic violations and disturbing the peace. Victimless crimes: crimes such as illegal gambling and the use of illegal drugs. White-collar crimes: are crimes that are non- violent such as copyright violations to embezzlement and fraud.

7 Types of crimes Violent Crime- Crimes against persons that include force or the threat of force are violent crimes. They include acts that harm a person, end a person’s life, or threaten to end a person’s life. Aggravated assault- Any kind of physical injury that is done intentionally to another person. Some aggravated assaults happen when a person robs someone else. Crimes against property- This crime involves stealing or destroying someone’s property. Victimless crimes- These crimes are considered victimless because the criminal does not violate another person’s right, but mainly harms himself or herself. White- Collar crimes- These range from copyright violations to embezzlement and fraud. Organized crimes- Organized crime groups specialize in providing illegal goods and services.

9 Causes of crimes Poverty- When people cannot earn enough money to support themselves or their family; they may turn to crime to obtain things they don’t have. Illegal Drug Use- Stealing to support their drug habit, selling drugs, or acting under the influence of drugs. Permissive Society- The idea is that many parents permit their children to do anything they want. Urbanization- More people live in cities, which mean there are more potential victims for criminals. Other Causes of crimes- Without a good education, some people are unable to find jobs and may turn to crime. No Single Cause-Experts do agree that today’s crime problem probably cannot be blamed on any single cause.

10 Game time!!! What are three different types of crime?
What does a misdemeanor mean? What causes illegal drug use crimes?

11 Answers Hate crimes, violent crimes, and victimless crimes.
Less serious offenses, such as traffic, violations and disturbing peace. Stealing to support their drug habits, selling drugs or acting under the influence of drugs.

13 Main Idea This section is mainly about what happens when someone breaks a law, how the law is handled, and who handles it.

14 The role of the Police Police have a number of duties such as protecting life and property, preventing crime, and arresting people who violate the law. They also include protecting the rights of individuals, maintaining peace and order and controlling traffic.

16 Grand Jury and Indictment
Before a defendant can be tried. A formal charge must be made. If grand jury find probable, the sentence is indicted or formally charged for the crime. After he or she is charged, the defendant goes to the judge for arraignment, which is when a defendant enters a plea of guilty or not guilty.

17 Trial After the jury has been selected, the trial begins.
First the prosecutor presents the case against the defendant. Next the defense presents it’s case. Then they ask witnesses questions about the case. After both sides represent their case each lawyer makes a closing statements about their argument. Finally the jury leaves to discuss the case.

20 Game time!!! What type of duties do police serve?
What is probable cause? In less serious crimes what are criminals charged with?

21 Answers A criminal justice system is a system of police, courts and corrections used to bring criminals to justice. When an authorization by court enter a plea of guilty and non-guilty it is called an Arrest Warrant Another word that means to find a defendant guilty or non-guilty is acquit.

23 Main Idea This section is mainly about juveniles which are people under the age of 18 who break the law.

24 Vocabulary Juvenile- under the age of 18.
Delinquents-Juveniles become delinquents when they are found . Probation-Is time during which offenders are given an opportunity to show that they can reform. Gang Membership-Young people without stable homes may turn to gangs for support and a sense of belonging.

25 Topics Poor Home Conditions- Many kids don’t grow up in a good neighborhood. These kids tend to grow up around violence and crime; they are influenced to be criminals. Poor neighborhood conditions- The poorer neighborhoods tend to have more crime rates. Dropping out of school- Juveniles tend to drop out of college or high school don’t have a successful life.

26 Topics Peer Pressure-People are pressured to do things they are supposed to do. Alcohol and drugs- Even if these things are illegal, minors still manage to get them. Foster homes: Where minors who don’t don’t have parents or guardians stay until someone adopts them.

28 Quiz time!!! What is a delinquent? What is a Foster home?
What is a gang membership?

29 Answers A juvenile that is found.
Where minors go when they have no parent or guardian. Young people without stable homes may turn to gangs for support and a sense of belonging. 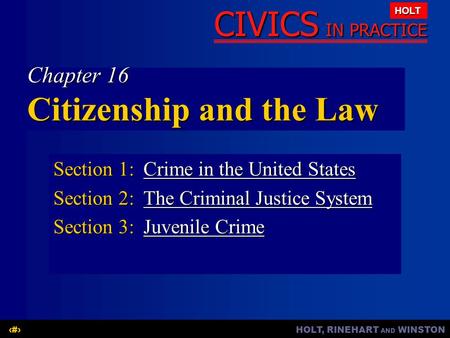 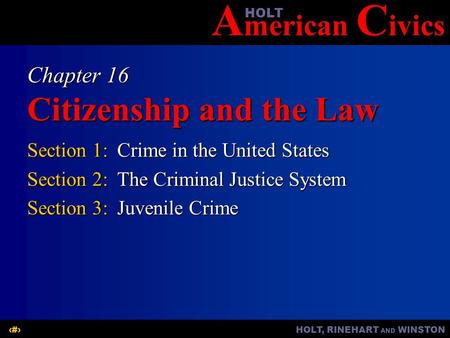 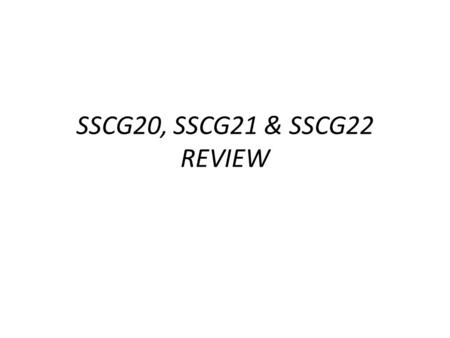 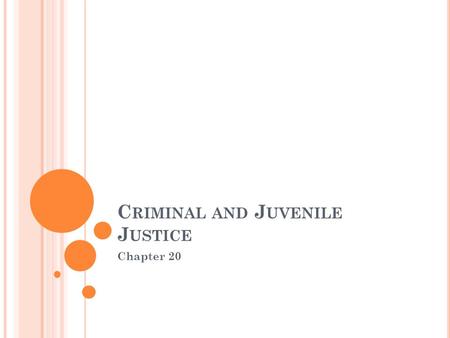 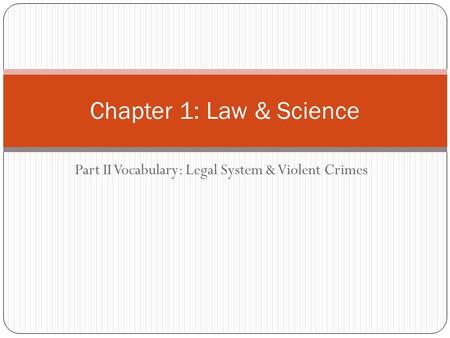 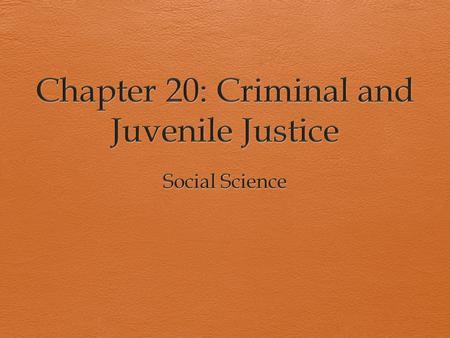 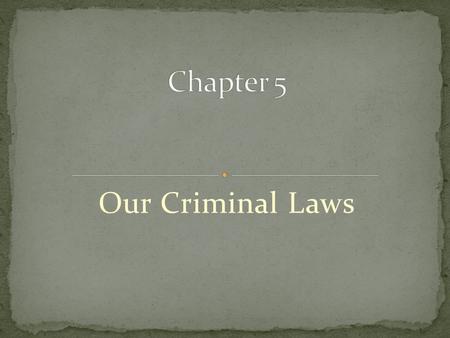 Our Criminal Laws. A punishable offense against society Society (through police & prosecutors) attempts to identify, arrest, prosecute, and punish the.