2 Foods Men were hunters. They mostly used bows and arrows to hunt with. When they fished, they used nets, spears, and hooks that they made out of bones. The men and boys hunted animals like deer, turkeys, rabbits, and other small animals.  1

3 Foods The women were farmers. The women also did the cooking and took care of the children. The children helped work in the garden. They planted foods like corn, beans, and squash. They cooked things like stews, soups, and cornbread. They had to cook over a fire or in a big stone fireplace called a hearth. 2

4 Homes Both the Creek and the Cherokee Indians had two houses. They lived in one house in the winter, and another house in the summer. The winter house was made so that it would stay warm. It also didn't have windows. This kept the cold air outside and the warm air inside. The summer house sometimes didn't have walls at all. If it did have walls, they were thinner, and they didn't have doors. This let the cooler air come inside. 3

6 Natural Resources They used trees to build their homes and to hollow out to make canoes. They used bones to make arrowheads for the spears and to make fishing hooks. They used the earth to plant gardens and grow vegetables to eat. They used the animals in the woods for food. 5

7 Natural Resources They used dogs and horses to help them carry things. They used animal fur and skins to make clothes and moccasins. They used small trees to make bows and spears. They used thick grass to make thatched roofs for their homes. They used different plants and kinds of dirt to make their colored paint. They used foods they grew and animals and fish that they caught for food. 6

8 Transportation Both the Creek and Cherokee people used canoes to travel on the water. They took logs and hollowed them out. They used dogs to carry things for them. Once the settlers brought horses to America, they used horses, too. 7

9 Transportation The Cherokee had a lot of trails through the forests. Deer and other animals made these trails, and then the Cherokee used them and made them smoother. All of their villages were connected by trails. Today the Native Americans drive cars and trucks, just like everyone else. 8

10 Creek Location The Creek Indians lived in the southeast. Those places later became different states. Some of the states they lived in are Georgia, South Carolina, Florida, and Alabama. The Creek Indians were divided into groups. These groups were called clans. The clans were named after different animals. 9

11 Creek Location The Creeks built their towns near creeks or rivers. They built towns near water so that they could fish and bathe and have water to drink. It was also easier to grow gardens when there was water nearby. 10

12 Cherokee Location The Cherokee Indians lived in the southeast. Those places later became different states. Some of the states they lived in are Georgia, Tennessee, Virginia, South Carolina, North Carolina, and Kentucky. 11

13 Famous Cherokee Sequoya was probably the most famous Cherokee Indian. He invented the Cherokee alphabet. This alphabet is made of syllables instead of letters. He spent twelve years making paper to write on. He called the paper "talking leaves" because it rustled like leaves. Once he made the paper, he and his daughter, Ahyoka, drew their alphabet. It has eighty-five characters. Each character stands for one sound in their language. 12

15 Clothing The women wore skirts that wrapped around them. They wore shirts made of deerskin or other material. Some of the Cherokee women liked to decorate their shirts with pretty beads. In the winter, the Creek sometimes wrapped up in blankets made out of woven grass. 14

16 Clothing Both men and women wore special shoes called moccasins. These were usually made out of deer or other animal hide. Sometimes the moccasins came up high, like boots do today. This helped protect their legs when they were walking through the woods. 15 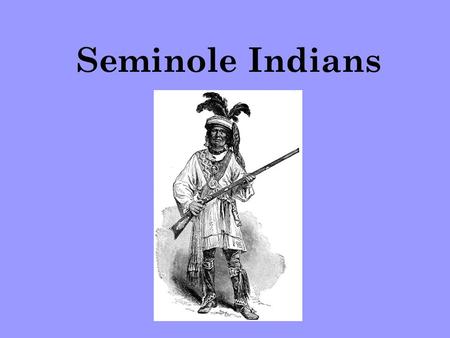 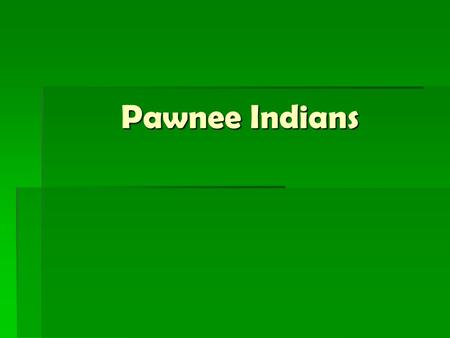 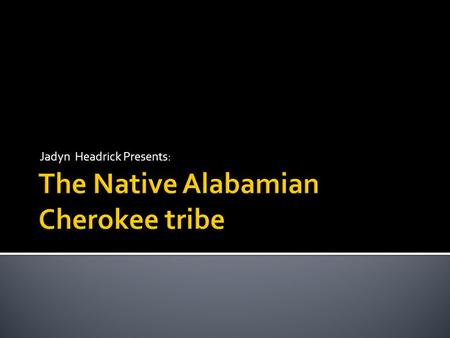 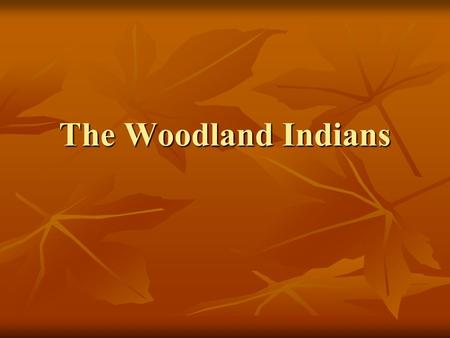 The Woodland Indians. Where did they live??? They were moderate-climate regions roughly from the Atlantic to the Mississippi River and included the Great. 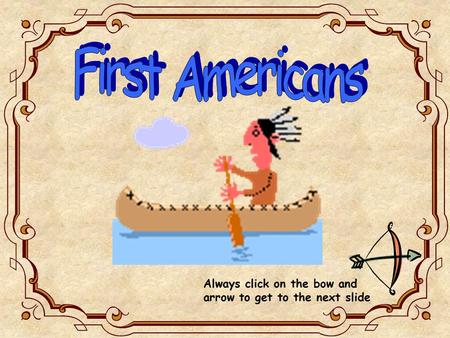 Always click on the bow and arrow to get to the next slide. 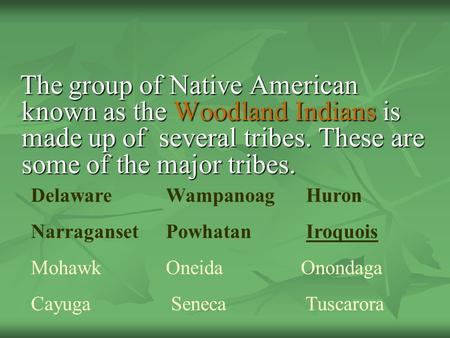 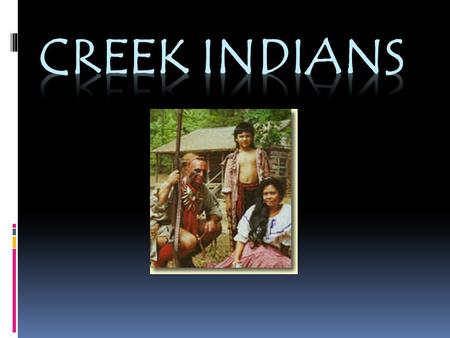 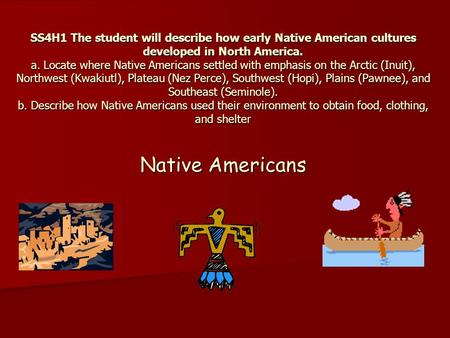 SS4H1 The student will describe how early Native American cultures developed in North America. a. Locate where Native Americans settled with emphasis. 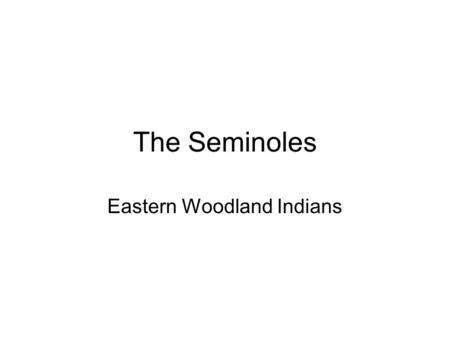 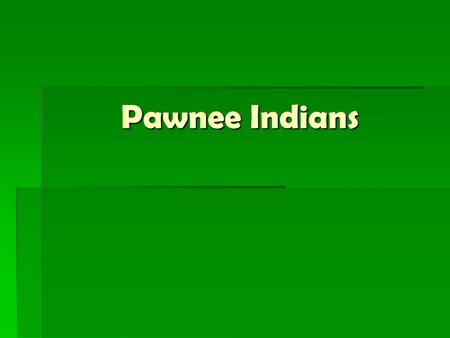 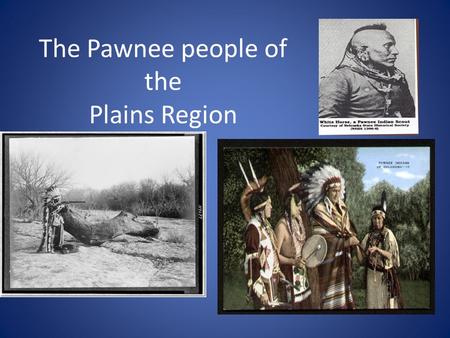 The Pawnee people of the Plains Region 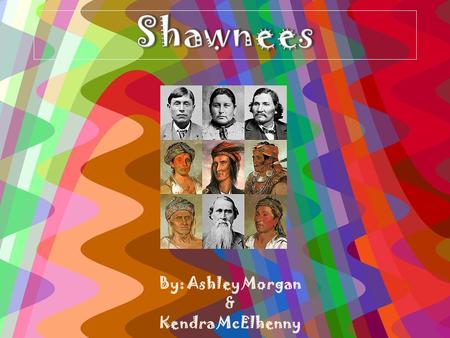 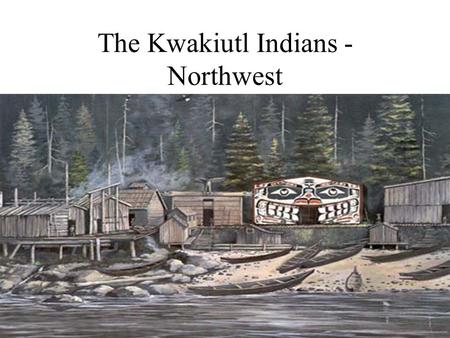 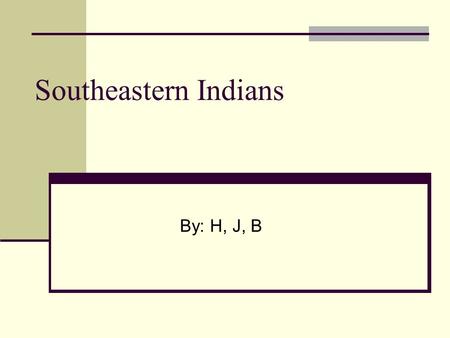 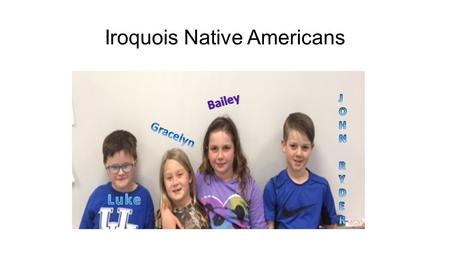 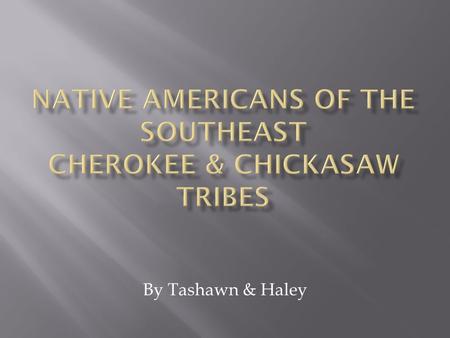 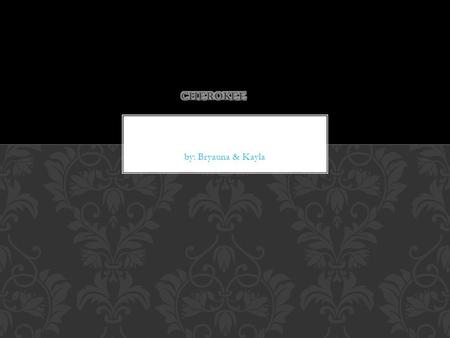 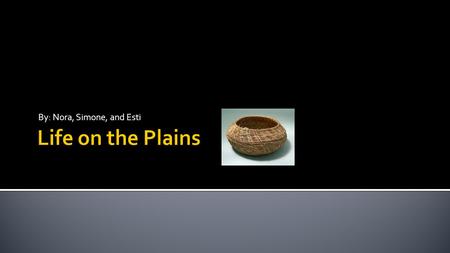 By: Nora, Simone, and Esti.  They wore animal skin as a disguise when they were hunting.  Right before they start to hunt they all yell at the same. 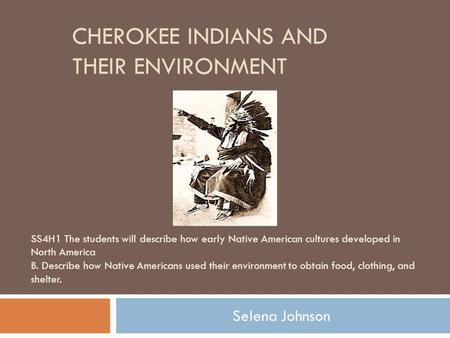 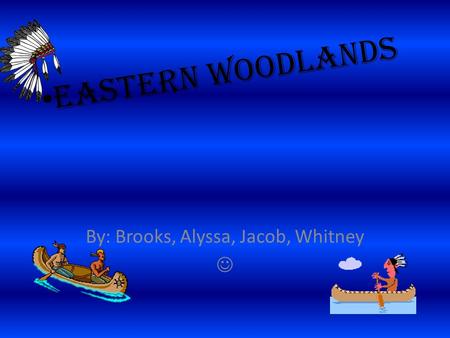