Army Operating Concept and Force 2025 & Beyond

3 A Unifying Concept for the Future
AirLand Battle: Fight outnumbered, and win Unified Land Operations: Win in a complex world

10 Mission Command Unified Land Operations Seize, retain, and exploit the initiative throughout the range of military operations to gain and maintain a position of relative advantage in sustained land operations in support of Unified Action. . One of the foundations is … Nature of Operations Military operations are human endeavors. They are contests of wills characterized by continuous and mutual adaptation by all participants. Army forces conduct operations in complex, ever-changing, and uncertain operational environment. Mission Command Philosophy Exercise of authority and direction by the commander using mission orders to enable disciplined initiative within the commander’s intent to empower agile and adaptive leaders in the conduct of unified land operations. The principles of mission command assist commanders and staff in balancing the art of command with the science of control. Guided by the principles of… To cope with this, the Army exercises … Build cohesive teams through mutual trust - Exercise disciplined initiative Create shared understanding - Use mission orders - Provide a clear commander's intent - Accept prudent risk Executed through the… Mission Command Warfighting Function The related tasks and systems that develop and integrate those activities enabling a commander to balance the art of command and the science of control in order to integrate the other warfighting functions. A series of mutually supporting tasks… Commander Tasks: Drive the operations process through the activities of understand, visualize, describe, direct, lead and assess  Develop teams, both within their own organizations and with unified action partners  Inform and influence audiences, inside and outside their organizations Staff Tasks: Conduct the operations process (plan, prepare, execute, assess) Conduct knowledge management and information management Synchronize information-related capabilities Conduct cyber electromagnetic activities Leads Supports Additional Tasks: Conduct military deception ● Conduct airspace control ● Conduct information protection Conduct civil affairs operations ● Install, operate, and maintain the network Enabled by a system… Mission Command System: - Personnel - Information Systems - Facilities and Equipment Networks - Processes and Procedures Together the mission command philosophy and warfighting function guide, integrate, and synchronize Army forces throughout the conduct of unified land operations.

12 America’s Army – Our Profession
CG TRADOC, as the chair of the AP Executive Committee IAW the SA/CSA designation of TRADOC to lead the AP campaign, approved the essential characteristics of the Army Profession in August 2011. The 37th CSA had directed to bring forth these characteristics for decision in support of other on-going Army initiatives such as the OER revision. These essential characteristics are being included in the ADP 1 update (draft/pre-decisional): Trust. Shown as a capstone in the figure, is the bedrock of our relationship with and service to the American people. Our first commitment as a profession is to preserve this sacred trust. We do this by ensuring that we uphold the remaining five essential characteristics in everything we do, every day, and in every location where we serve. Trustworthiness. Internal to the Army, trust serves as a vital organizing principle necessary for us to function as an effective and ethical profession worthy of the trust of the American people. Our commitment is to sustain strong bonds of trust throughout the Army Profession – trust among Soldiers; trust between leaders and Soldiers; trust between Soldiers and Army Civilians; trust between Soldiers, their Families and the Army. Military Expertise. Our military expertise as a profession is “the effective and ethical design, generation, support, and application of land combat power.” This is our unique contribution to the defense of our Nation. Our commitment is to continually advance our expert knowledge and skills in land combat power. Honorable Service. We exist as a profession to serve the Nation – to support and defend the Constitution - and to do so in a way that upholds American values and our way of life. This is the heart of our Army ethos. It is the core moral principle that defines what it means to serve honorably in our profession. We are all duty-bound to live daily the Army Values, oaths, creeds and Warrior Ethos that are the basic ethical building blocks of our profession. Esprit de Corps. To persevere and prevail in war and the adversity inherent in our work requires spirited, dedicated professionals who are bonded together by a common purpose to serve the Nation, who share a deep respect for our history and tradition, and who are committed to the highest standards of individual and collective excellence. Stewardship of the Profession. Stewardship is our special responsibilities to the Army Profession and to the American people. We are responsible and duty-bound to not just complete today's missions, but those of the future, ensuring that our Army Profession is capable of succeeding in whatever missions our Nation gives us. Through stewardship, we are committed developing our human capital, responsibly managing our resources, and policing our Professional ethos to ensure the long term effectiveness of the profession. 12

16 Doctrine 2015 Overview Fundamental principles Detailed information
Army Doctrine Publications (ADP) Complete as of 31 August 2012 ADRP 3-28 [15 ADPs] Fundamental principles Army Doctrine Reference Publications (ADRP) [1 per ADP] Complete as of 14 June 2013 Detailed information on fundamentals Field Manuals (FM) This shows the overall structure of Doctrine Prior to this we were transitioning from a body of literature that was captured in only Field Manuals, and had about 550 FMs when we started conversion in 2009 into doctrine reengineering. Doctrine Reengineering broke doctrine down into FMs and ATTP – Army Tactics, Techniques, and Procedures Manauls. Doctrine 2015 takes the process even further, by separating out the four major categories of doctrine information into Principles, Tactics, Techniques, and Procedures, with each category having its own manual, or part of a manual. This is a true hierarchy, in that those manuals at the top drive those below them. If there is a conflict, the higher level manual is authoritative. These manual s also go from general (ADP) down to specific (ATP), with each level getting more and more detailed. This breakout was done to facilitate updating information more rapidly. The lower levels are the ones that change the fastest. By breaking them out into separate manuals we can update these more rapidly without having to change the whole body of information on a specific subject. Finally, this breakout makes it easier to access and understand what each member of the profession is responsible for in doctrine. At the top, the ADP represent the information every professional should be conversant with. As you go down the hierarchy, each level represents a more specialized body of knowledge. What an individual needs to know is based on his or her branch, grade, and assignment. Field Manual Field Manual Field Manual Field Manual Field Manual 11/50 Complete. Suspense for all December 2012 [50 FMs] Tactics and Procedures Army Techniques Pubs (ATP) Techniques Techniques Techniques Techniques Techniques 40/~320 Complete. Suspense for all December 2015 Authenticated version on APD Input through wiki version

17 Develop Innovative, Agile Leaders
Build the Future Army Design the Future Army Develop Army Leadership Accession and Build the Army Develop Innovative, Agile Leaders Build a Lethal, Decisive Army Recruit, Accession, and Initial Military Training Training Development, Training Support, and Functional Training Doctrine Create a Versatile, Tailorable Future Force Develop, Evaluate, and Integrate Capabilities Concepts, Strategies, and Innovation for the Future Force Create a Versatile, Tailorable Future Force Build a Lethal, Decisive Army Manual Field This is what TRADOC does; Design the Future Army to meet the needs of the Nation, then build it. The first person a new Soldier meets is from TRADOC. Throughout that Soldier's career, TRADOC has a impact on what that Soldiers does daily. Through the doctrine we publish, the continued education to make that Soldier a professional, and through advances we bring with innovation. Develop Innovative, Agile Leaders The Army Profession Leader Development Professional Education Mission Command Regionally Engaged Globally Responsive Recruiting & Assessing… first unit of assignment 17 As of: 4 June 2014

19 TRADOC Every major Army installation CONUS and OCONUS
Where are we?...Every Army installation, every State 1200+ Recruiting Centers 250 Colleges or Universities 37 Schools 12 major commands 15 Tenant installations 9 Centers of Excellence Every major Army installation CONUS and OCONUS TRADOC is made of more than 53,000 Soldiers and Civilians working across the country to achieve our missions. From shopping mall recruiting stations to doctrine-developing think tanks, TRADOC can be found in every US State and major territory. We have 37 schools and train over 500,000 Soldiers every year. TRADOC provides the Senior Commander on 12 different military installations, educates future officers at 250 colleges and universities, and prepares the Army of the Future at 9 different centers of excellence. No matter what Army function or location you’re thinking of, TRADOC has a presence. College or University Centers of Excellence Basic Training TRADOC Schools Puerto Rico Guam Hawaii TRADOC is in every state and four territories across the Nation 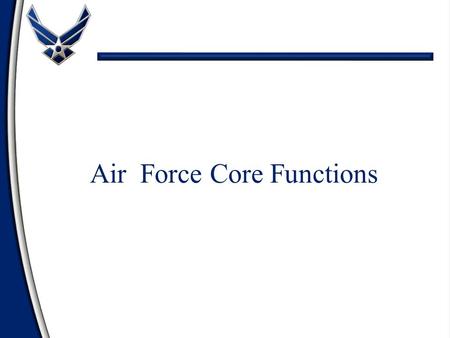 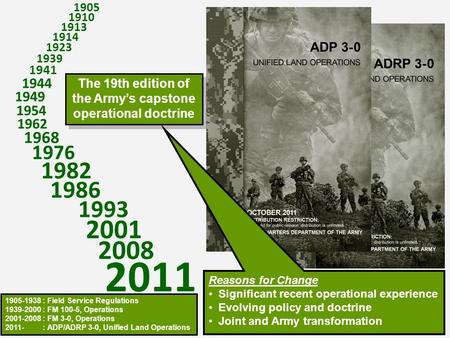 The 19th edition of the Army’s capstone operational doctrine This. 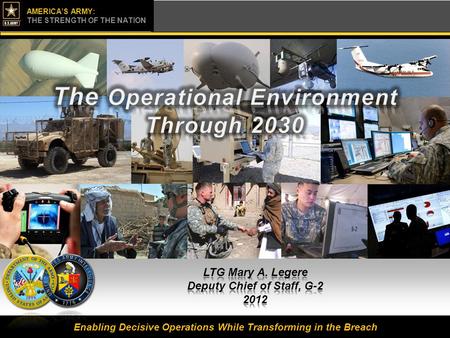 The Operational Environment Through 2030 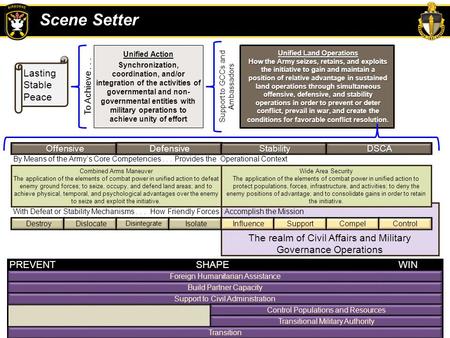 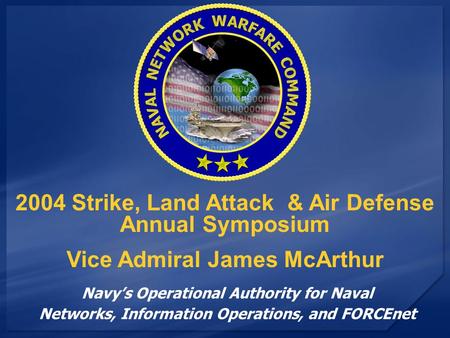 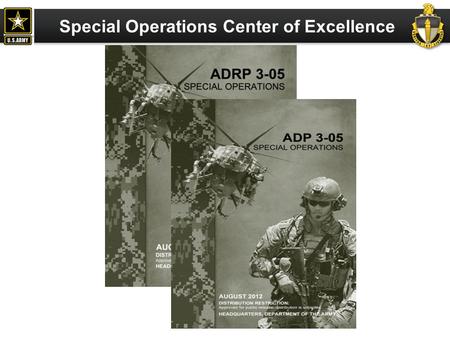 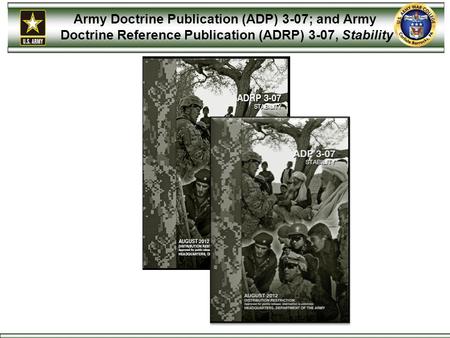 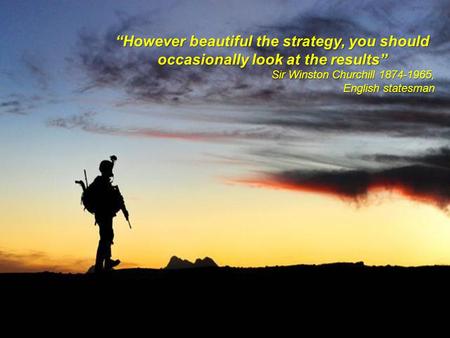 “However beautiful the strategy, you should occasionally look at the results” Sir Winston Churchill , English statesman. 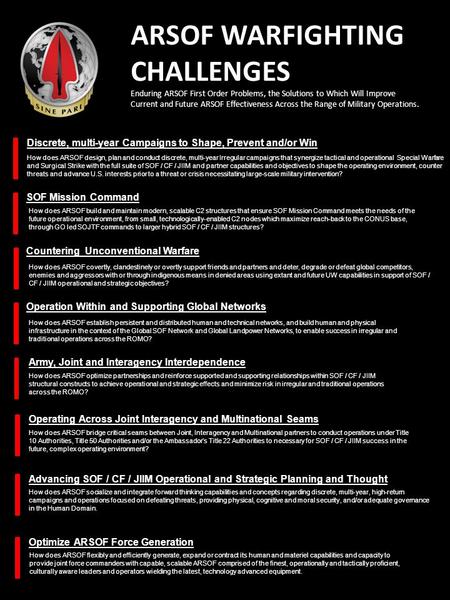 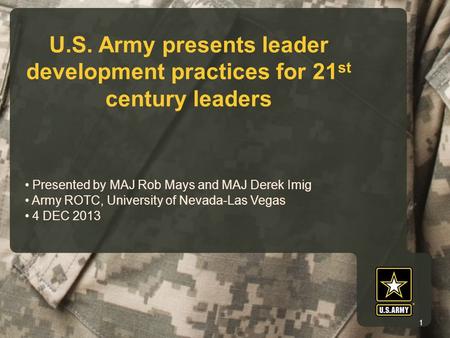 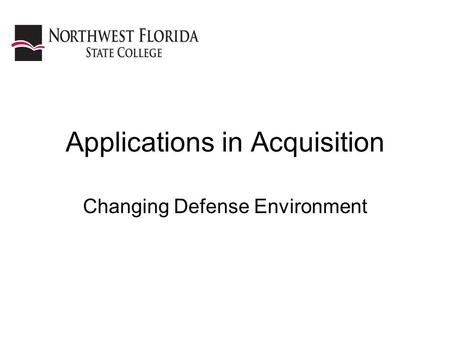 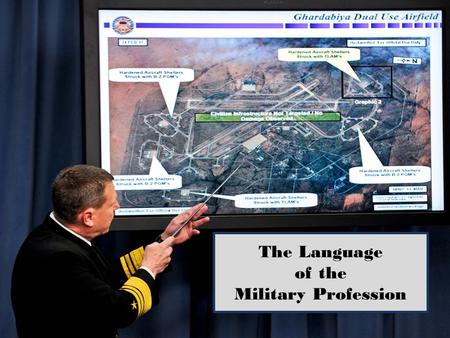 The Language of the Military Profession 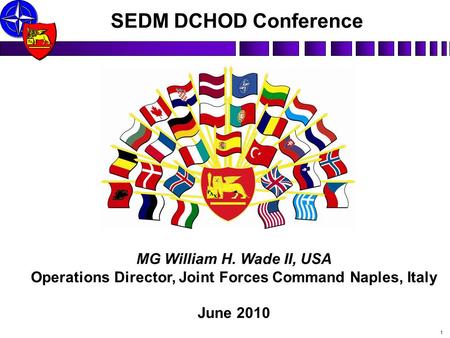 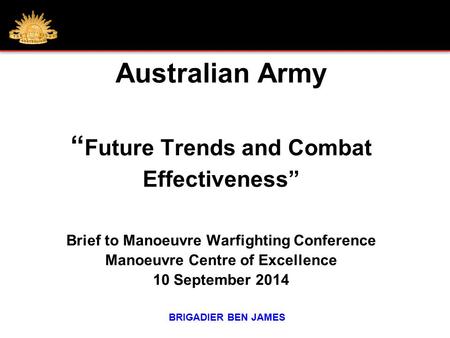 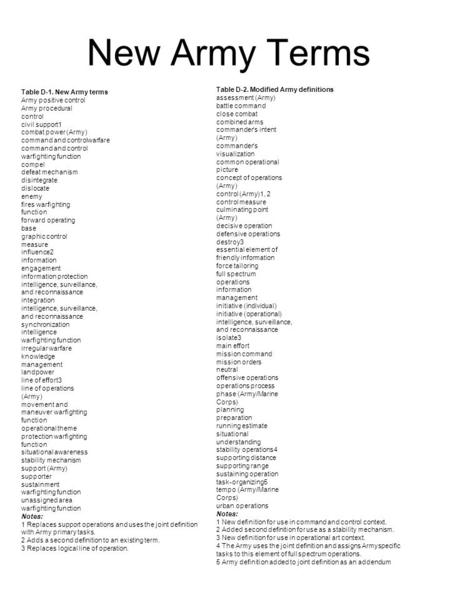 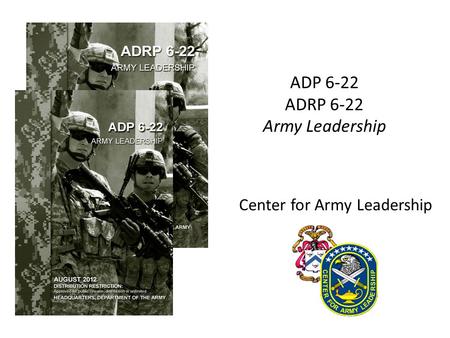 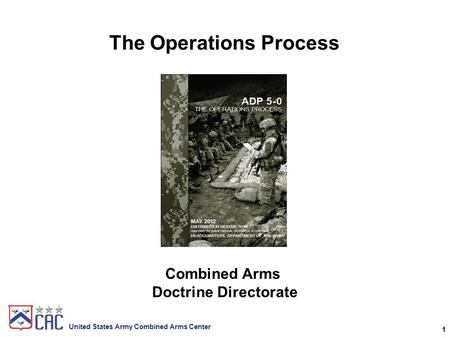 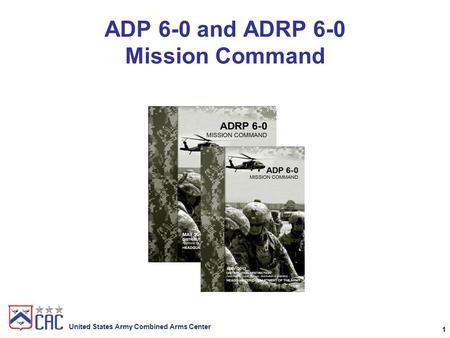 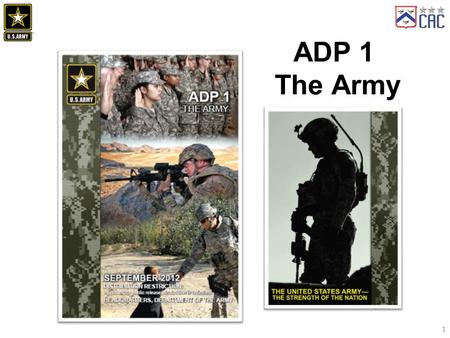 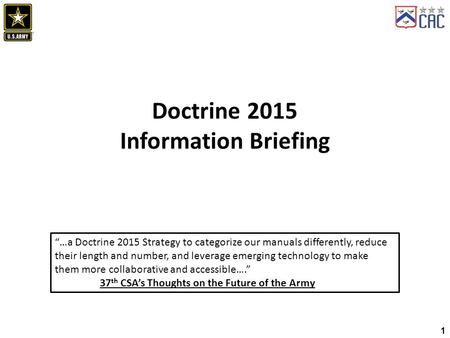