2 Sun Our Brightest Star Approximately one million Earths can fit inside the Sun. The center of the Sun, is made of helium. There are dark blotches on the Sun's surface called Sunspots. These are cooler areas of the Sun. 4.5 pounds of sunlight hit Earth every second.

3 Our Solar System Consists of nine planets.
All revolve around the Sun, which is the main source of light and heat for these nine planets. It is the Sun's strong pull of gravity which keeps the planets in orbit around it.

4 Mercury Our Fastest Planet
The closest Planet to the Sun. Only a little larger than our moon. It is covered by dust, rocks, and craters. It takes 59 days for it to rotate once around its axis. Mercury can reach a high of 800 degrees and a low of about 300 degrees Fahrenheit.

5 Venus Our Hottest Planet
It takes longer to rotate once around its axis than to revolve once around the sun. On Venus a day is slightly more than a year. About the same size as Earth. Has mountains, valleys, and plains. The heat is about 450 degrees Celsius. Has no water. Life as we know it could not survive here. Only rocks can handle the high temperature and crushing pressure.

7 Mars Our Angry Red Planet
The largest volcano in the Solar System is on Mars, called Olympus Mons. Mars has seasons like Earth. This is caused by the tilt of the planet's axis, at a similar angle to the tilt of Earth's axis Rocks from Mars have landed on Earth from meteorite impacts blasting debris through space. The average temperature on Mars is about -67 °F.

8 Jupiter Our Largest Planet
Earth could fit into Jupiter over 1300 times! Jupiter is made up almost entirely of gas. Jupiter's famous Red Spot is a great storm that has raged for at least four hundred years. Jupiter has a thin set of rings, hardly visible from Earth. Jupiter has the strongest pull of gravity in the Solar System. If we were able to stand on the surface of Jupiter, we would weigh three times as much as we would on Earth.

9 Saturn Rings of Beauty Saturn is the second largest planet.
The many moons of Saturn are as different as fire and ice. There are at least 24 of them. Saturn's rings are believed to be the particles of an old moon orbiting the planet, smashed apart in a collision about 50 million years ago. A year on Saturn would take almost thirty Earth years. Saturn is twice as far away from the Sun as Jupiter is.

10 Uranus It takes just over 84 years on Earth for Uranus to orbit the Sun. Uranus is the only planet in our solar system to rotate on its side. If we were able to see Uranus' moons orbiting the planet, they would go over and under the planet like lights on a ferris wheel. Uranus' pale blue color is caused by the methane in its atmosphere which filters out red light.

11 Neptune Neptune sometimes orbits the Sun further away than Pluto making it the most distant planet in the Solar System. Since its discovery in 1846, Neptune has not yet completed a full orbit. In fact, it takes 165 years for the planet to go around the Sun. Neptune has the strongest winds in the Solar System, and a dark spot, similar to Jupiter's Great Red Spot. 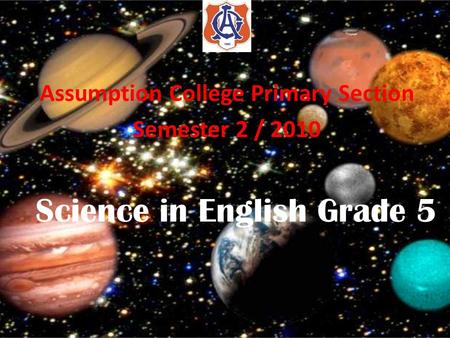