Presentation on theme: "Ch 11 Enlightenment Ideas and Reforms. Two Views on Government 1) Hobbes- Conflict is a part of human nature War of everyone v. everyone without government."— Presentation transcript:

2 Two Views on Government 1) Hobbes- Conflict is a part of human nature War of everyone v. everyone without government Life would be “nasty, brutish and short”

3 Two Views on Government 2) Locke – Human nature is shaped by experiences. Humans learn from their experiences.

6 John Locke All people born free & equal, with 3 natural rights LIFE, LIBERTY, and PROPERTY Purpose of govt. – to protect natural rights People can choose to overthrow a govt. that fails to do this

7 John Locke Father of modern political thinking Govt. power comes from the consent (OK) of the people and so does the right to rebel

8 “During the time men live without a common power to keep them all in awe, they are in that condition called war... as if of every man against every man.... The notions of right and wrong, justice and injustice have there no place.... No arts; no letters; no society; and which is worst of all, continual fear, and danger of violent death: and the life of man, solitary, poor, nasty, brutish, and short.” - Thomas Hobbes

15 Jean-Jacques Rousseau (1712–1778) Philosophized on the nature of society and government The Social Contract (People are naturally good natured). Popular Sovreignty – believed government should be created and controlled by the people.

16 Baron de Montesquieu (1689–1755) Influenced by Locke French noble and political philosopher The Spirit of the Laws (Described his idea of perfect government).

18 Voltaire (1694–1778) Real name: Francois- Marie Arouet Most famous philosophe Wrote plays, essays, poetry, philosophy, and books Wrote stinging satires about the French monarchy Championed social, political, and religious tolerance “I may disapprove of what you say, but I will defend to the death your right to say it.”

19 Mary Wollstonecraft British writer who argued for the rights of women during the Enlightenment. A Vindication of the Rights of Women

Download ppt "Ch 11 Enlightenment Ideas and Reforms. Two Views on Government 1) Hobbes- Conflict is a part of human nature War of everyone v. everyone without government." 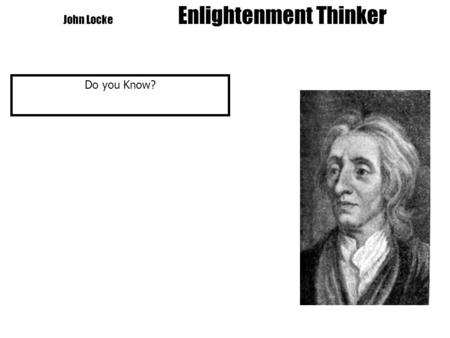 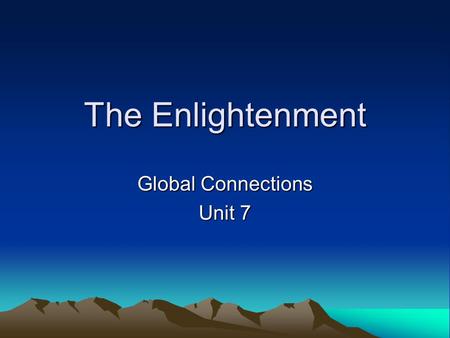 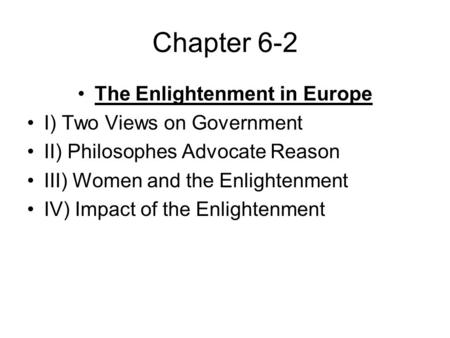 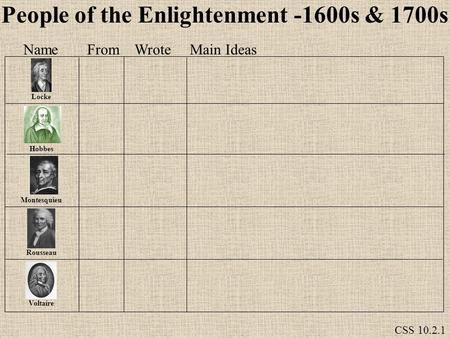 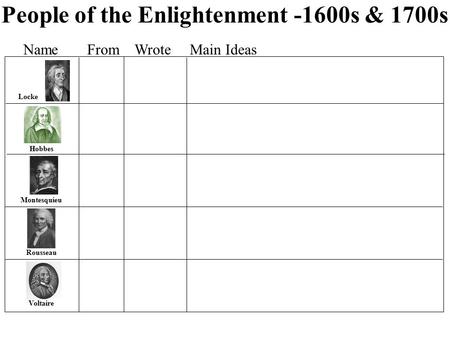 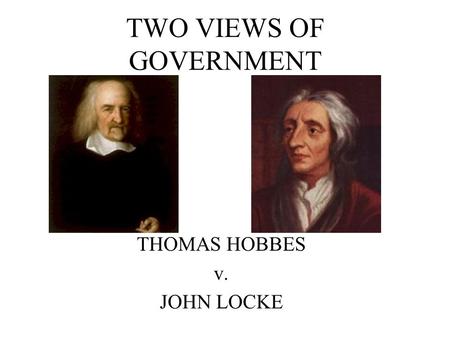 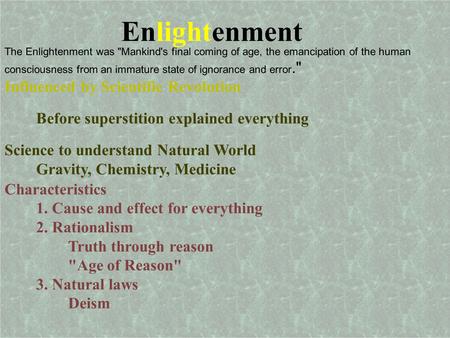 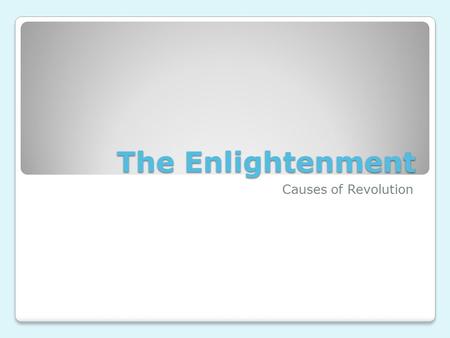