Presentation on theme: "Chapter 11 – Industrial Inventions early 1800s Notice how the development of each invention of the early 1800s affected the young nation."— Presentation transcript:

1 Chapter 11 – Industrial Inventions early 1800s Notice how the development of each invention of the early 1800s affected the young nation.

2 The Spinning Jenny & Power Loom Textile mills brought many workers & machines like these under one roof in factories powered by water wheels. People left farms for cities and created the growth of many towns in New England near rivers to turn the water wheels.

4 Eli Whitney’s Cotton Gin In 1797, The U. S. government hired inventor Eli Whitney to make 10,000 muskets for the army. He was to have the guns ready in two years. In 1801, he showed G. Washington a box with piles of musket parts. He took a part from each pile and assembled a musket in a matter of seconds. He had just demonstrated the use of interchangeable parts – parts were all exactly alike.

6 New Inventions – The Claremont made the 300 mile trip from New York to Albany and back in 62 hours in 1807. The Steam Boat invented by Robert Fulton

7 Steam engines The steam boat could move against the current of the river and the wind Led to the growth of cities like New Orleans and St. Louis Shreve also invented a better steam boat. The town of Shreveport, LA was named after this inventor.

8 Shreve’s double decker steamboat and a paddle wheel in the back 1816 it went UP the Mississippi River!!!

10 The Telegraph Invented by Samuel Morse Long and short pulses of electricity along a wire ( dot, dot dash…--..) Took seconds to communicate to other cities Brought about national unity! ---…---

13 John Deere’s Steel Plow John Deer invented the light weight steel plow with a steel cutting edge. Older cast iron plows were designed for the light sandy soil of New England. But rich clay, like the soil of the Midwest needed a sharper blade of steel. More farmers moved to the Midwest with the help of this new plow.

14 The Mechanical Reaper *The Reaper & the threshing machines helped improve agriculture. *They were made by Cyrus McCormick in 1834. *The thresher separated kernels of wheat from husks. *The reaper cut ripe grain quickly.

17 Patents Protects the inventor who has the SOLE right to make and sell the invention.

21 Ch 11 Section 1 review Name an invention and tell how it affected or impacted our young nation. Why was New England a good place to build factories? Which inventions did most to link the nation?

Download ppt "Chapter 11 – Industrial Inventions early 1800s Notice how the development of each invention of the early 1800s affected the young nation." 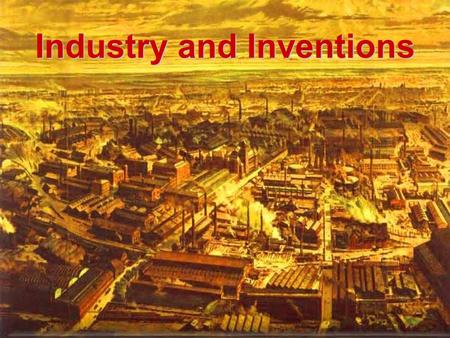 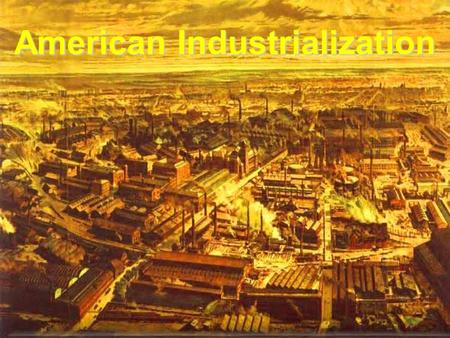