1 Early Industry and Inventions By: Team A: Samantha, Aditya, Hahyeong

2 Industrial Revolution Question: How did the Industrial Revolution change the way people worked? Answer: Factory machines replaced hand tools. Unskilled workers weren’t experienced enough to make cloth and yarn. Now, unskilled workers such as children could make products faster with new inventions like the power looms. Large scale manufacturing replaced farming as the main form of work. The factory system brought many workers and machines together under one building. People left their farms and went to cities where factories were.

3 Textile Industry Question: How did the Lowell Mills change the textile industry in the United States? Answer: The first mill was built in Waltham, Mass. This mill was the first to use power looms in the United States powered by water in fast moving water currents. The factories were multitasking by not only making yarn but making cloth at the same time. Farm girls worked in the factories for twelve and a half hours. In the early years wages were $2-$4. But in the late years wages dropped working conditions worsened for the girls.

5 John Deere’s Plow Question: Why was John Deer’s plow an important development? Answer: The new plow was light weight with a steel cutting edge. The old metal plows were iron plows and it was designed for the sandy soil of New England. But Midwestern soil clung to the bottom of these plows and slowed work. The new plow made preparing the Midwestern soil much easier and quicker. As a result farmers began moving Midwest.

6 Linking the Country Question: How was the country linked together during the Industrial Revolution? Answer: Mid-west farmers grew food supplies for the North- eastern factory workers. In, turn Midwestern farmers became a market for Northeastern manufactured goods. Northeastern textile mills increased and demanded more southern cotton which led to expansion of slavery. 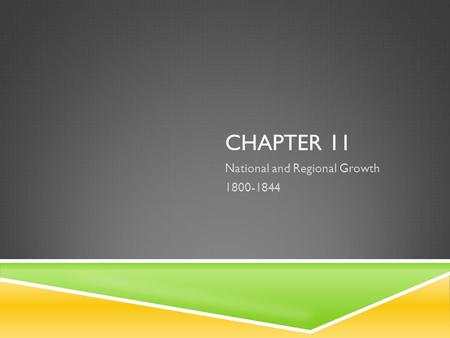 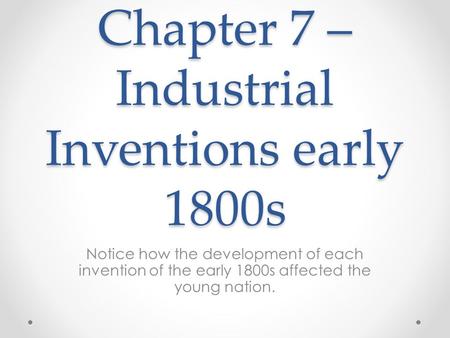 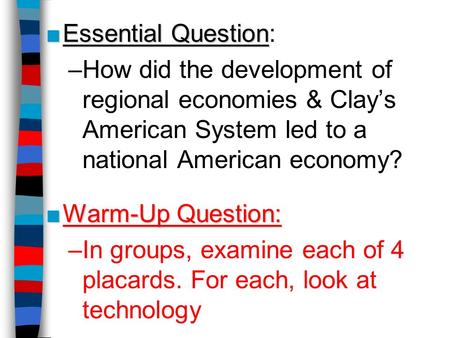 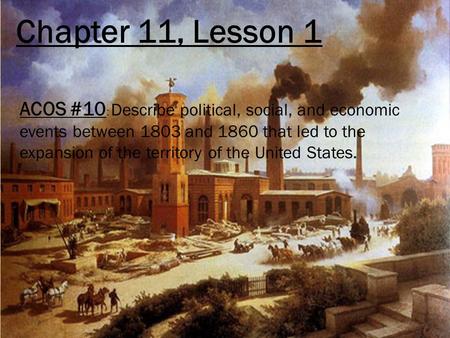 Chapter 11, Lesson 1 ACOS #10 : Describe political, social, and economic events between 1803 and 1860 that led to the expansion of the territory of the.